As Fortnite continues to evolve with new Marvel-themed additions coming basically every week, such as Dr. Doom’s mansion and Stark Industries, but some of the smaller changes that shouldn’t be overlooked are the Gatherer Drones. These little robots appeared with the much larger Gorgers, and fly around the map sucking up loot to deliver to their masters. If you know how to find and destroy them, you’ll be rewarded with more than you might expect.

How To Find And Destroy Gatherer Drones In Fortnite

Gatherer Drones spawn from the much bigger, and more dangerous, Gorgers. These are a challenge to take down themselves, but the drones are thankfully much easier to manage. To find them you’ll first need to locate a Gorger, which will appear in random locations each game. You will be able to find them when jumping into a match by the red beams of light they shoot up into the sky. 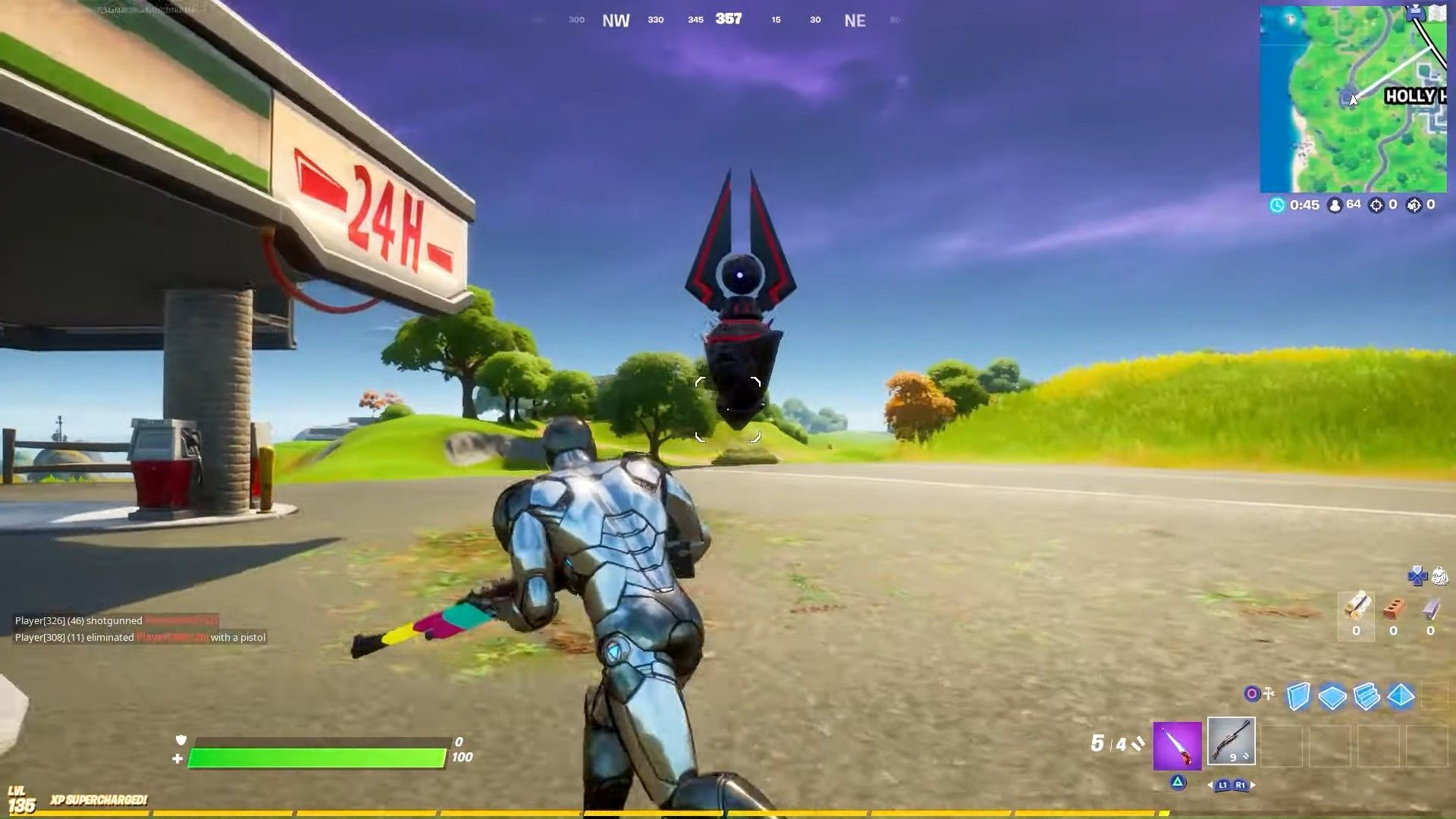 Once you target a Gorger, land nearby and grab a weapon before you start hunting for one of the Gatherer Drones. They may not be the most dangerous thing on the map, but you wouldn’t want to run into one with nothing but your pickaxe.

Shooting down a Gatherer Drone is worth your time for several reasons. First, you can collect whatever loot it was bringing back to the Gorger, but the drone itself can also be picked up as a powerful gun. They function like a normal semi-auto, but with the addition of a very strong charged laser shot. Just make sure you grab them quickly because they will self destruct a short time after being shot down. 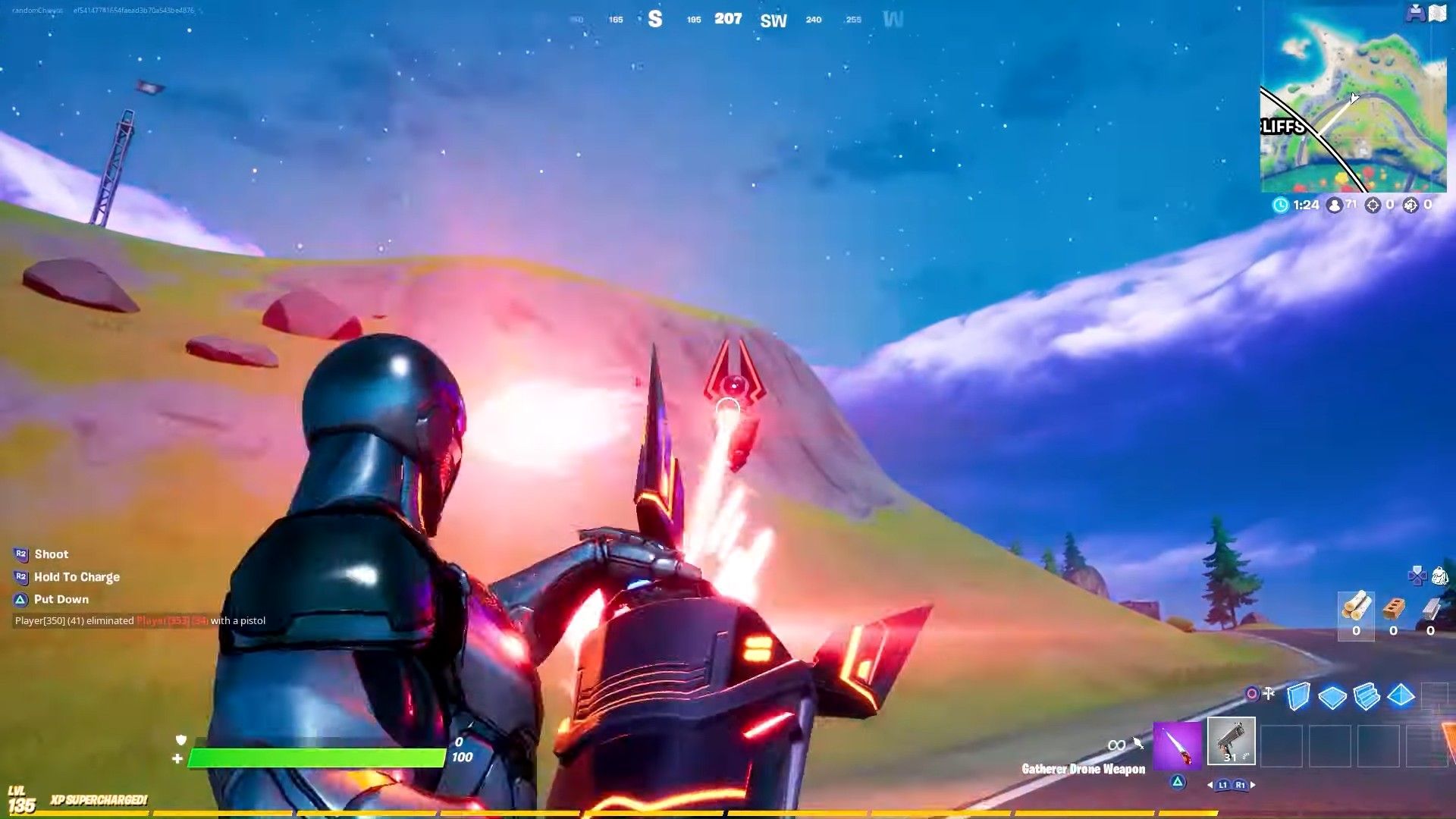 Aside from the loot possibilities, Gatherer Drones are part of two very lucrative weekly challenges. The first of which is to find and destroy 20 of these little bots. That might seem like a lot, but if you camp out near a Gorger, without killing it, it will continue to spawn more Gatherers as you kill the ones it already released. Once you destroy all 20 you gain a nice 25,000 XP.

The second challenge is to deal 10,000 damage with the Gatherer weapon itself. You should stack this one with the first, using a destroyed drone to take out the others, and then if you happen to need any more damage after you’ve reached 20, go ahead and target the Gorger itself. This challenge is worth a hefty 50,000 XP so don’t sleep on it.

The Marvel’s Avengers beta will give Fortnite players Hulk Hands