Do you hear that? It’s the sound of the rally cry that’s been ringing out within the realm of video games this month. Inertial Drift brought its twin-stick drift controls and light-hearted retro vibe to players, while WRC 9’s in-depth rally mechanics succeeded in its goal of providing rally racing fanatics with hyper-realistic gameplay. Being added to the mix next week, Art of Rally brings its colorful and uniquely-stylized environments to PC via Steam and GOG, offering up yet another type of rally racing experience. Don’t let its relaxing vibe fool you, though. Art of Rally is still just as intense as any other rally racer, which, unfortunately, oftentimes comes as a result of the controls feeling like they could use a bit of tightening up.

View From The Top

The thing that sets Art of Rally apart from the other racing titles that recently released is its top-down perspective. Unlike typical racers, instead of driving from a perspective from behind or inside of the car, you’ll be hovering above your vehicle like a drone, navigating the winding curves of each course. In addition, whereas Inertial Drift showcased cel shaded animation and WRC 9 featured realistic graphics, Art of Rally is very minimalistic in its art design. 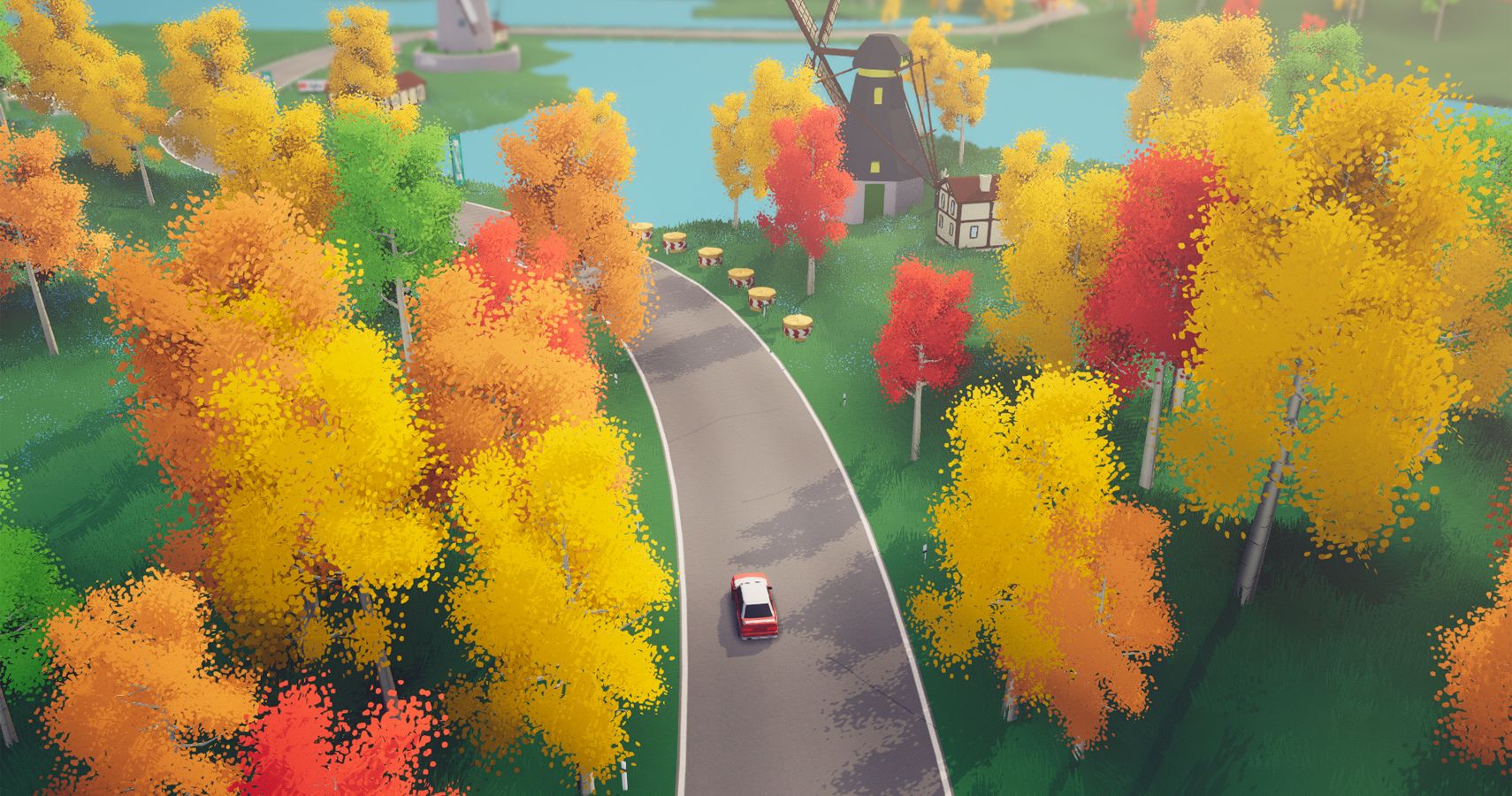 A handful of colors accompany the minimalistic courses and MicroMachines-like vehicles. Trees and sparse structures line the tracks, while random groups of stick-figure fans watch you zoom past them (seriously, they are literally just single, long sticks). The soundtrack – made up of mostly chill-vibe synthwave – fits the aesthetic perfectly. I often found myself zoning out as I familiarized myself with each new track in the game’s free roam mode. That is, until I found myself wrapping my car around a tree or flying into a ditch – an occurrence that happened more than I would like to admit.

Controls are pretty standard in Art of Rally, with your brakes and handbrake playing a vital role in properly executing a drift. Although the game allows for playing on a keyboard (and is simple enough to do so compared to other racing titles), I generally prefer to use a DualShock 4 controller with racing games. Honestly, though, both options took quite a bit of getting used to. Becoming an expert driver in Art of Rally is no joke, requiring a ton of time and patience to get a handle on the mechanics necessary for drifting around each tracks’ many curves. While I generally expect rally racers to have a looser control scheme than a non-rally racer, Art of Rally felt extra loose, requiring me to put my drift strategy into action far earlier than what felt natural given what my vehicle was doing (speed, angle, etc.).

Even if I did manage to successfully navigate a curve, if I hit that same curve again using the same sort of strategy, there was a decent chance that I would still end up drifting right off of the track. This was primarily an issue when I was trying to get faster times in the game’s time trial mode, which features its own online leaderboard. Some of the issue can be alleviated by adjusting the vehicle control settings, but the overall inconsistency was pretty exhausting. However, after you get over the game’s initial (albeit large) learning curve, Art of Rally becomes pretty enjoyable.

Successfully drifting around a big curve is incredibly satisfying. Stringing together serpentining combos of weaving drifts is even more satisfying, and were instances that reminded me of playing these types of games in the arcade with an actual wheel. Weather and track obstacles add to the challenge, with plenty of replayability coming with Art of Rally’s 50+ rally cars that range from the 60s, 70s, 80s, Group B, S, A, along with the 60 rally stages inspired by real-life tracks from Finland, Sardinia, Norway, Japan, and Germany. Daily and weekly challenges are also available if you’re looking to compete against other players online. 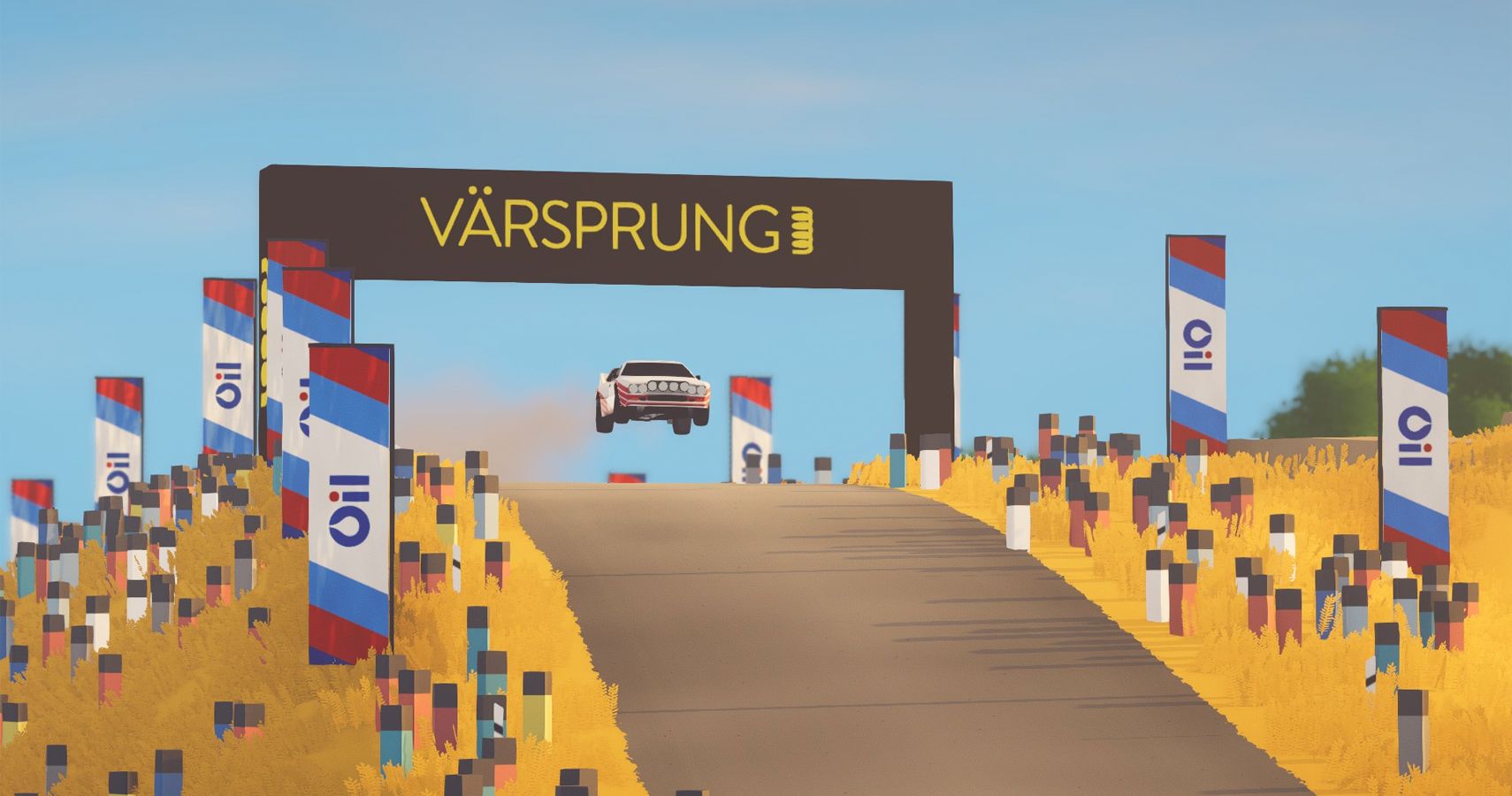 For me, though, the charm of Art of Rally is in its free roam mode, especially after unlocking all of the vehicles and tracks. Zooming around the game’s colorful, beautifully designed environments with the easy tunes of the soundtrack is a surprisingly great way for me to zone out after a stressful day. If the controls, especially for a hand-held controller, can be tightened up even just a little bit, Art of Rally could become a title that I play every day – whether it be during a warm-up session before a night of gaming, or as a way to close out a long day.

Become A Fishing Master In New Horizons By Closing Your Eyes (Seriously, It Works)

Manus Brings Your Entire Body Into VR With its Polygon System

PS5 Release Is Still On Track For Holiday 2020