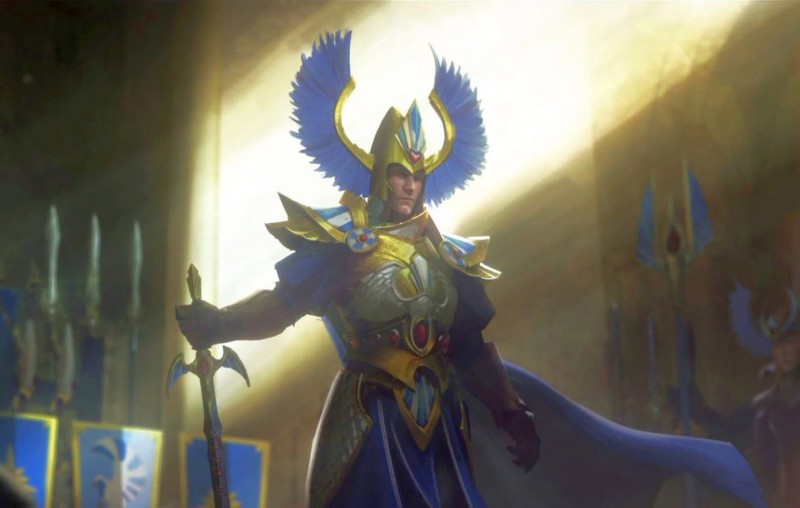 Henry Cavill wowed audiences with his performance as Geralt of Rivia in Netflix’s Witcher series, a part he pleaded to play after falling in love with the games and books. The actor hasn’t been shy about sharing his enthusiasm for video games, especially playing them on PC. Cavill discussed in the past his love for the Total War series and painting miniatures, but now that love has been immortalized in the most recent DLC for Total War: Warhammer II.

Creative Assembly took notice of his passion and gave him his very own role in The Warden and The Paunch DLC. He starts the campaign at your side as a loremaster of Hoeth and has some traits that speak to his Witcher role, such as one called “The White Wolf,” which provides a +15 bonus versus large units and his ability being “Potion of Toughness.”

For those interested in having Cavill by your side in his digital form, The Warden and The Paunch launches tomorrow (May 21) for $8.99.

Check Out Some The Witcher: Monster Slayer Gameplay