After several failed attempts to get into the series, Monster Hunter World opened my eyes. The expedition of the fifth fleet took us to a brand new world with dozens of detailed, ferocious monsters that I couldn’t stop blunting my blades on. I was hooked instantly and adored traversing the world with my precious Palico pal as we took down ancient dinosaurs and all manner of other hostile beasties. Now, years removed from the launch of Monster Hunter World, the franchise is returning to its natural home on portable systems, and Monster Hunter Rise is, without a doubt, the next big Nintendo Switch game to get excited about.

I started my adventure as I do any other: by completely ignoring the tutorials and rushing towards an Intermediate-level monster with a weapon I was unfamiliar with. The Mizutsune is a vicious creature that crawls on all-fours, has a set of sharp claws, the head of a dragon, tough scales, colourful fins, and a furry underbelly. It looks almost cute, but then it starts rampaging, dashing back and forth around the shallow waters, kicking up bubbles that float around the arena – touch one and you’ll get a harsh cut to your stamina, which is honestly the best-case-scenario for getting careless. The Mizutsune is brutal, so it’s not surprising that I was beaten down while trying to learn the optimal combos for the Charge Blade. Begrudgingly, I elected to go back to the tutorial.

Monster Hunter Rise is in a bit of a weird position. While Monster Hunter World was a resounding success – Capcom’s best-selling game of all time, in fact – there were still plenty of long-time Monster Hunter fans who were, frankly, a bit underwhelmed by it. The Scoutflies were an excellent way to make navigating the huge areas of MHW easier, but they also simplified tracking monsters and turned exploration into just running through corridors and tapping on anything that glowed. It felt like a more streamlined approach to the series, which is great for newcomers like me, but disappointing for the legions of other players who want to spend 500 hours hunting monsters with friends, with no help needed or wanted from the likes of glowing insects. 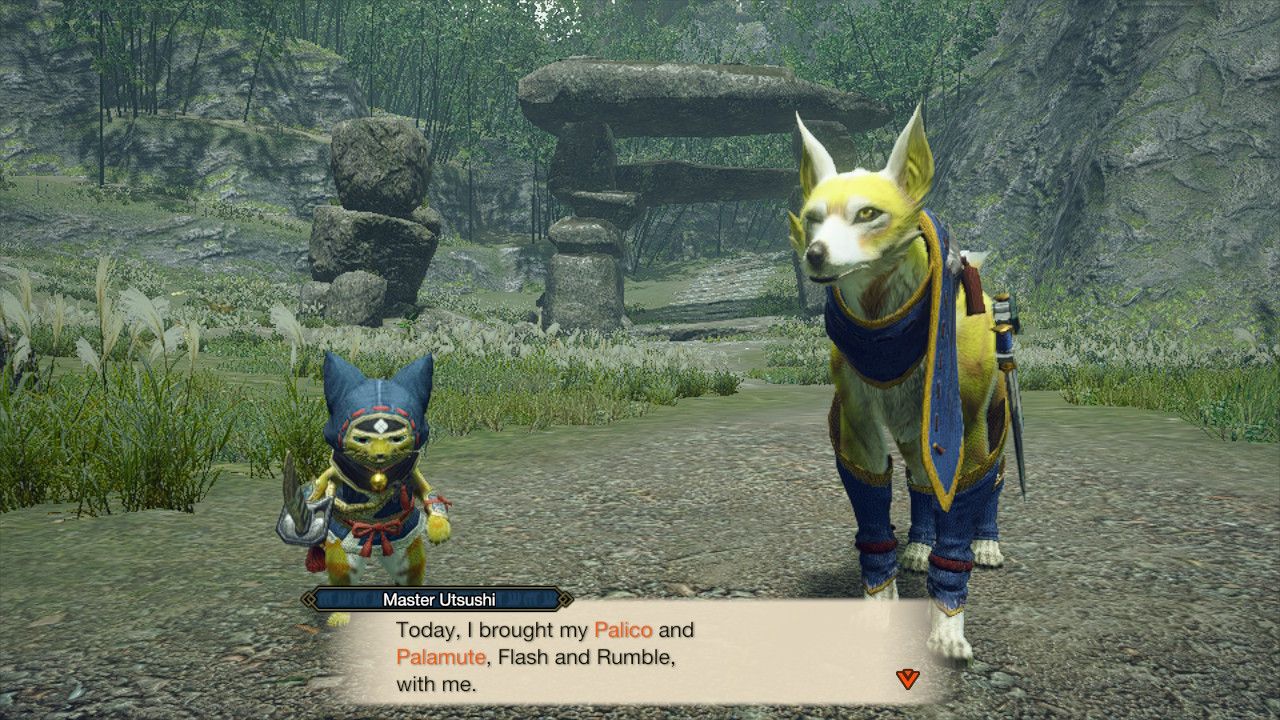 Well, Monster Hunter Rise has done away with the Scoutflies, which makes sense for a far smaller overall area to explore, but it has also made navigating the environments simpler and more freeing. The Wirebug is the new tiny insect companion you’ll be partnering with here. You can collect Wirebugs all around the map, and use them freely in combat, either for a swift dash forward, or a leap into the air. Even outside of combat you can use them to climb onto buildings and rock formations, getting the best possible vantage point before your fight. I can see these bugs becoming very important for long-range builds, especially since this essentially gives players a limited method of dashing, even while they have their weapons equipped – something previously impossible in Monster Hunter games.

The Wirebug gives you a lot of extra mobility both inside and outside of battle, which makes me excited to see what veteran Monster Hunter players will do with these new abilities – although that’s not the only new addition you can play with in Monster Hunter Rise. Quite possibly the most exciting new feature is Wyvern Riding, which is pretty much exactly what it sounds like, but can be extended to any large monster. Using a special creature called a Puppet Spider, you’re able to attach multiple tethers to larger creatures and use them as reins to control them, like an argumentative horse.

This new feature is fascinating, as it adds an extra layer to those exciting and explosive moments where two wild monsters begin to fight each other. With a Puppet Spider nearby – you can either find them on the ground or collect and throw them near monsters – you can mount and ride monsters, literally controlling their movements, whether that’s to make them evade, perform two kinds of attacks, run, or just slam them into a wall so you can dismount and start slashing. This is very different to Monster Hunter World’s mounting system, where you would essentially mount a monster and stab at it from above until it either drops or bucks you off. Here you’re using monsters to purposely fight one another, doing a fair amount of damage to both of them before you move in to finish the battle. 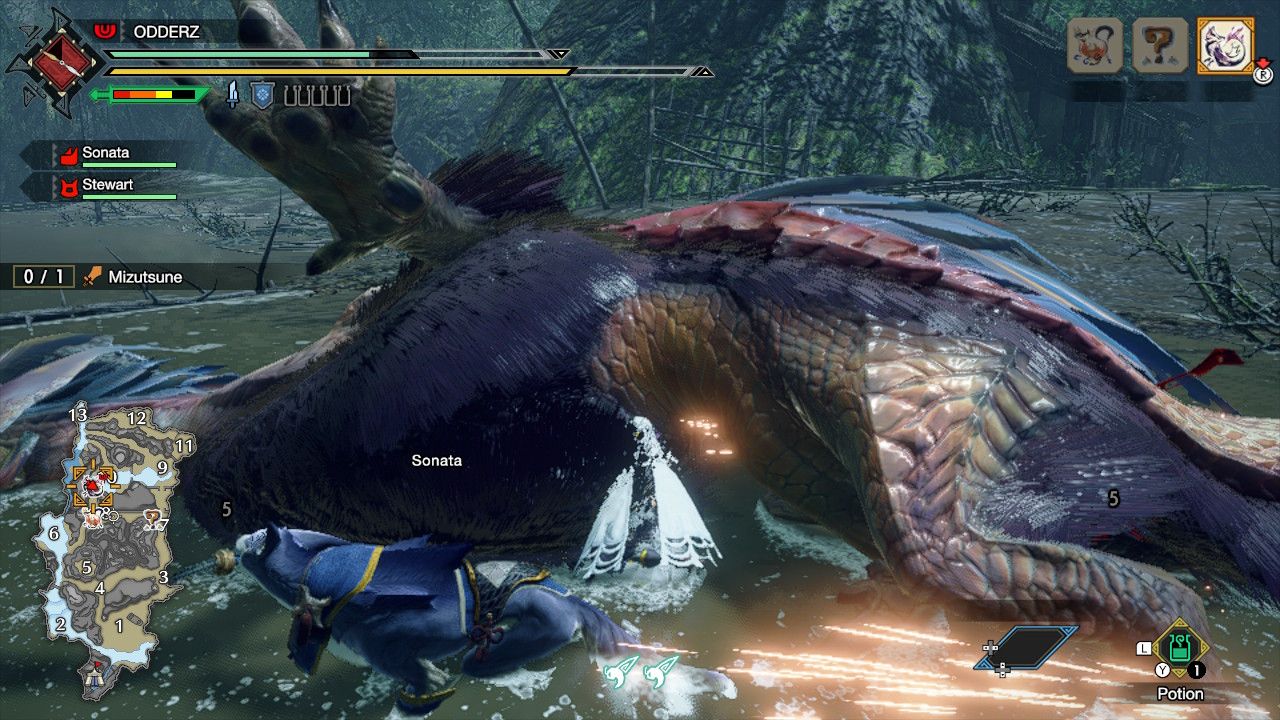 And while the aesthetics of the places you fight in have never been the most essential or important part of Monster Hunter, I have to say I am enamoured here. I love the lush jungles and grimy wastes of Monster Hunter World, but the first area we’ve seen from Monster Hunter Rise is, actually, beautiful. Serene waterfalls, Shinto temples, bamboo forests – it’s gorgeous to look at, and while the graphics nerd deep within my heart is somewhat dismayed at seeing Monster Hunter on a portable again instead of a next-gen console, there’s no doubt in my mind that this art style and aesthetic is beautiful, and will have a lot of fans pining to see more.

Monster Hunter Rise is in a weird position, as it needs to ignite the passions of both older fans of the series, as well as the new fans brought in by Monster Hunter World. But from everything I’ve seen in this demo so far, I can’t help but believe it’ll do just fine. Now if you’ll excuse me, I really need to take Mizutsune to task…

Next: Monster Hunter World: The 10 Hardest Monsters To Take Down (& Strategies To Beat Them) 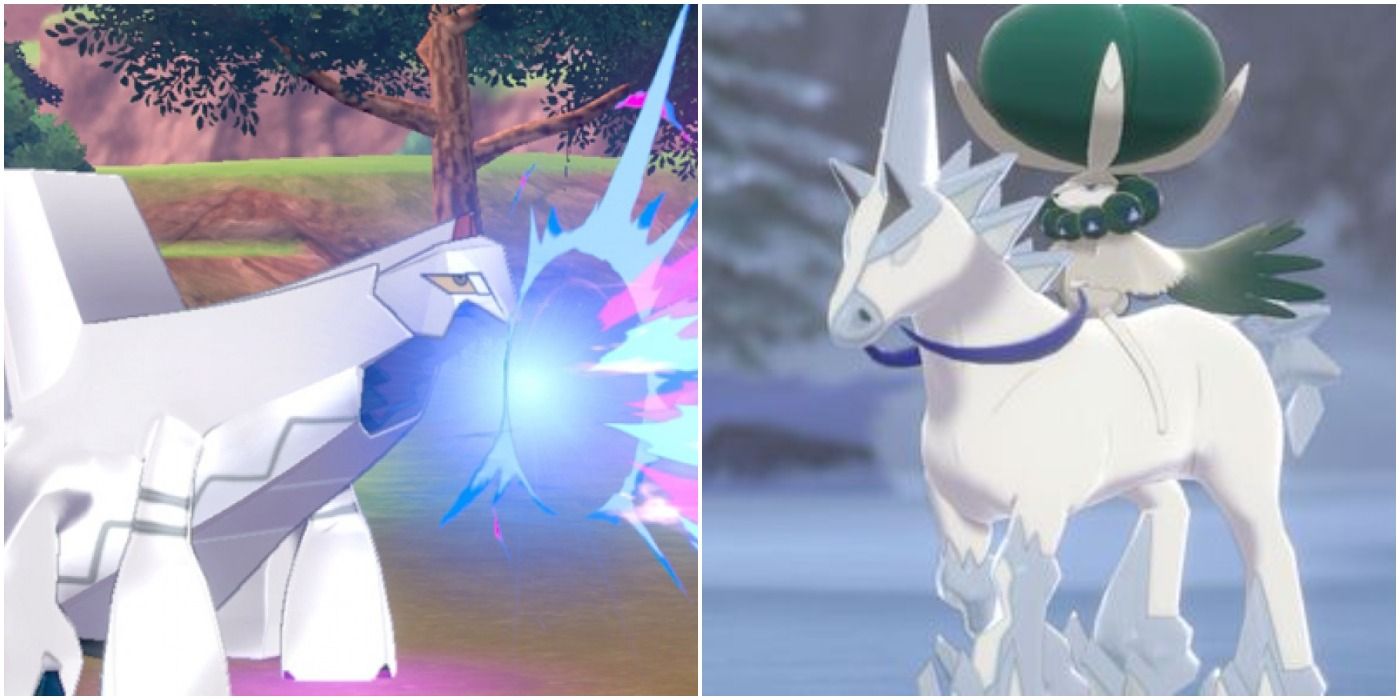 I Can’t Stop Raining Violence In The Ascent

Fortnite: How To Earn V-Bucks Daily With Save The World