There are thirteen possible birthsigns to choose from in The Elder Scrolls III: Morrowind. That is a lot for anybody to take in. After that, you have the rest of the convoluted character creation that follows and the skill specializations that you’ll need to start investing in after that.

However, the birthsign you choose could become entirely moot if you don’t select a conducive race or character traits, and specializing in the wrong skills can throw off your entire build even more. So if you are having trouble discerning which birthsign best suits the playstyle you’re aiming for, scroll through this comprehensive guide to make light work of a tough decision. 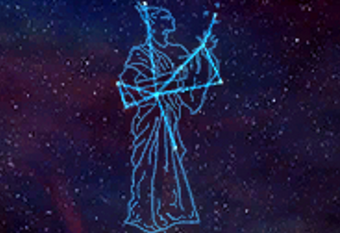 The Apprentice is a magical sign, with those born under it showing an innate aptitude for the arcane arts. However, they are also extremely susceptible to magical attacks. Altmer born under this sign should be especially cautious.

However, Altmer can make extraordinary use of this star sign, so if you’re looking for a glass cannon-style mage build, then this is the sign for you. Coupling the Altmer race and Apprentice star sign characteristics with the Mantle of Woe robes and beefing out your intelligence to 100 would potentially bolster your magicka reserves up to 900. 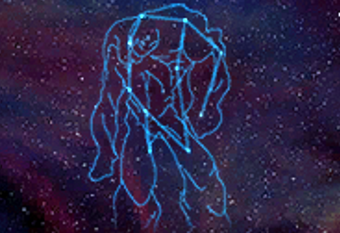 As the namesake suggests, those born under the Atronach have vast magicka reserves, but they are unable to regenerate that reserve through natural ability. That doesn’t make this sign worthless by any means. If you are willing to devote weapon or armor enchantments to the Absorb Magicka Enchantment, you can compensate for the shortcoming. Another way to negate the stunted regenerative effects would be to become a proficient alchemist and brew a large store of Restore Magicka potions.

Those with the Atronach sign naturally utilize the Spell Absorption ability, which gives them a chance to transform the energy from a magical attack into a portion of regenerated magicka. Those with steadfast willpower will benefit the most from this natural talent, so if you’re drawn to this sign’s untapped potential, be sure you’re allotting plenty of points to the Willpower attribute. 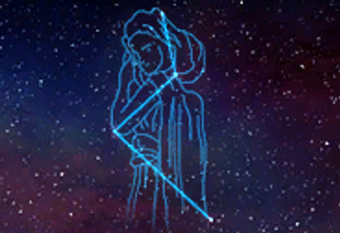 Those born under the Lady star sign have big personalities — quite literally. Their “Lady’s Favor” ability contributes 25 to the Personality attribute, and “Lady’s Grace” grants a bonus of 25 Endurance. The personality attribute is the key perk of this sign, bolstering your disposition and causing others to hold you in higher regard.

Anyone who enjoys using a silver tongue to make it through sticky situations will want to utilize this sign. A strong personality helps with bending others to your will through taunts, intimidation, or others’ genuine admiration for your shining charisma. Given these finely tuned social skills, people are more likely to share sensitive information or help you out along your travels.

With that in mind, you will definitely want to enhance your personality as much as possible. That means making sure to utilize the Illusion, Mercantile, and Speechcraft skills as often as possible to maximize the multiplier during level-up. These are pretty broad skills that pair nicely with virtually any build. However, the Lady’s way with words and aptitude for Illusion magic predispose these individuals to excel in the Healer, Bard, or Agent classes. 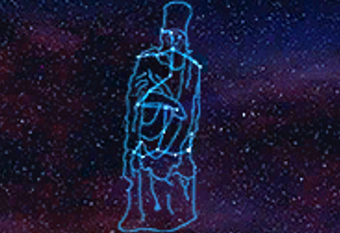 All those born under the sign of the Lord are more invigorated than other signs, able to restore their own health with the “Blood of The North” spell. This spell regenerates 2 points of health for 30 seconds. However lordly, these individuals are not impervious and take massive damage from fire-based assaults.

Willpower bolsters the intensity of the “Blood of The North” spell. In turn, Willpower is strengthened through the use of Alteration, Destruction, Restoration, and Mysticism magic. This all suggests those under the Lord’s sign should focus on tapping into their inclination for the arcane arts and could prove to be apt Sorcerers, or possibly Battlemages.

Those individuals whose birthdates fall under the Lover’s sign are more agile and stunning than others. Their ability “Mooncalf” fortifies their agility by 25 points while their unique spell, “Lover’s Kiss,” paralyzes targets for a full minute. However, the spell also does a hefty number on the caster’s fatigue, making them less poised in battle.

Imperials can use the “Star of The West” spell to negate the fatigue drain from “Lover’s Kiss” temporarily. The Lover’s fortified agility makes them a prime candidate for thievery and marksmanship. By practicing their block, light armor, sneak, and marksman skills, they can bolster their agility with a critical multiplier for each level-up. This, in turn, makes them all the more proficient as a thief. Of course, they can weasel their way out of a pinch by planting an immobilizing lover’s kiss on any target that catches them out. If an individual under the Lover’s sign prefers a more honest lifestyle, they may find success as a Monk instead.

The Mage is a simple star sign, with those born under it receiving a 0.5 multiplier to their overall magicka. Naturally, this sign is most well predisposed to specialize in the mage class. Though some may consider the Apprentice or Atronach to be stronger in the arcane arts, the Mage is an easy choice for beginners who may not want to worry about the debuffs those birthsigns suffer.

Those born under the Ritual star sign have two innate spells which can turn the dead and a regenerative ability that significantly bolsters their health. “Blessed Word” hits an undead target with 100 points of demoralization, likely causing them to flee for 30 seconds. “Blessed Touch” has the same potency but requires the caster to touch the target for the spell to take effect. “Mara’s Gift” is the third and final ability these individuals possess, allowing them to restore 100 points of vitality. As a charge of the Mage constellation, it is fitting these persons should specialize in the mage class as well.

The Serpent is a double-edged sword. The spell “Star Curse” gives those that fall under its sign the capability to poison enemies on touch while simultaneously depleting the caster’s health 1 point for thirty seconds. Because Willpower governs the poison ability, the persons both blessed and cursed with this birthsign may consider the Nightblade or Spellsword paths, depending on their race.

The Shadow birthsign is all about stealth. Those born under this sign have the Moonshadow ability, which allows them to become completely invisible for a full minute.

As one of the Thief constellation’s charges, but no real specialization past invisibility, individuals under this sign are prone to any and all classes that may need to disappear like smoke. A commonality amongst the stealth classes is Speed; you always want to be able to make a swift getaway should you be spotted. Or in the case of the Shadow, before your invisibility wears off. However, other pertinent attributes are subject to change depending on what sort of stealth work you aim to do.

To excel as a common Thief, you’ll want to focus on your Agility, while a Scout will trade Agility for Endurance. Nightblades rely heavily on Willpower while Assassins flex their Intelligence.

Archers, Agents, and Acrobats like to remain stealthy as well and could make good use of an invisibility perk, but instead of Speed, these classes prefer Agility. If marksmanship is your calling, you’ll want to focus on Strength as well, while the life of an Agent calls for a strong Personality, and Acrobats need long-lasting Endurance to pull off their athletic feats.

An outlier to these covert operations is the Monk class. These pacifists aim to avoid detection as well, but they focus their skillset around unarmed combat, Agility, and Willpower.

Those whose birthdates fall under the Steed get a 25 point speed boost thanks to the Charioteer ability. As this ability has a broad range of usage as well, individuals of the Steed birthsign will excel in any class that relies on the Speed attribute — those being the Thief, Scout, Nightblade, and Assassin mentioned above. Though as a charge of the Warrior constellation, these individuals’ speed could be put to good use in the Athletic abilities required of the Warrior class as well.

Naturally, you would expect thieves to be born under the Thief sign, and to some capacity, you’d be right. The Thief star sign grants 10 points of sanctuary through the Akaviri Danger-sense ability. This increases the evasion rate against incoming attacks, which could prove highly beneficial for agile and lightly armored thieves.

However, sanctuary falls under the Illusion category of the arcane arts, meaning its potency is governed by the Personality attribute. That makes it a proper fit for classes such as the Rogue, Pilgrim, Knight, Healer, Bard, or Agent.

Though it is a charge of the Thief constellation, the Tower is a sign powered by magic. Its “Beggar’s Nose” spell enables the caster to detect keys, enchantments, and any body with a living spirit inside. Persons born under the Tower sign also have the “Tower Key” power, which is powerful enough to open any lock.

These abilities are powered by Mysticism and Alteration magic, respectively, thus classes such as Sorcerer, Nightblade, Mage, and Healer would be conducive to powering them up. Out of those, Sorcerers with their fondness for loot would make good use of the “Tower Key” ability, and Nightblades are natural thieves.

The Warrior is another straightforward birthsign. Its “Wayward” ability fortifies attack power by 10 points. This is evidently a good perk for the battle-ready Warrior class, but it could also be used to strengthen a diverse range of classes.

The Wayward ability is classified under Restoration magic which is ruled by Willpower. This makes it a good choice for Spellswords, Pilgrims, Monks, Knights, Healers, and Crusaders.

NEXT: A Simple Breakdown Of The Complex Elder Scrolls Universe 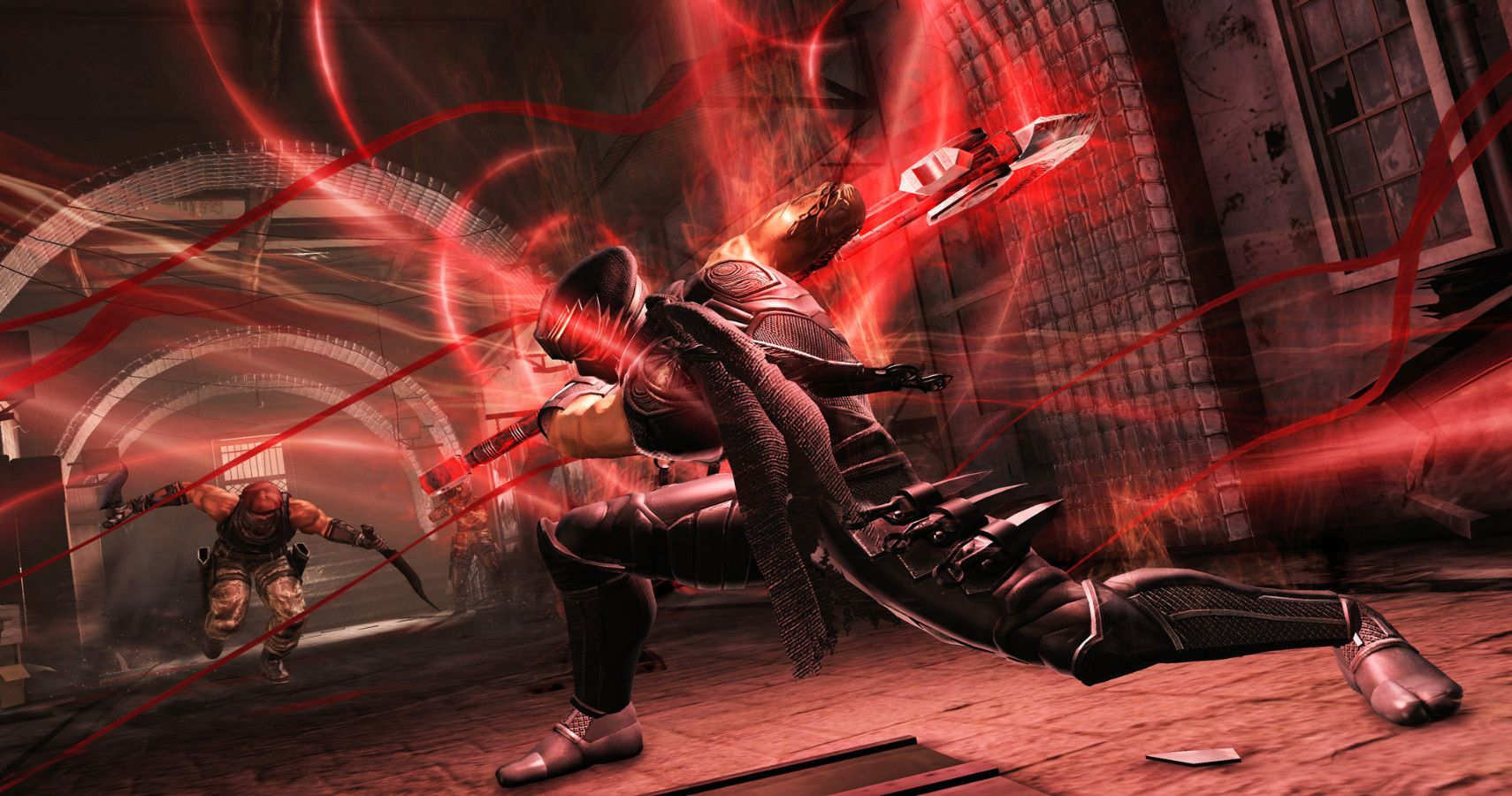