It is no secret that some developers can become greedy when dealing with their players, but Dead or Alive 6 has taken the cake recently in charging money each time a player changes their hair color. Developer Team Ninja has finally responded after a considerable amount of backlash online, saying that they are sorry, but offering no concrete solution to the problem at hand.

The issue stemmed from players needing to spend real money to change a character’s hair color, but this did not unlock a permanent cosmetic item, and instead the change was only temporary. In order to change a character’s hair color, players need to purchase a Premium Ticket for every single-color change. Each ticket costs about $1, or less if bought in bulk, meaning that if a player wants to change their character hair color, and then later change it back, it will cost about $2. When this system was revealed to players, an understandable reaction came in the form of online complaints. 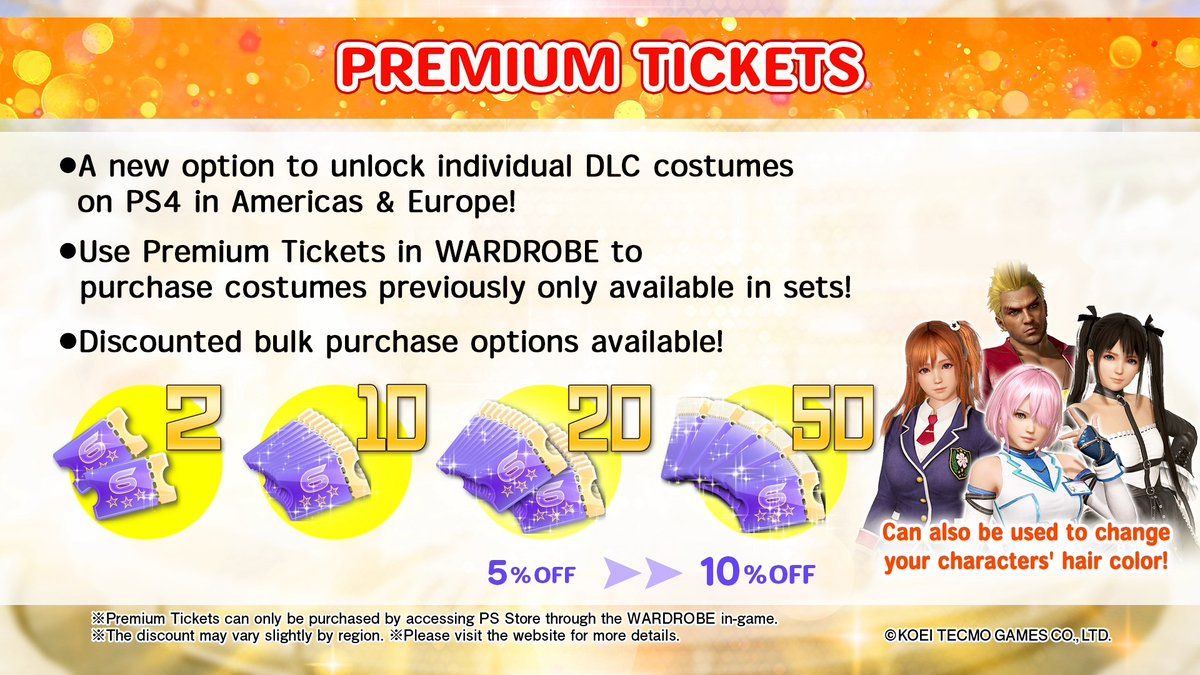 Despite the normal practice of constantly releasing new cosmetics, the hair change option seems to have been one step too far for the player base. The fascinating part about this outrage is that Dead or Alive 6 already charges a massive amount for its DLC compared to other, more popular fighting games. Tekken 7, Mortal Kombat 11, and Street Fighter V have offered ongoing DLC packs for years, and these often include new, meta-shifting characters along with cosmetics at a fraction of the cost of these constant, hundred-dollar passes that mostly provide cosmetics only.

To see that player balked at the cost of changing a character’s hair is fascinating by comparison and seems to have simply been the straw that broke the camels back. Now it will be interesting to see what Team Ninja implements as a solution. One thing is certain, and that is that they don’t like to give anything away for free, no matter how bad the publicity becomes.