I recently jumped into the latest Minecraft update, eager to venture through the unknown wilds to generate chunks of sparkly new content. My girlfriend found an axolotl, tamed it, brought it home, and I named it Post Maxolotl. Sadly, we watched as it fizzled into death because we didn’t know it needed water – yep, my editors already rinsed me for that, “Did you not consider that the fish part of walking fish would be important?” No, Stacey, I did not. My introduction into this new age of Minecraft was wonderful, and I’m immediately sold and eager to play more. It’s safe to say I haven’t felt that way with Minecraft in a long while.

The first part of the Caves & Cliffs update revamps the perilous underground and adds new mobs. Well, partly. The procedural generation is still the same, but there’s a slew of new blocks and ores which has made my inner builder giddy with joy. The excitement I felt when I first dug into deepslate and tuff was palpable, as I began to draw up grand conceptualizations of jungle-clad smoggy black castles in my mind. The Nether update was a treat, and long overdue – even if fortresses are still bland and uninteresting – but it ultimately wasn’t enough to reel me back into the game. I rarely venture beyond the pearly purple gates into that wretched hellscape and for good reason. It’s a tough environment to survive in, and while I have spent hours exploring thanks to this previous update, it wasn’t enough to keep me coming back.

Village and Pillage was an equally large update that brought with it a wealth of new content, and exciting content at that. I recognize both as paramount and necessary upgrades to Minecraft’s ecosystem, and I was all aboard the hype train for both, and neither disappointed – they just didn’t keep my interest after that initial serotonin boost that came with venturing into new territory. One day with the new updates and I was satiated. Maybe I’ll come back, maybe I’ll play a bit more. There was nothing that hooked me. The netherrite was an exciting prospect, especially with the likes of lodestones, but the idea of digging through netherrack and ruining umpteenth pickaxes just sounded like an arduous grind. That’s exactly how it played out. Here, I’m being given blocks to build new and exciting constructions without the need for diving into the underworld, and I’m all for it. I’ll get my buddies to do all the Nether sleuthing instead. 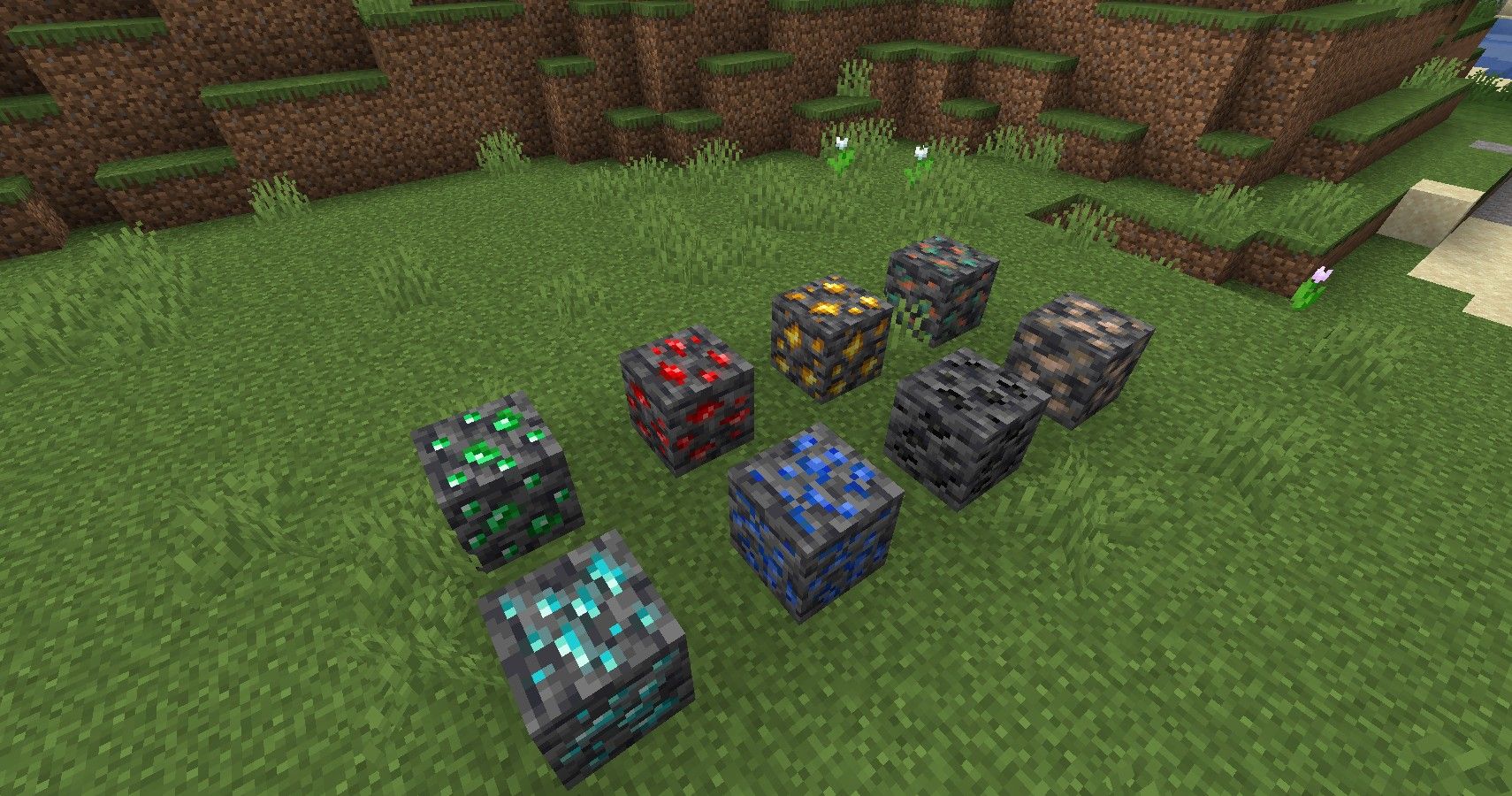 I’ve already begun drafting up blueprints in my head for a large-scale, cave-dwelling aquarium where I’ll house my army of axolotls, ready to conscript them into a war against the Ender Dragon. They’re a beastly sort that are absolutely adorable if a little creepy when slithering about outside of water. Finding them was incredibly easy, making the world feel fresh almost instantaneously. The same can be said about the goats that already brought something new to the mountainscapes they clung to. Prior to the update, it was the same as any field, albeit with some snow dotted about the place alongside the usual mobs. Goats spiced things up much like the pandas and ocelots of the jungle and ultimately made the environments feel less predictable, a brilliant change to Minecraft that was long overdue.

Throw in more obscure elements like oxidizing copper, lightning rods, raw iron, and gold with blocks that can be made from them, and it feels like I’m diving into a mod pack. Only, I’m able to play on realms with my girlfriend from PC to the Nintendo Switch, and it’s exciting because there’s so much to dive into and discover together. Figuring out the axolotl from my introductory anecdote will forever be a memory I’ll cherish, and I haven’t had that since my early days of playing Minecraft with my brother where we erected a floating castle in the sky. We opened that server up online only to have some German guys jump in and blow it all up. A learning process, for sure. With the Nether, Ocean, End, and Villager updates, there’s nothing quite like that. I remember being excited at the prospect of new content, and immediately burning out. I can’t quite put my finger on why it’s so different this time around, but it is, and part of me thinks that it’s because of the intrinsic altering to something that hasn’t been tapped into since the game’s debut.

PlayStation State Of Play: Everything We Saw, Including PS5 Games

Can you change your appearance in Cyberpunk 2077?

‘Antivirus is dead’: The rising enterprise security threats for 2021 and how to protect against them