Update 2: Blizzard has officially announced Echo as a playable hero. You can watch her origin story above. Blizzard calls her an “evolutionary robot programmed with a rapidly adapting artificial intelligence, Echo represents the cutting edge of technology.” Odds are she arrives in the game on March 23.

Update:
The official Overwatch Twitter channel has released another tease that will almost certainly end up being Echo as a playable hero. The new image of an Omnic has the name “Echo” on it along with the date March 23, which is likely her release date. You can see it below:

Original Story:
As people quarantine themselves during the pandemic, video games, movies, and TV are proving to be a great way to pass the time. For me, Overwatch is always a good game to turn to. The game is currently in the middle of its Archives event, which brings back co-op and delivers new skins, but something bigger may be coming soon. The official Overwatch Twitter account is teasing what appears to be a new hero. Cryptic as always, these teases appear to be pointing to long-known character Echo as the new hero, but we won’t know for certain until Blizzard fully pulls back the curtain.

Echo is an Omnic that we know eventually joins Overwatch. She was featured prominently at the end of the Reunion animated short, and will almost assuredly be a hero at some point, but Blizzard has taken its time in rolling her out, and hasn’t wanted to talk much about her, either. The teases come in two forms: A short audio message, which you can listen to below, and this document: 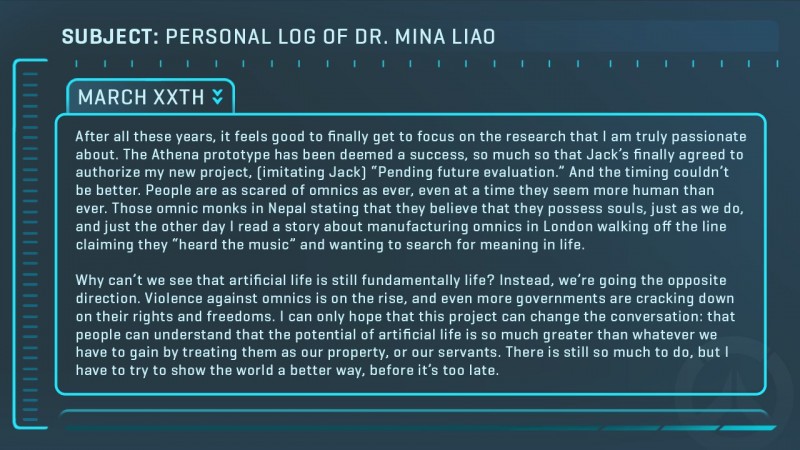 Doctor Liao appears to be talking about an Omnic she created for purposes of good, and that sure sounds like it is Echo. The date on the document implies whoever this hero is will hit at some point in March. Here’s hoping we find out in the coming days and not the end of the month. Who do you think Blizzard is teasing? Leave your best guesses in the comments section below.

Plague Inc.’s ‘The Cure’ Expansion Is Now Live: Flip The Script And Save Humanity From A Virus

Final Fantasy 7 Remake PSA: How to Find The Keycard During That Chapter 3 Side-Mission

All The Jackbox Party Packs Are On Sale Right Now (Switch, Xbox One, PC)