Valve designer Robin Walker says he doesn’t see the next Half-Life game taking another 13 years to get here following the release of Half-Life: Alyx. This year’s drop picks up where Half-Life 2: Episode Two left off way back in 2007, so fans were likely expected to be curious over how long it might take the developers to have the next title ready.

Walker, respected and renowned in the gaming industry, was quizzed over this by Polygon and his explanation was pretty thorough, starting with why Alyx took this long to get released in the first place.

The designer highlighted the challenges of committing to the development of a new game as it would require devs to ride big technological leaps and come up with something that would make the experience an interesting one for players.

“That’s a paralyzing thing to work on,” he said. “It’s hard to sit down and say, ‘I’m going to write code on that today.’” 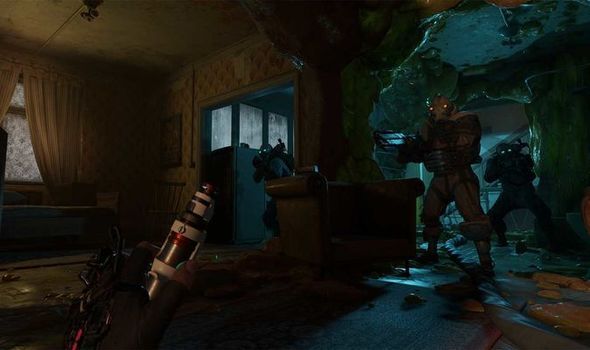 The development team would make a VR prototype they imagined would take 15 minutes to play but it was taking playtesters up to 45 minutes as they wanted to see everything the world had to offer.

Enter Half-Life: Alyx. There’s no end in sight for the new title at the moment, it’s way to soon to tell where things will go from here and, as Walker explained, Valve hesitates in making decisions they don’t have to make right away. The designer admitted the company does not know which direction it should take just yet but added that there’s no rush.

As for the next installment of Half-Life, he couldn’t speak to that either. But he seemed pretty confident it wouldn’t take another 13 years.

If Valve sticks to the sequence, the next game from the franchise is getting released in 2033. Should that be the case, though, Walker says he won’t be around to work on it as he’s “too old for that.”

“I don’t think there’s going to be another 13 years [until the next one], “he declared, “and if it is, I probably won’t be working on it. I’m too old for that.”

It does seem ridiculous to think it could another 13 years before we see another Half-Life – fans of the game are probably too excited about this week’s developments to even think that far ahead anyway. But given the planet’s status quo at the very moment, there’s just no telling anymore.

11 Things You Need to Know About Mining Cryptocurrency