If battle royale was the genre of choice for the past few years, cyberpunk is arguably in line to be the next. From indie games to much-anticipated upcoming titles – obviously, referring to Cyberpunk 2077 – everyone is trying to get in on the futuristic, dystopian, and neon action. Enter Conglomerate 451 from the three-person studio, RuneHeads, combining Dungeons & Dragons-type of gameplay mechanics with the cyberpunk themes that more and more gamers are becoming familiar with. While Conglomerate 451 certainly isn’t a game for the masses, it is a good enough way to experience the popular genre while waiting for Cyberpunk 2077. 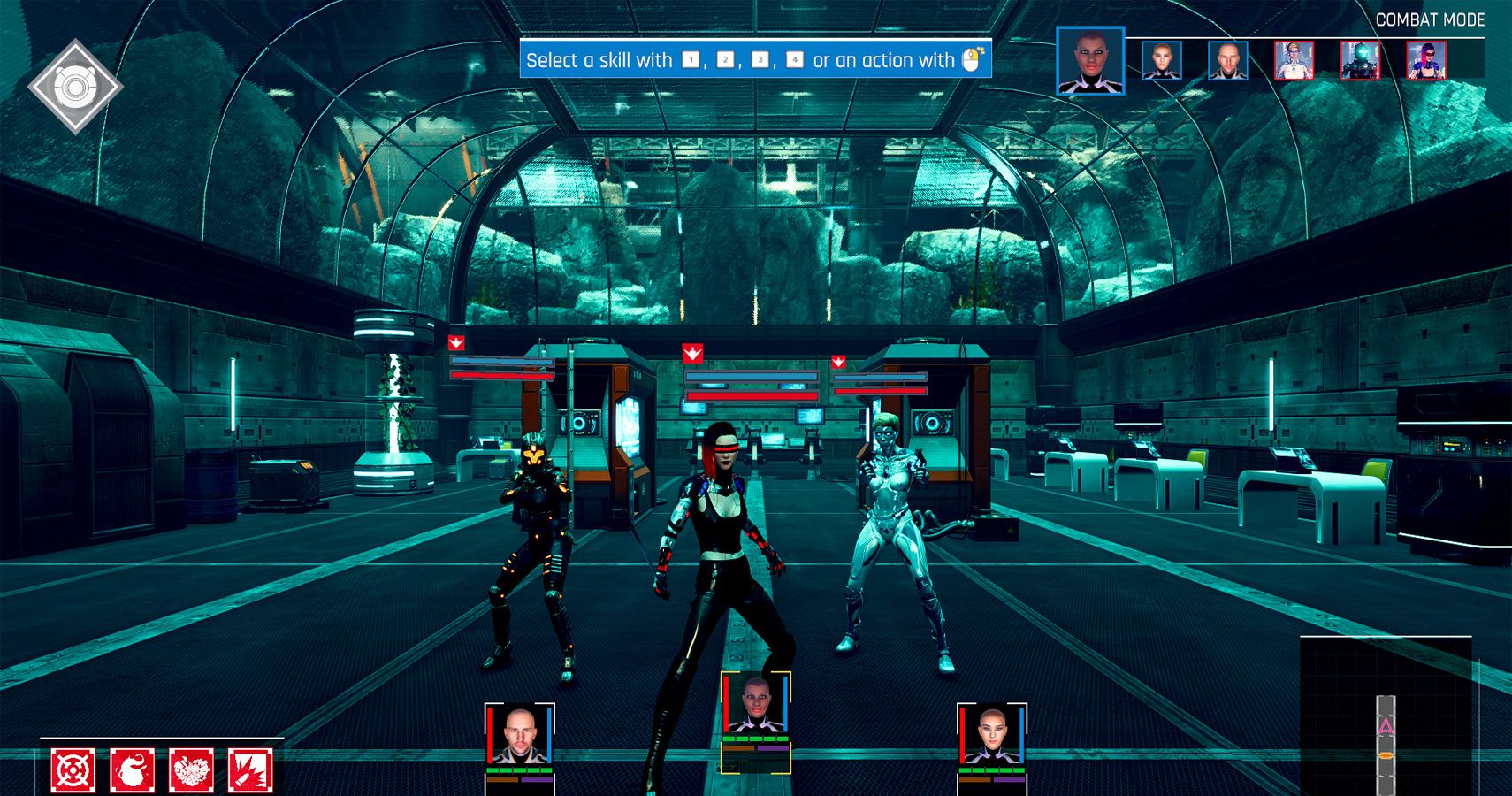 Players begin with an impressively large roster of playable clones – fourteen in total – with three members available to choose from for each mission. These clones are given backgrounds – essentially akin to typical RPG classes – complete with corresponding abilities. These include typical roles such as tanks and healers, as well as more demanding playable roles such as the Juicer, which utilizes different drugs to manipulate his abilities. The roles are gender locked, but that really doesn’t impact the game one way or another, unless your immersion is thrown off by the faces of your teammates all looking relatively the same and expressionless (they are clones, after all).

Crawling In The Dark

Gameplay takes place on a fixed-grid as players make their way through various enemy-laden back alleys and buildings, with a user interface that is well worth taking time to understand. For veteran players of the genre, movement and overall combat mechanics will likely become second nature in no time. Newcomers, on the other hand, may need to spend a bit more time learning the ins-and-outs of Conglomerate 451’s movement, combat, and skills systems. The game’s opening tutorial does a good enough job of highlighting the main things that new players need to know, but does so in a somewhat patronizing way which might turn off veteran dungeon crawler players. From there, although playing as different characters with different backgrounds during the first handful of missions is enjoyable, it doesn’t take long for the game to become a bit stale. 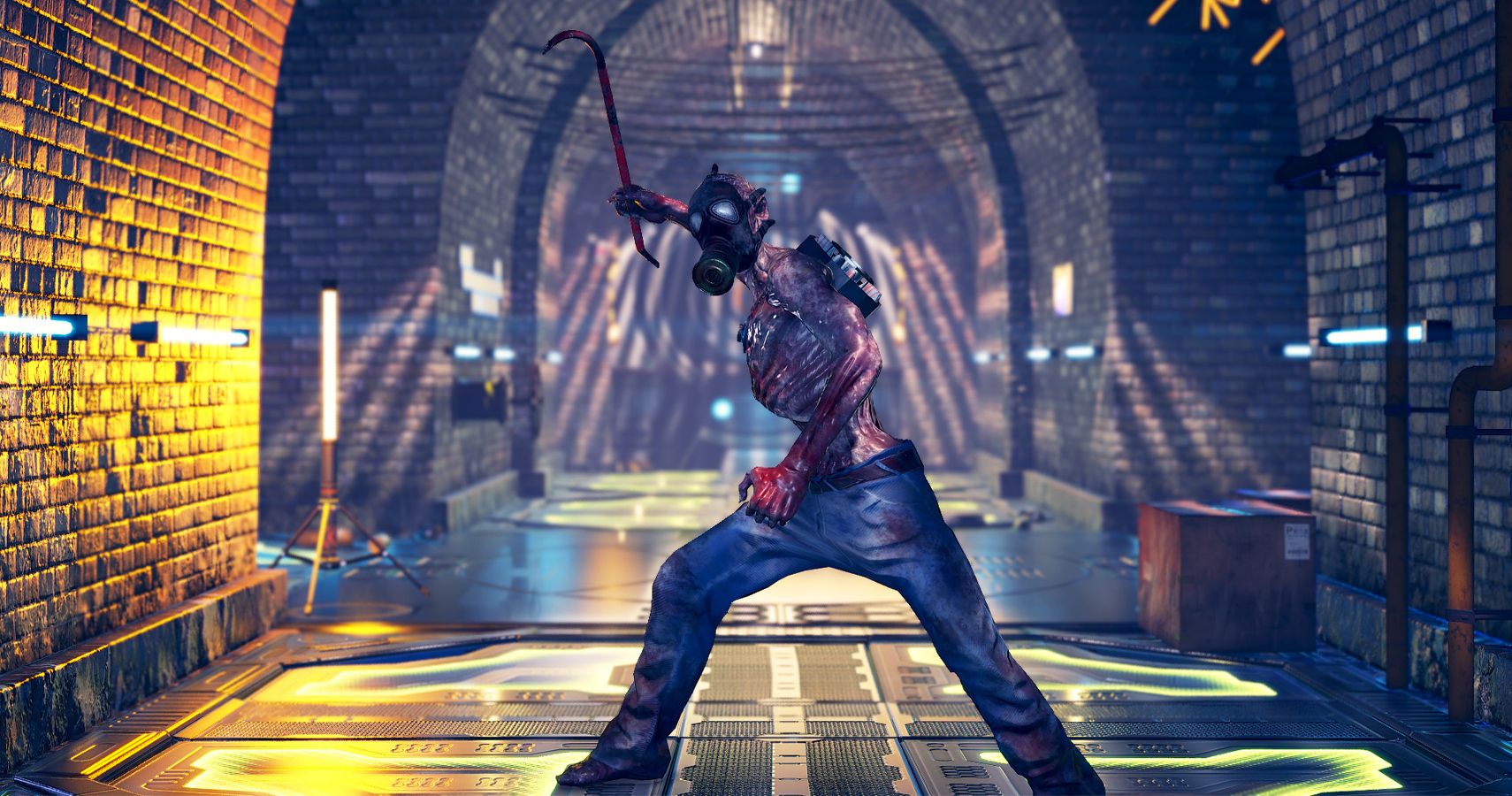 Conglomerate 451’s story mode takes place over 75 weeks (a free mode also exists for players who wish to take their time), which sees players trying to take down every major corrupt corporation. After a while, this pretty much boils down to missions that involve fighting enemies, searching for and using items, and hacking your way through the city. Eventually, players encounter boss battles that elevate the combat experience, especially considering that each fight is only one wrong move away from permadeath. This extends to the game’s procedurally generated maps, with players having to be on their toes lest they fall victim to an unexpected adversary.

Conglomerate 451 isn’t a game for everyone. For those wanting a taste of what Cyberpunk 2077 will be bringing later this year, it’s likely that Conglomerate 451 will only satiate your visual senses with its dark, neon, cyberpunk aesthetics. But for fans of RPG and dungeon crawling games, you probably won’t regret adding Conglomerate 451 to your library.

Since MachineGames Is Making An Indiana Jones Game, Rockstar Should Make RoboCop