Half-Life: Alyx is a VR spinoff that’s launching on virtual reality systems everywhere later this month. It’s not Half-Life 3, but it is nice to see a new Half-Life game coming from Valve. But if this isn’t the third installment of the adventures of Gordon Freeman, what exactly is Half-Life: Alyx supposed to be? Let’s take a look at the latest game from Valve that thankfully isn’t Artifact.

It’s Good To Be Back In Such An Awful Place 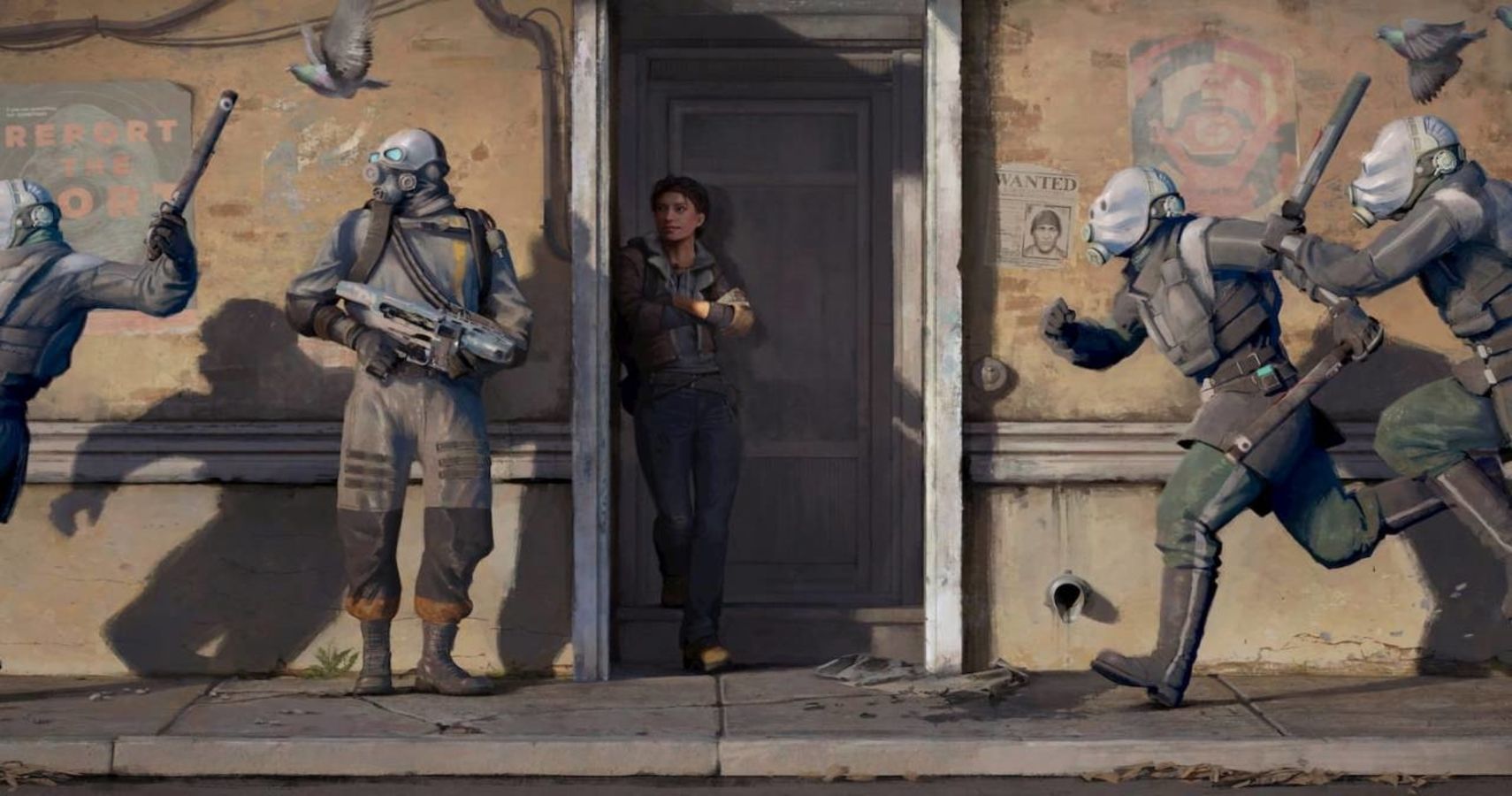 Half-Life: Alyx is the first Half-Life title in nearly 13 years (man, do we feel old.) It’s also one of the few games in the series to not feature Gordon Freeman as the lead. Instead, this game is all about Gordon’s sidekick and talkative love interest, Alyx Vance. It’s a prequel that takes place before Freeman is released from whatever kind of stasis the G-Man has him in, putting it somewhere between Half-Life and Half-Life 2. The Combine have just recently conquered Earth and City 17 is in the process of being constructed. We join Alyx and her father Eli as they begin their journey to lead the resistance against the Combine. That’s the gist of what we know about the story.

Due to the amount of time Valve spent not making more Half-Life games, the original voice actors for Alyx and Eli won’t be returning. Merle Dandridge – the original Alyx – has replaced by Ozioma Akagha due to Valve wanting a younger take on Alyx’s voice. Unfortunately, Eli’s actor Robert Guillaume passed away in 2017, so his role has been recast with 24: Legacy actor James Moses Black.

Other familiar faces are expected to show up, including the aforementioned G-Man voiced by Michael Shapiro. Tony Todd returns as the voice of the Vortigaunts, while longtime Valve collaborator – and voice of GLaDOS – Ellen McClain reprises her role as the voice of the Combine’s Overwatch. Firewatch’s Cissy Jones and Flight Of The Conchords actor Rhys Darby also join the cast as unspecified characters. There’s no word on important characters like Dr. Breen, Dr. Kleiner, Judith Mossman, Barney Calhoun, or Dog but it wouldn’t be surprising if some of them made appearances as well.

Oh, and there will be plenty of headcrabs. So get ready to see those things leaping at your face in virtual reality.

Wait, This Is An Actual Game?!

Despite being a VR title, Valve has announced that Half-Life: Alyx is a full release game with about the same playtime as Half-Life 2. It’s looking to be a very ambitious VR title as it’s expected to feature the same kind of combat, exploration, humor, and puzzle-solving you’d get from any other full-priced Valve adventure.

The key difference in the gameplay comes in the form of Alyx’s main gadget and the way you’ll manipulate objects: the Gravity Gloves. Yes, much like the infamous Gravity Gun, the Gravity Gloves allow Alyx – and by proxy the player –  to grab items from afar so she can use them, throw them, or maybe whack Combine soldiers in the head with them. It’s a good in-universe explanation for why the player has the ability to suck things into the palms of their hands. They also have a health meter displayed on them so you know whether Alyx is in bad shape.

To make combat work in VR, all the guns are used with one hand so you can have a hand free for other purposes (get your mind out of the gutter.) Hopefully, you’ll have the option to dual wield pistols at some point.

When And How Can One Procure Such A Product? 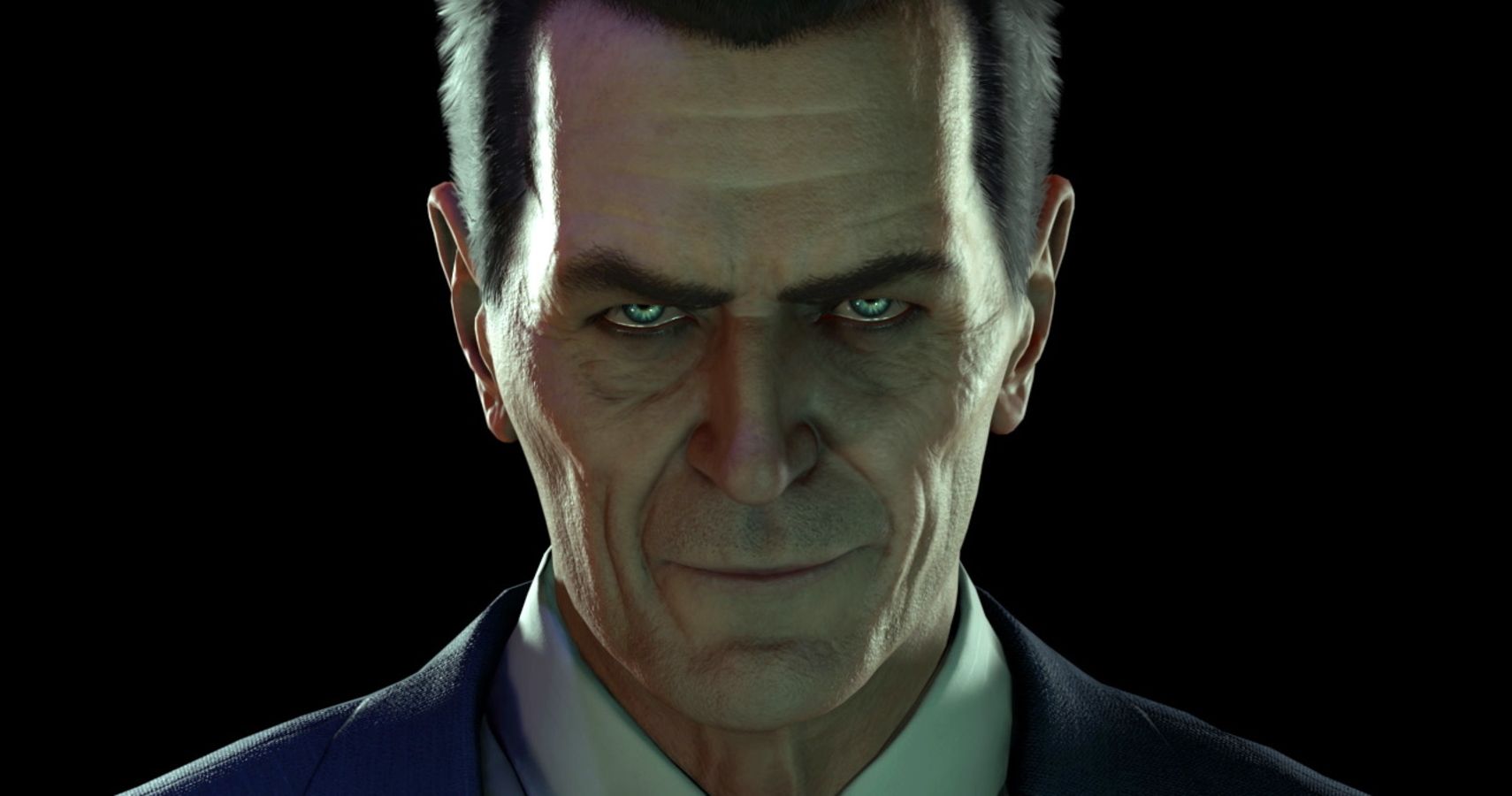 Despite Valve having their own proprietary VR helmet, you’ll be pleased to know that this will run on any existing piece of VR hardware. That includes the Occulus Rift, Occulus Quest, HTC Vive, or the Windows Mixed Reality (there’s currently no announcement about it coming to Playstation 4, so no word on the PSVR.). It’ll cost $60, however, as an incentive to pick up Valve’s VR headset, Index owners will receive Half-Life: Alyx for free. A very shrewd business move from Mr. Newell.

Half-Life: Alyx could be the first VR game that justifies the purchase of a headset. A narrative experience from Valve with lots of action is exactly the kind of killer app that the virtual reality industry has been waiting for. It doesn’t hurt that the graphics look fantastic and it takes place in a world that gamers have wanted to go back to for over a decade.