For better or worse, the newest Ranked Mode overhaul is now live in Hearthstone. Within the announcement for The Year of the Phoenix rotation, the finer details were inadvertently buried thanks to the several other changes and new features coming to the game. Upon closer inspection, the changes to ranked play offer nothing positive to the majority of players, and will arguably be a net negative change.

At its core, the new Ranked Mode is basically the same as before, with a few notable exceptions. Ranks 1-20 have been replaced with Leagues, each having their own ranks from 1-10 and progressing players upwards through Bronze, Silver, Gold, Platinum, Diamond, before finally Legend. Rank floors also remain in each League at Ranks 5 and 10. 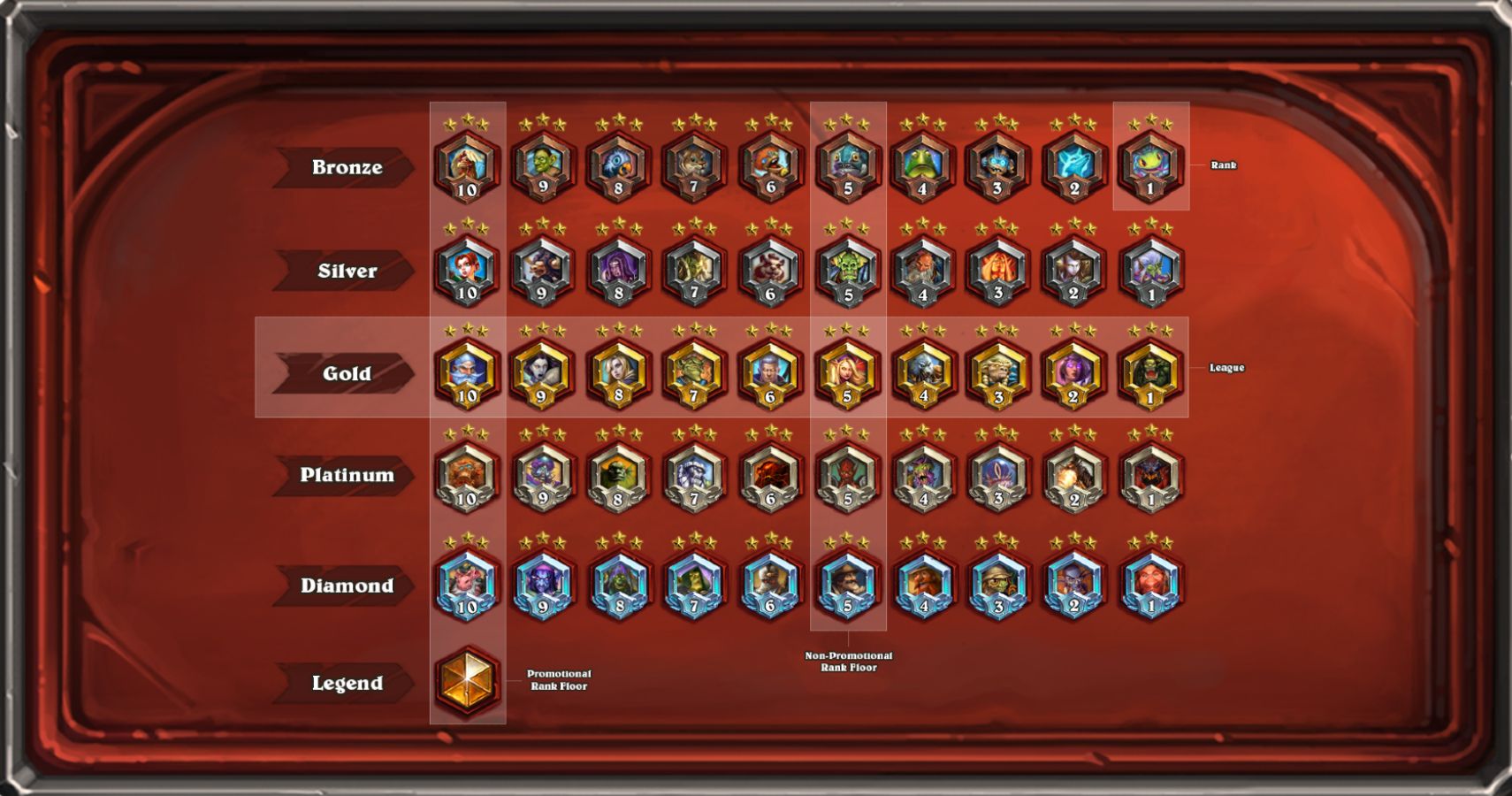 Rank Resets Are Back To Pre-February 2018

From the launch of Hearthstone in 2014 until February 2018, Blizzard would reset every player to between ranks 16 and 20 each Season depending on their previous rank, which always resulted in a slow, tedious grind back up the ladder and a terrible experience for players who were naturally ranked at low levels. The first few days or week of every month, a full quarter of the season, would be filled with players of higher skill level and often more complete collections demolishing their opponents as they climbed back up in rank.

In February of 2018, Blizzard changed to only drop players four ranks below their highest standing, which is now gone. This means that players who finished at rank 5, known as Dad Legend or Casual Legend, among other names, would be placed at rank 9 at the start of a new season. This was a great change that allowed casual players of similar skill to remain among each other each month even if they did not the time to grind out an excessive number of games, and reaching their previous rank each new season did not take much time. 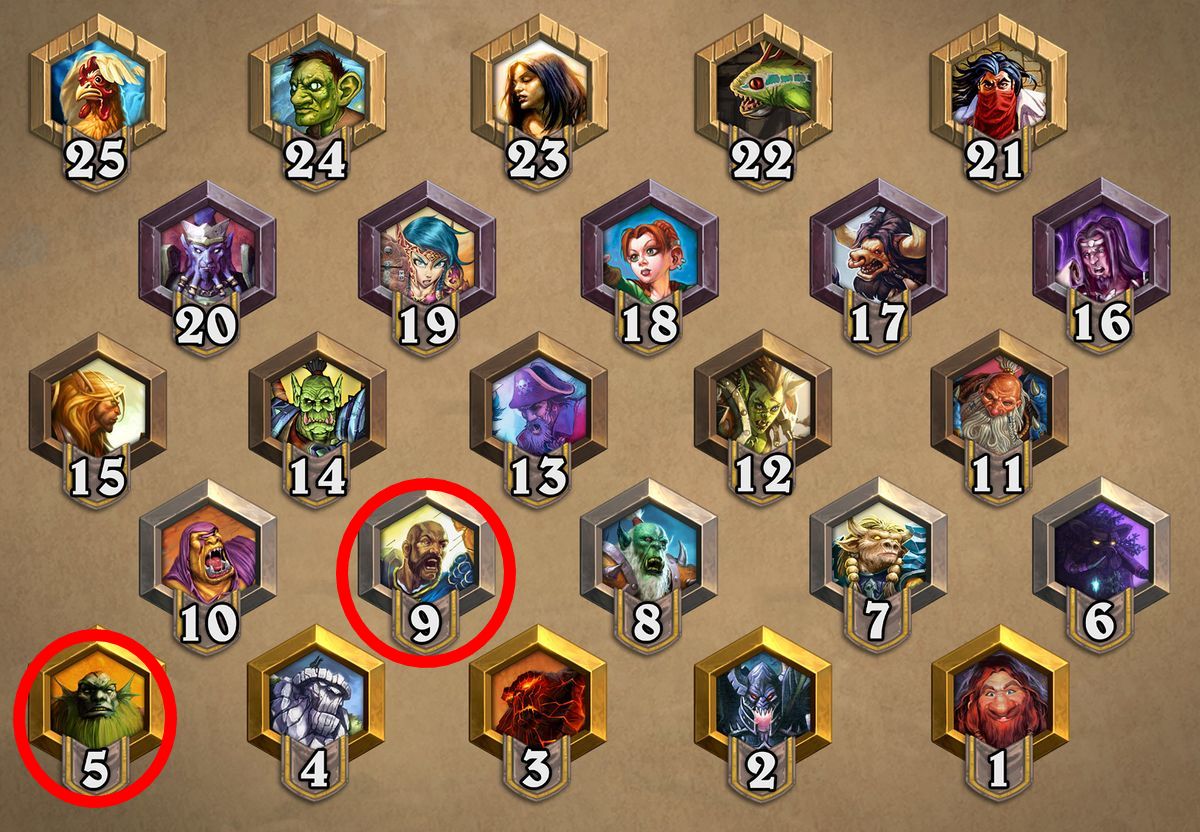 The Ranked Mode rework reverts this back to its pre-2018 structure, as all players will be placed into the lowest rank of Bronze 10. Blizzard has stated that there will be no such problem, “When playing with a Star Bonus you’ll be matched by your matchmaking rating (MMR), meaning you’ll be matched even more precisely with players of your similar skill level when climbing,” but this does not seem to add up.

A Few Players At The Top, Everyone Else At The Bottom

We cannot get into the finer points of MMR because we simply do not have the necessary data to say if this will in fact be a more precise skill-based matchmaking experience. However, we do know that 93.7% of the player base resides within the old ranks of 5 and 20, because Blizzard stated as such in November of last year in a chart shared by Senior Game Designer Dean “Iksar” Ayala. The remaining 6.3% occupy Legend to rank 5. 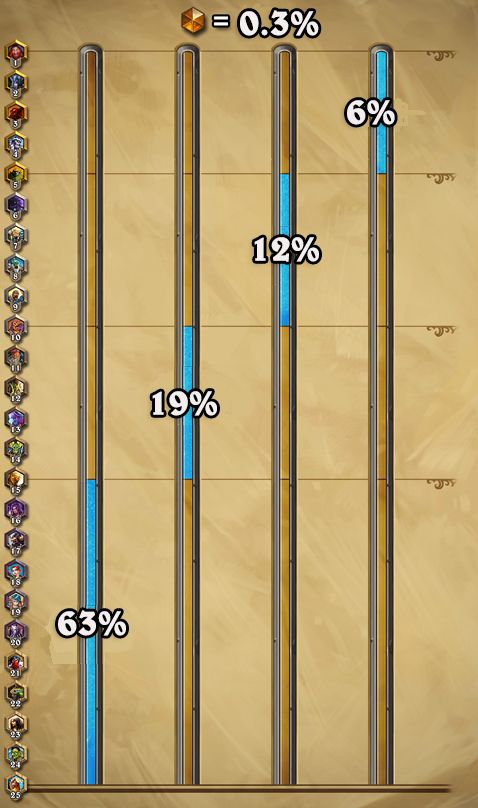 What we can say is that the previous 6.3% of players is going to decrease over time relative to the new League system because players now need to play far more to achieve the same results, because before the rework, players only needed to climb the four ranks they lost at the start of a season, and if they were above rank 5, that only meant five stars per rank, with the ability to leapfrog ahead thanks to Star Bonuses.

For example, a player who drops from rank five to nine in the old Rank Ladder will need 20 stars to reach their old rank ceiling. With Star Bonuses, this is something that could be quickly achieved. But a casual player bumped from rank five to the new Bronze ten, even with their most current new Star Bonus, will need to play roughly 50 games just to reach a comparable place to where the reset to under the old system would have left them, and from there, still require an addition 15 stars to reach the next ceiling floor.

Ultimately, this means that players will need to play far more Hearthstone under the new rework to achieve the same results as before, and even more games to feel any manner of progression, but with no proportional increase in the reward structure revamp to account for this.

Blizzard states that this will result in better matchmaking, but that just doesn’t add up. At best, this Ranked Mode rework is good, not great, for the few players who aim for a high rank each month, and useless for everyone else. We hope this change will be revered to permanent Season rank ceiling.

Otherwise, Blizzard is fragmenting their own player base when it should be doing the opposite.

Sackboy: A Big Adventure Review – A Charming Platformer That’s Light On Inventiveness But Big On Fun

GitHub for Android and iOS launches out of beta