Tadpole Treble Encore is an endless runner combined with a rhythm game that’s all about helping a lost tadpole. You play as a tadpole called Baton, who has just hatched from her egg and is snatched away from her family by a thirsty pelican. After barely escaping from being digested, you now need to find your way back to your pond.

It’s a cute little game that has plenty of charm. However, its gameplay loop is a tad(pole) too simplistic, its runtime is a bit too short, and overall, it doesn’t do enough to stand out in the crowded ocean that is the Nintendo eShop. 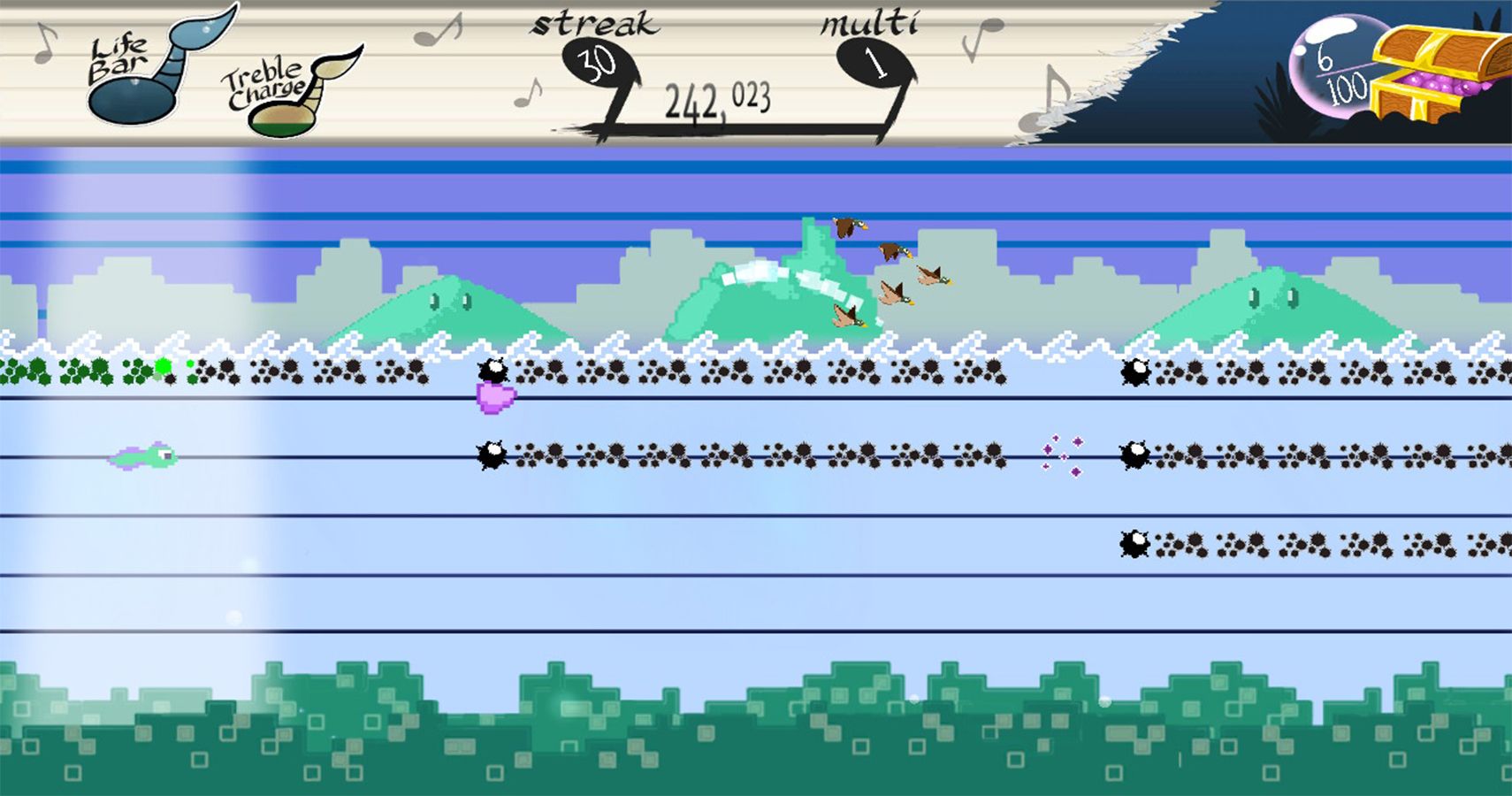 You move Baton up and down as she swims along a linear level that resembles sheet music. You can collect items like bubbles or little purple sparkles that increase your score. There are black obstacles and various predators that you’ll need to avoid or else you’ll take damage. There are also things like cymbals that you can hit to reach hidden areas or ward off enemies. While this is going on, music is playing in the background that helps you figure out how Baton is supposed to move through these levels. Certain actions like hitting the cymbals or collecting bubbles can be timed along with the soundtrack.

Speaking of the music, it’s… fine. It sort of sounds like the developer gathered the best bunch of community theater actors – or more likely, friends and coworkers – to sing these tracks. There’s one guy who really belts these songs, but the rest of the performers aren’t quite up to that level. There’s a nice variety of tunes, including a rousing western-themed piece, an 8-bit chiptune number, and a romantic serenade to Baton from another tadpole (which seems kind of weird since she’s only about a day old). They’re charming, but not especially memorable.

That actually sums up my issue with Tadpole Treble Encore: it’s forgettable. Throughout the entire adventure, the gameplay doesn’t change or grow in a significant way. Levels do become more difficult as different elements are added in to give them some flavor. Sometimes you’ll need to escape from a school of piranhas. There’s one level where the tide pushes you away causing Baton to travel right to left instead of left to right. There’s even a sci-fi boss fight against a rogue A.I. that comes out of nowhere. But while there are some fun gimmicks thrown in, the core gameplay loop is always focused on swimming forward and not touching anything that could damage you. I never found it difficult or engaging, which is a shame. 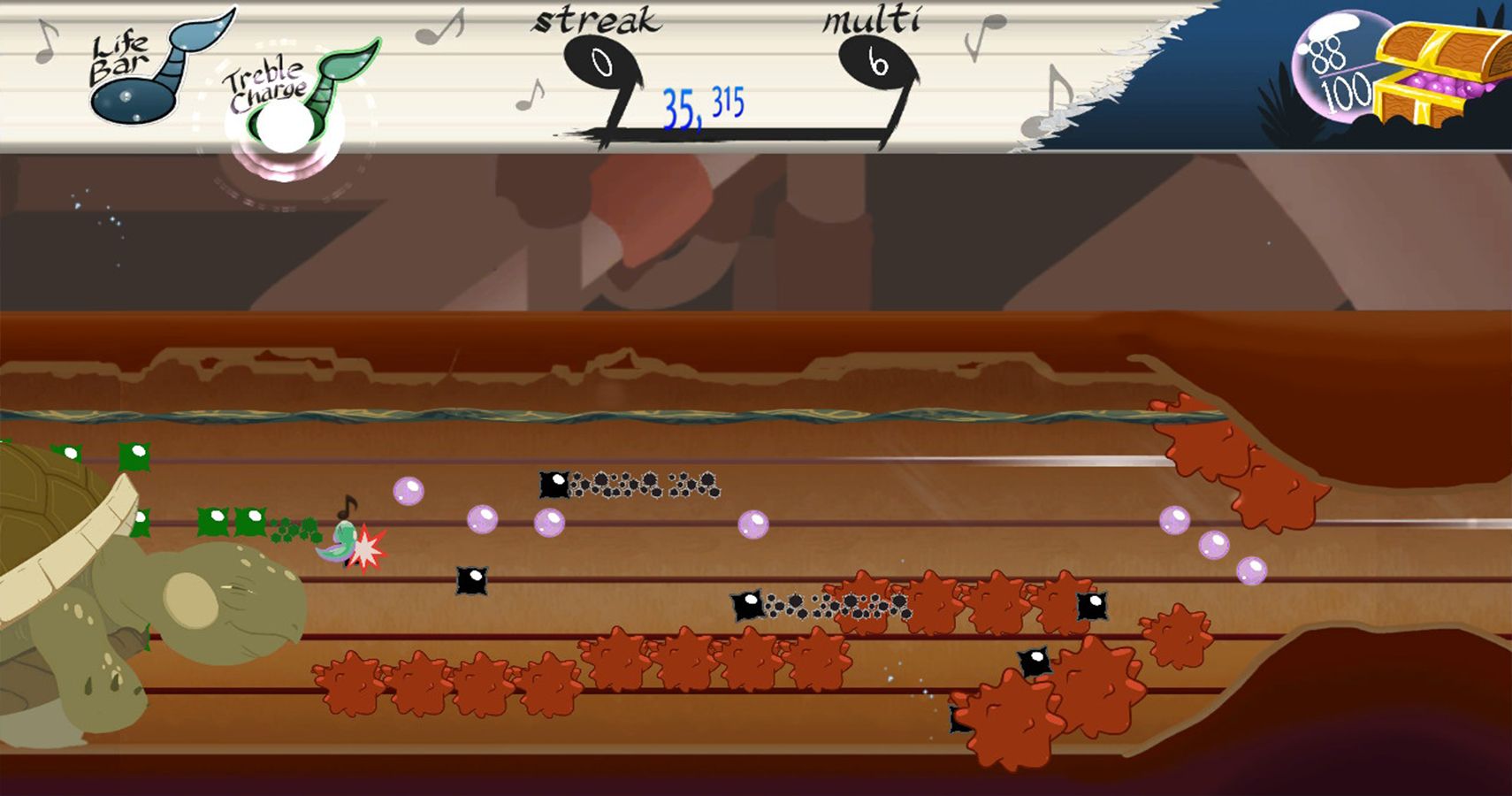 There’s also not a whole lot of content here. You get 13 short levels that you can draw out to last a little longer if you work to get perfect scores and all the collectibles. After that, there are some extras like the Concerto Mode which makes you run through all the levels at once without dying. The most intriguing extra is the Composition Mode where you can make your own levels and music. This uses a Mario Paint-like interface to let you place sounds down on a track to compose songs. It’s fun to fool around with, although I don’t feel like it’s something that’s suited to the Switch’s control scheme.

I’m sort of bummed that the gameplay didn’t gel with me, as I do like the vibe of Tadpole Treble Encore. It has a wacky sense of humor where a bullfrog might occasionally interject in the middle of a song to deliver lyrics in a deep baritone, or some guy doing his best Mark Russell impression will spout off a series of acronyms. The art style looks like it came right out of a children’s book. You could tell me this whole game was drawn with a pack of crayons and I’d believe you. It seems like a lot of love was put into this project. 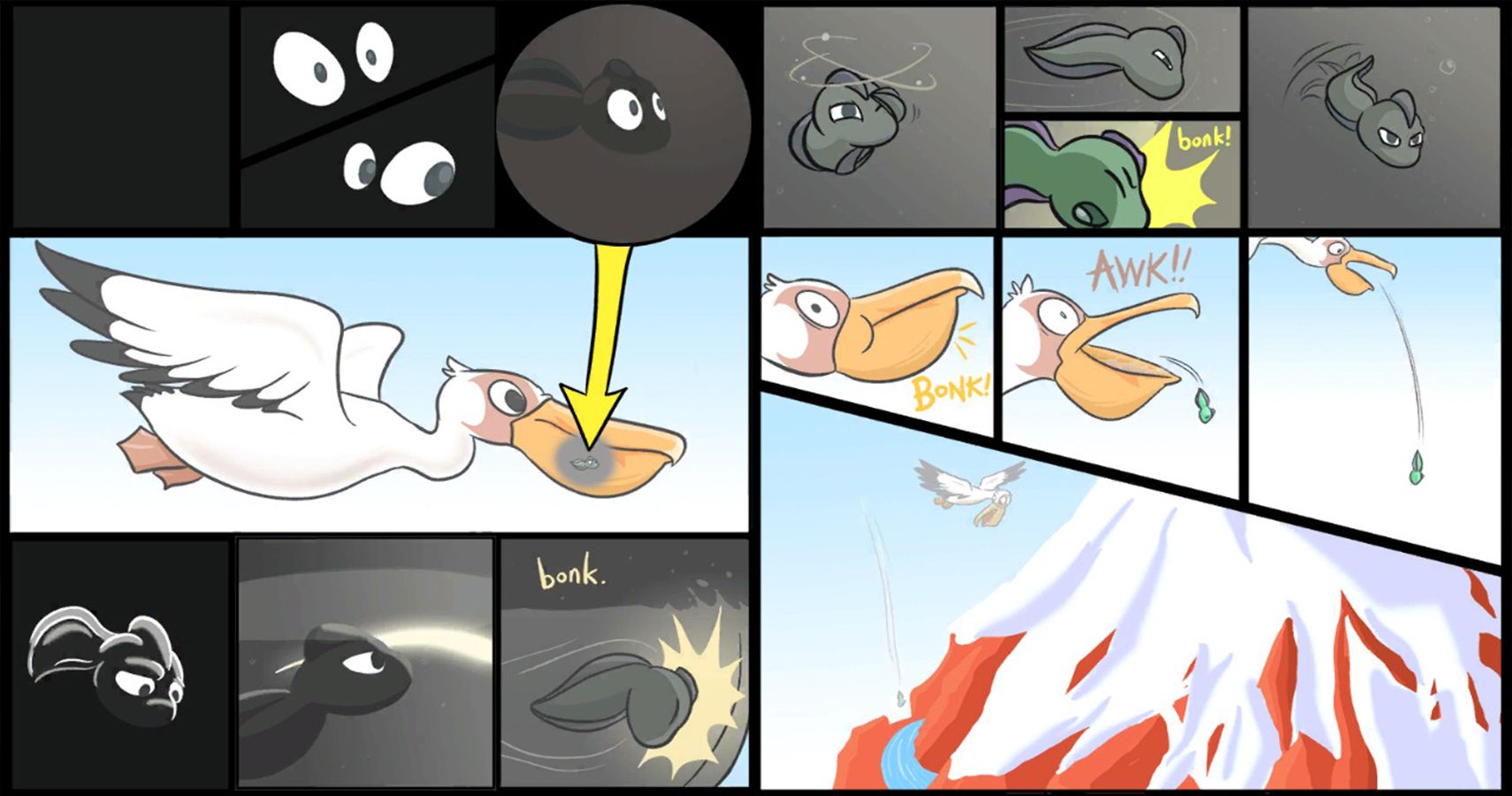 Unfortunately, despite that love, Tadpole Treble Encore didn’t always work for me. Its gameplay is a tad too breezy and light without much variation. There was no point where it felt awful or unplayable, but it’s the kind of game where my brain went on auto-pilot because there was nothing there to captivate me. Once I finished it – which only took about two hours – I didn’t feel compelled to go back and ace every level. I just shrugged my shoulders and went back to playing one of the many other more exciting indie titles on the Switch.

It’s a cute little runner that has the aesthetic and feel of a children’s TV show, which could make it ideal for younger audiences or people looking for a game that won’t stress them out. Aside from that, Tadpole Treble Encore is a tad too shallow of a title to fully recommend.

NEXT: I Thought There Was A Pokemon Mario Party When I Was A Kid (And Now I Want One) 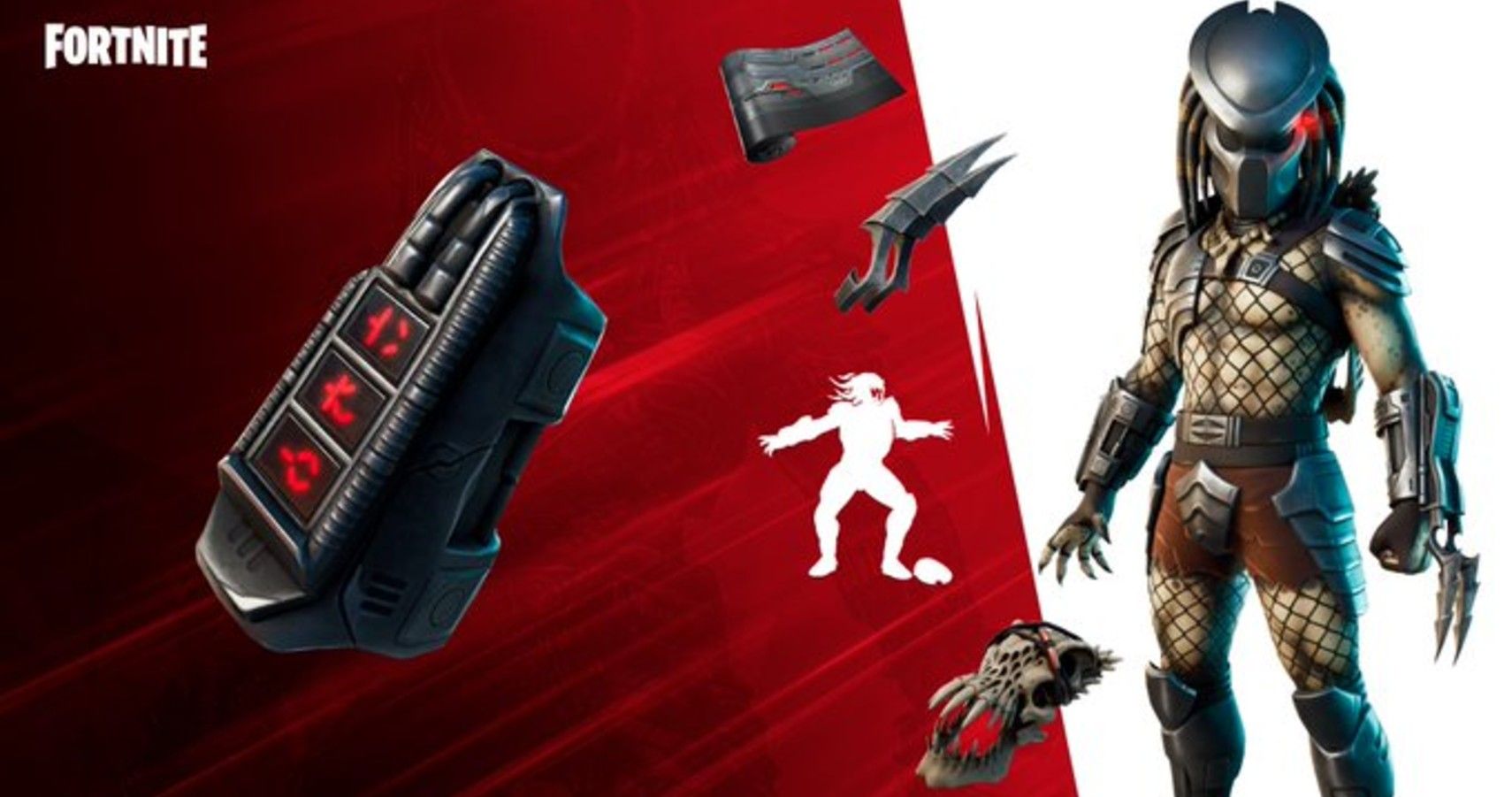 Jamie Latour is a writer and actor based out of Toronto, Ontario, Canada. From his hyperactive childhood to his….Well, still hyperactive adulthood, he’s been writing and performing in some capacity for practically his entire life. His love for video games goes all the way back to the age of 4, playing Mega Man 3 for the first time on his NES. He’s an avid gamer and can be found nowadays either messing around in Red Dead 2, or being cheap as can be as Reaper in Overwatch. He’s still starting out when it comes to making online content, but aside from his writing he can found on his Twitch page under the handle SpontaneousJames. You can also find him on social media as @SpontaneousJam on Twitter (because Spontaneous James was too long apparently).

Xbox All Access Is A Great Idea, But Doesn’t Work In The Current Industry

7 Reasons You Should Call a Professional Drain Cleaning Expert