Morte is the newest operator in Call of Duty: Warzone. A Sergio Leone-inspired gunslinger, Morte serves as a love letter to the spaghetti Western genre — a genre beloved to his voice actor, Italian rapper and entertainer Fabio Rovazzi.

We recently had a chance to chat with Rovazzi via Skype, where we discussed Morte, Will Smith, the Gulag, and almost falling over while trying to shoot AK-47s in a gun range. Also, did you know Fabio Rovazzi once shot Terrence Hill?

What made you want to get involved with Warzone in the first place?

One year ago I met Bernardo Antoniazzi, an Infinity Ward developer. He asked me if I wanted to be scanned in order to be part of the game — as I’m a big fan of Call of Duty, I immediately agreed, but at the beginning it was just a simple cameo. The art director decided to make an operator [instead], so here we are with Morte. He decided like six months ago.

What’s the process like when you’re getting scanned in?

It’s pretty amazing, I showed it in a video on my YouTube channel. I’m a really big fan of the technical part of that, and I really appreciate the job of Bernardo, it’s really strange and incredible. 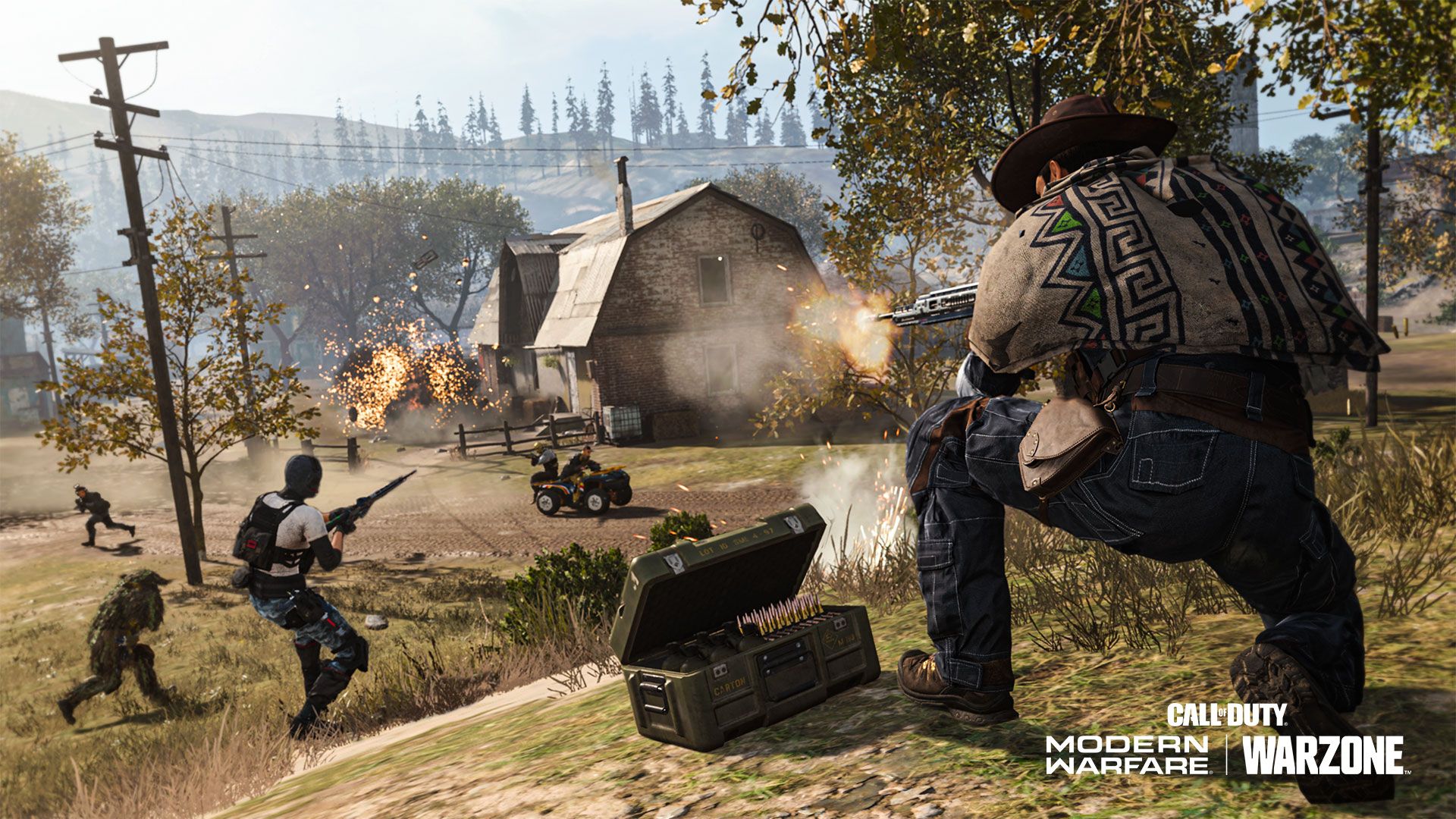 You’re a big fan of Call of Duty — what’s your favorite one?

I heard that you injected some of your own personality into the character — is that true?

Yeah, with voice. When I play Call of Duty, I often get angry. I swear, I scream a lot. Morte is exactly this part of me. It’s me.

Are there any other aspects of Morte that are similar to you?

Yeah, also they gave me the opportunity to put in a lot of Italian bad words. So it’s really funny to do it with my voice, because it’s really the part of me that plays Call of Duty.

What bad words did they let you put in?

All the bad words in Italian.

And what are they?

When we have friendly fire, sometimes I swear like, “cazzo, porca puttana!” and a lot of bad words in Italian.

Is there an English translation for that?

Hmmm. Fuck? And porca puttana is like, maybe, fucking bitch?

Did Treyarch have the idea to make Morte an Italian cowboy or was that your idea?

It wasn’t my idea, it was an Infinity Ward idea. They were thinking about Italy and they decided to pay a tribute to Sergio Leone. When they talked to me I liked it immediately, so I changed nothing.

I heard that you and Will Smith are friends — is that true?

Not so much. I met with Will Smith in Budapest during a promotional tour for one of his movies and had an idea about a funny video with him. We shot it and he liked it so much and the video was an amazing success on the internet. I don’t know him very well, I don’t know if he plays COD but it would be really funny to play with him. 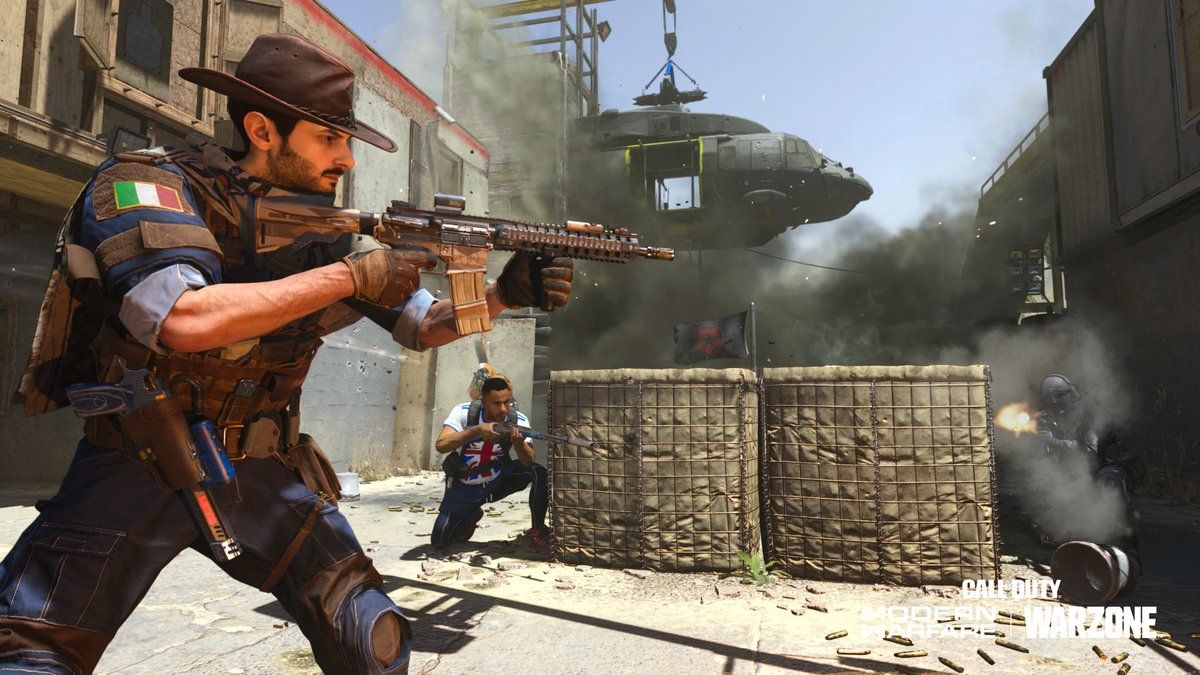 That would be brilliant.

Maybe with Jack Black we can do something because he also has a YouTube channel about gaming, so maybe we could do stuff.

You should try to set that up.

Yeah, during the quarantine me and Jack Black were on Zoom together on my Twitch channel and it was pretty funny. Now we write to each other on Instagram sometimes, so maybe we can do something about that.

What would you play together?

I want Jack Black playing Warzone with my operator. It’s my dream.

Would you ever do a Call of Duty song?

Not a Call of Duty song, but maybe I would think about writing some rhymes about it, cause having your own character in Call of Duty is not something that happens every day. Usually I make songs for shooting music videos because one of my greatest passions is directing. On a technical level, it would be great to have Morte singing in a music video — imagine this scene, I’m playing Call of Duty in front of a screen, the camera goes inside the screen and Morte’s singing. How cool would a scene like that be?

Very cool. What would a Warzone song go like?

I’m not a singer, really, and I’m not a rapper, really. I made a song four years ago for no reason – it’s a joke with my friends. It went five times Platinum in Italy and the name of the song is “Andiamo a Comandare”, and I don’t know how to translate it. “Let’s go to command,” possibly?

“It’s like an anthem to fight against the villains,” interjects Rovazzi’s PR manager.

It’s impossible to translate because it’s not really an Italian phrase because I invented it. I don’t really know the meaning of this phrase, but I think it’s pretty good for Call of Duty. Maybe I can rework that.

If you were to write a song like that, what would the lyrics be? If you had to come up with something quickly.

You should keep going, I like the sound of that.

Back to the character — did you learn how to spin guns for the role?

No, it’s just an animation. They took 1,000. Maybe 2,000 photos of my face and Infinity Ward did everything else. Sometimes in America I enjoy going to the shooting range. I tried an AK-47 and they had to hold me up because I wasn’t able to stay on my feet when I shot it.

How have your fans who know you for your music responded to you being in the game?

It’s a really unexpected thing, it’s amazing. In the last few years I played different roles in movies and TV series here in Italy. The most absurd thing before Morte was a villain in a TV show where I had to shoot Terrence Hill. But six months ago I never imagined I’d become a game character. When I showed the character to my friends, and they saw me like a cowboy, we laughed for hours. It was a dream and I really can’t imagine how it’s possible now that I’m in my favourite game.

I read that Morte’s background is similar to yours — did you ever spend time in juvie or beat up bullies like him?

I’ve been lucky in my life. I had a happy childhood and have never found myself in bad situations. Sometimes now I read comments from haters on social media but I don’t give them any importance. Nowadays thanks to social media, kids and teens are extremely competitive about appearing, but I think the trick to feeling good in life is to prioritize the things that really matter.

You said being in Call of Duty was a dream come true for you — are there any other games you’d like to be in?

After Morte I reached all my dreams in video games at the moment, but one of my greatest dreams in life is to be a part of something related to Star Wars. Maybe I could be a clicker in The Last of Us Part 3.

If you went for Star Wars what would your character be like?

I can’t choose a character, but for sure a bad one, a villain. In Star Wars, villains are pretty cool.

Who’s your favourite one?

This whole experience — what’s been your favorite part about it?

For sure my work on my voice. I never dubbed something [before], and for the first time I was also dubbing in English, so it’s really challenging for me, but I’m very proud of the work and all the staff are happy so I’m really excited and happy about that. 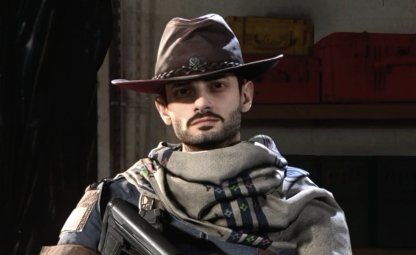 Is it something you’d like to do more of?

More Call of Duty in particular?

I don’t know, maybe if I have the opportunity to do something else with Infinity Ward or Activision it’s cool for me.

Do you play yourself in Warzone now?

Yeah. Three days ago, we played with my friends and we played with three Mortes at the same time. It’s crazy because I can hear my voice like 100 times in one minute so it’s driving me crazy. It’s pretty cool.

Do your friends get distracted when you and the character talk at the same time?

Yeah. Also I love to troll and joke with my friends. I enter the voice channel of another team during a tournament and speak like the character, like, “Enemies, there!” and my friends are going crazy because they don’t know if it’s real or the game.

Do you do it to random people as well?

How do they react?

Crazy. Sometimes they catch me, but sometimes it works.

It’s amazing, man. It’s my dream. From now on I think I can’t change my operator.

What about when you play with your friends, is it weird for them to play as you?

When I scream and say bad words and stuff like that they get really distracted. But they’re really proud of me and proud of this operation because Italy is a small country and when we can show up in a game like this we’re all proud of that.

How Cyberpunk 2077 got the faces mostly right