With a series as long-running and acclaimed as Final Fantasy, there are many creatures that have become iconic in the minds of players. From the instantly recognizable Chocobo and Moogle to the common Flan and Bomb, these monsters are one of the core elements of the series and they have some unique abilities of their own (as anyone who hunted down all the Enemy Skills in the original Final Fantasy VII will know). While it feels good to take them down for the experience or items that they provide, it feels better to summon them to fight as allies instead.

No designer can come up with over 30 years worth of ideas on their own, however, and why would they? The history of the real world provides countless sources of inspiration to draw from, and the best works of fiction all have a basis in such tales, however unexpected. 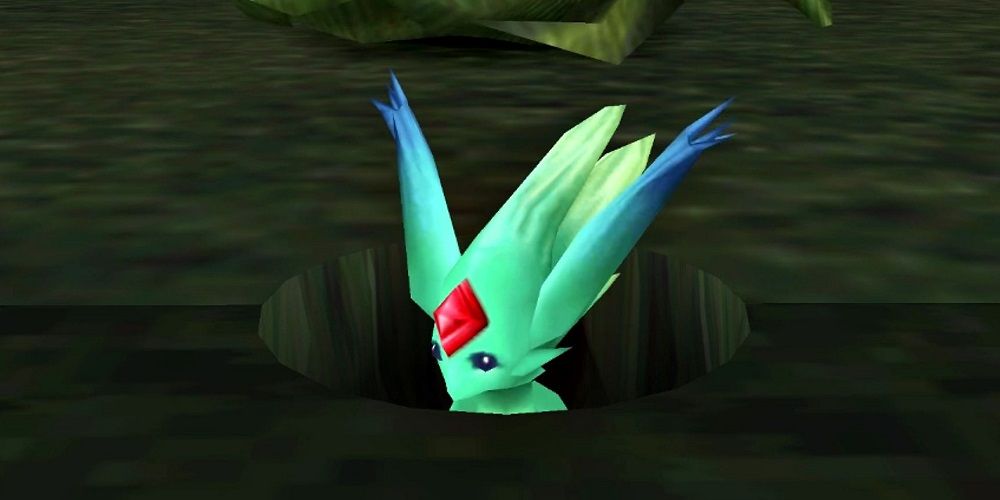 First introduced into the series in Final Fantasy 5, and returning for many titles since, Carbuncle provides the player with easy access to party-wide defensive or supportive spells (most famously Reflect).

While some cuts of red gemstones are referred to as carbuncles, this Carbuncle’s true origins lie in South America, primarily in Chile and Paraguay. Reported by Spanish explorers as a small bird or mammal with a gem in its forehead known as Carbunclo, it was believed to bring good luck or fortune to those that could catch it. 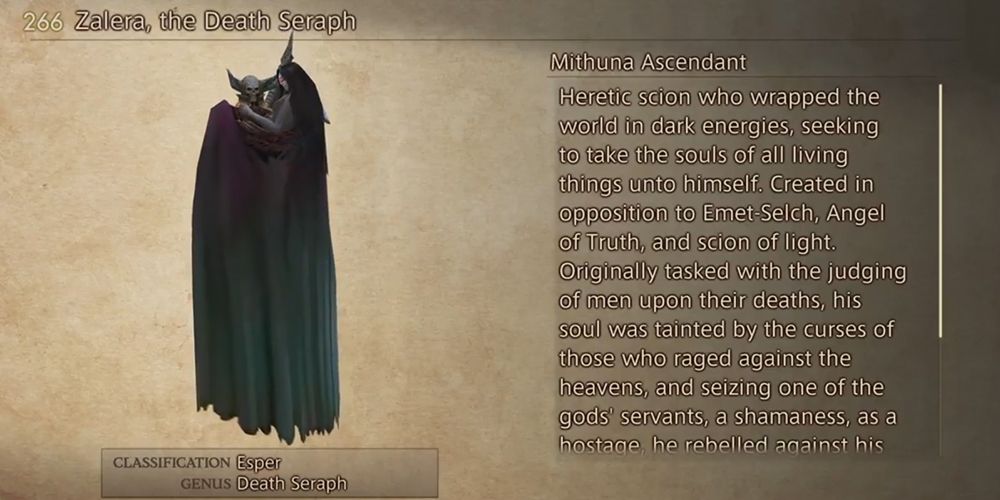 Making his first appearance as a member of the Lucavi in Final Fantasy Tactics, Zalera returns as an Esper in Final Fantasy 12. His title of the Death Seraph gives away his true origins: Zalera is a simple anagram of Azrael, the angel of death.

Tasked with taking away the souls of the deceased, he uses his power over death to summon the undead to fight against the player during their quest to unlock him (Final Fantasy fans are no strangers to tough battles, of course). Once on the player’s side, Zalera gains the ability to instantly kill some enemies, though this deprives the player of any potential experience from them. 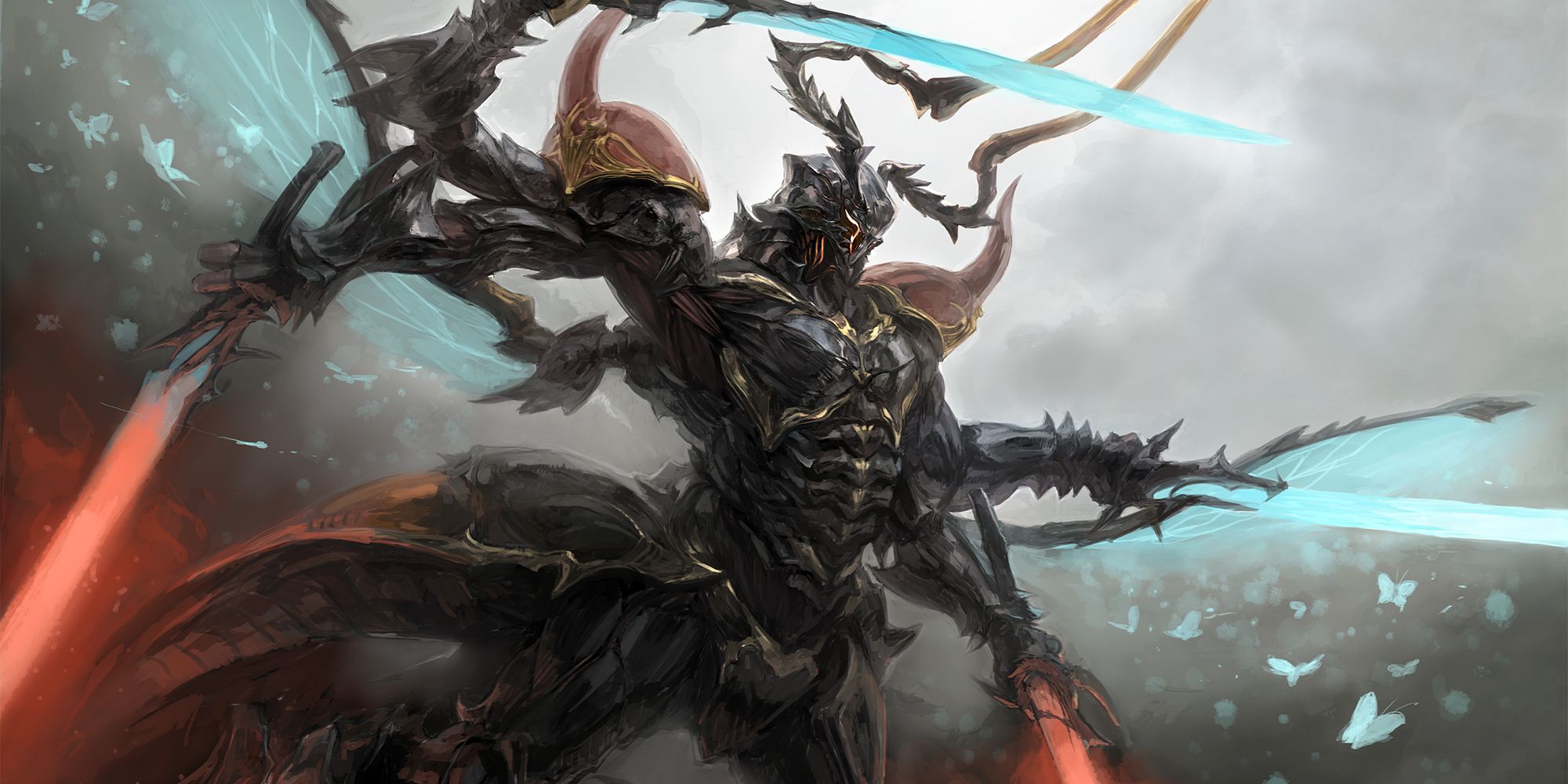 Wielding four swords and revelling in combat, Ravana, the “Saviour of the Gnath,” was the first primal created specifically for Final Fantasy 14, rather than being based on summons from prior games in the series.

His origins come from the Hindu epic Rāmāyana, where Ravana is the king of Lanka and one of the primary antagonists. Blessed by Brahma so that he could not be killed by gods, demons, or spirits, he reigned as a demonic king until he kidnapped Rama’s wife Sita and was subsequently struck down by him. 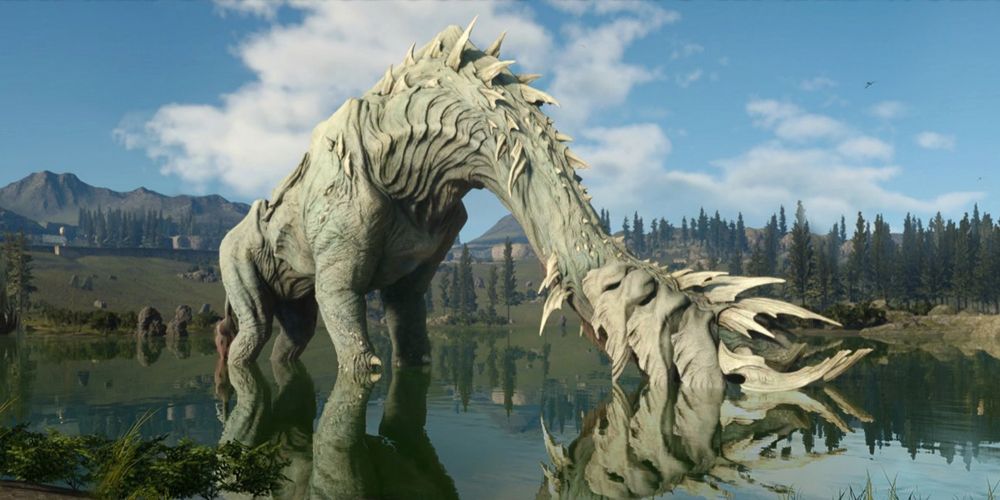 First debuting in Final Fantasy 3, able to be summoned in Final Fantasy 5 and returning in many slightly different forms throughout the years, Catoblepas uses its Demon Eye ability to attempt to petrify all enemies. Surprisingly, this actually comes directly from its origin.

Originally a legendary creature from Ethiopia, it appeared at first glance to be a slow-moving cape buffalo, its head so large as to be pulled towards the ground. Much like the Gorgon of Greek mythology, it was believed that its stare could turn people to stone and that its breath was poisonous (a trait retained in its Final Fantasy 6 incarnation). 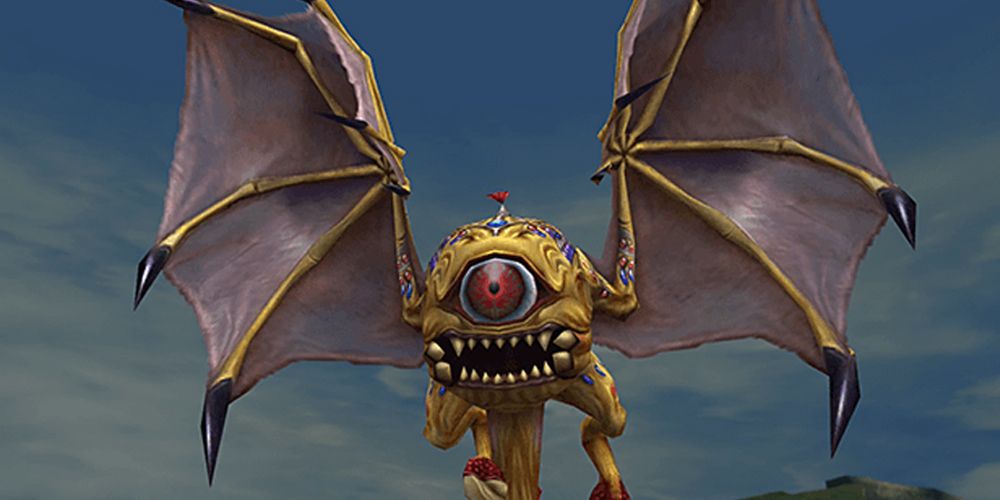 Originally debuting in Final Fantasy 3, appearing as a summon in Final Fantasy Crystal Chronicles: My Life as a Darklord, and recurring as a regular enemy, the Ahriman has two separate but connected inspirations. The Ahriman’s appearance comes from the idea of the evil eye, a gaze said to curse the subject of it.

The name Ahriman itself, meanwhile, is the Middle Persian name for Angra Mainyu, the Zoroastrian personification of a destructive spirit or mentality. Given that both relate to evil and destruction, combining the two origins into one creature was a smart design decision. 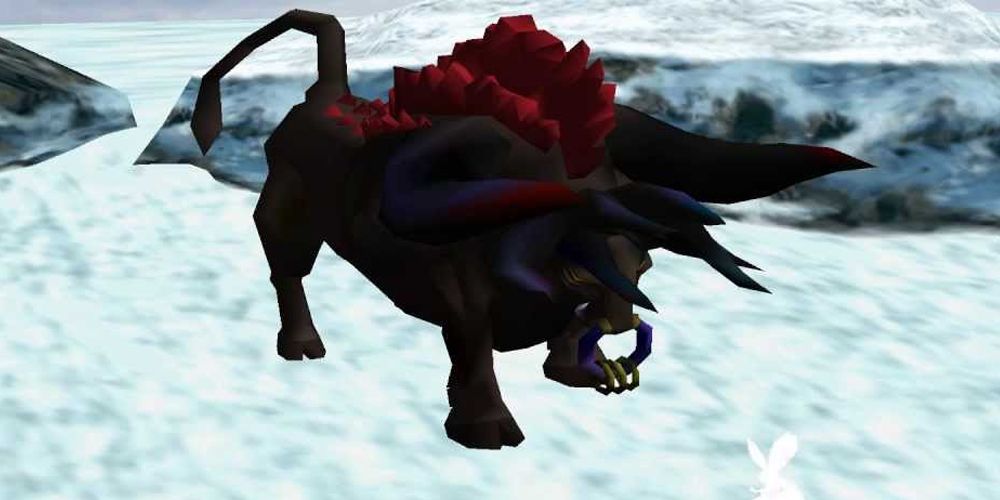 First appearing in Final Fantasy 7 as a bull with multiple eyes and horns, it was one of only three spells to inflict multi-elemental damage. Its inspiration, the bull Kuyūthā, stems from Arabic cosmology, where it was described as having upwards of 40,000 horns, legs, eyes, and other body parts.

Its breath was believed by some to control the tides, but that is not its main job. Standing on the back of a large fish or whale, Kuyūthā carries on its own back a large rock made of ruby, upon which stands the angel that holds up the world. 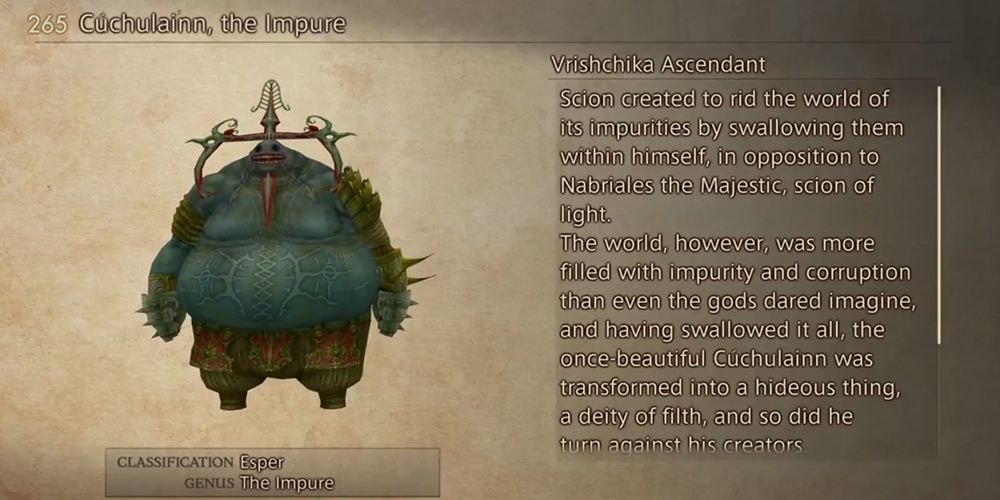 The first of Final Fantasy Tactic’s Lucavi, and available as a summon in Final Fantasy 12, Cúchulainn was created to swallow the world’s impurities. By so doing, it was corrupted into the poison-aligned creature that it is.

It gets its origin from an Irish mythological hero, Cú Chulainn. The hero was subject to terrifying battle frenzies in which his body would be twisted and disfigured in grotesque ways (and during which he could no longer tell friend from foe), an action mirrored by the Esper’s corruption from a creature of beauty into a deity of filth. 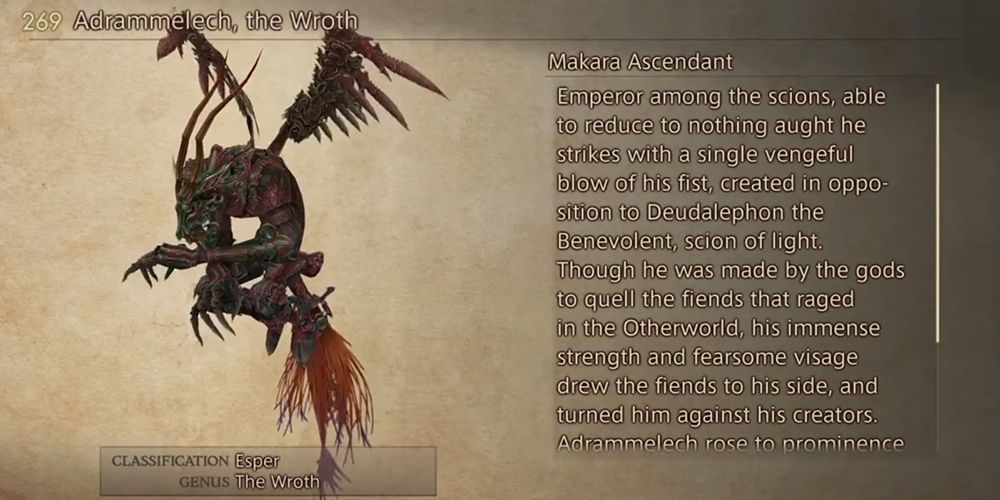 The fourth Lucavi to be fought in Final Fantasy Tactics, Adrammelech is a more obscure Final Fantasy summon, a dragon-like Esper associated with lightning. His origins, meanwhile, tell a far different story.

Adrammelech has his origins as an ancient Semitic god with a name translating to “magnificent king.” He appears by name in the Book of Kings as a god of Sepharvaim, believed to refer to a twin pair of cities north of Babylon. There have been many attempts to equate Adrammelech with several other gods, such as Baal and Hadad, but not enough written records survive to settle the debate. 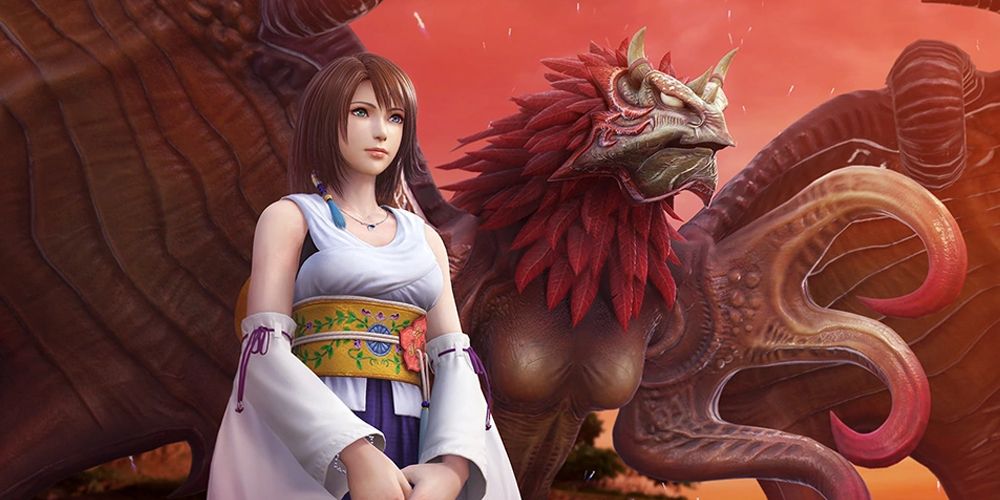 The first of the summoner Yuna’s Aeons in Final Fantasy 10, Valefor appears as a bird-like beast with the ability to delay opponents. The only Aeon with multiple overdrives, Valefor has remained Yuna’s iconic summon in her every appearance across the franchise.

In demonology resources such as the Ars Goetia, meanwhile, Valefor is known as a Duke of Hell, in charge of tempting people towards theft. Contrary to Valefor’s avian appearance in Final Fantasy, though, in demonology Valefor is a lion with either the head of a man or a donkey. 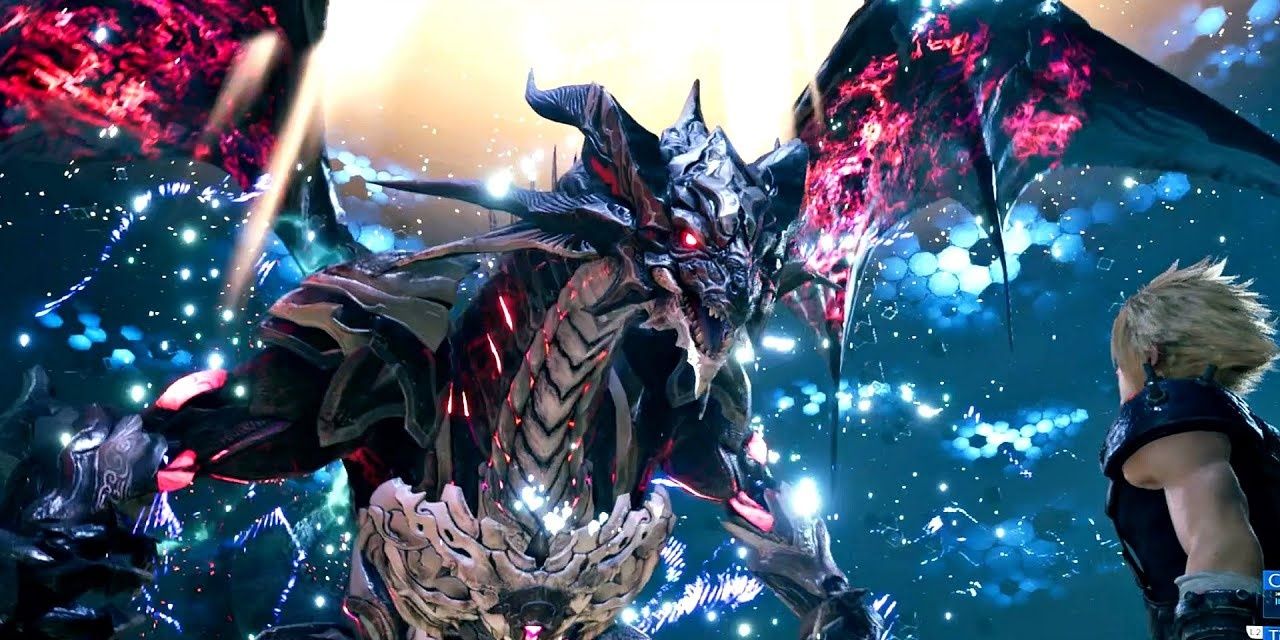 Appearing in almost every Final Fantasy game, Bahamut is one of the most recognizable figures in the franchise. His appearance as a dragon and his moniker as the King of Dragons extends beyond Final Fantasy, to almost every representation of him in pop culture.

In traditional Arabic sources, however, Bahamut is most often represented as a fish or whale, the same fish or whale that Kuyūthā stands on. It may not be as terrifying or as glamorous as being the king of dragons, but being the foundation of the entire earth is a far more important role.

NEXT: Final Fantasy: The 10 Most Recurring Monsters In The Series, Ranked By Appearances

Kent Anderson-Brettell is a freelance writer and game designer based in Toronto, Canada. He is a prolific MMO-player, JRPG enthusiast, and advocate for story-heavy games.