Whether you’re a completionist or just fishing to make a quick buck, it’s important to know what fish are available as we cross over to a new month in Animal Crossing. In this article, we will cover not only the new September fish, but also their selling prices, their shadow size, and where and when you can find them. 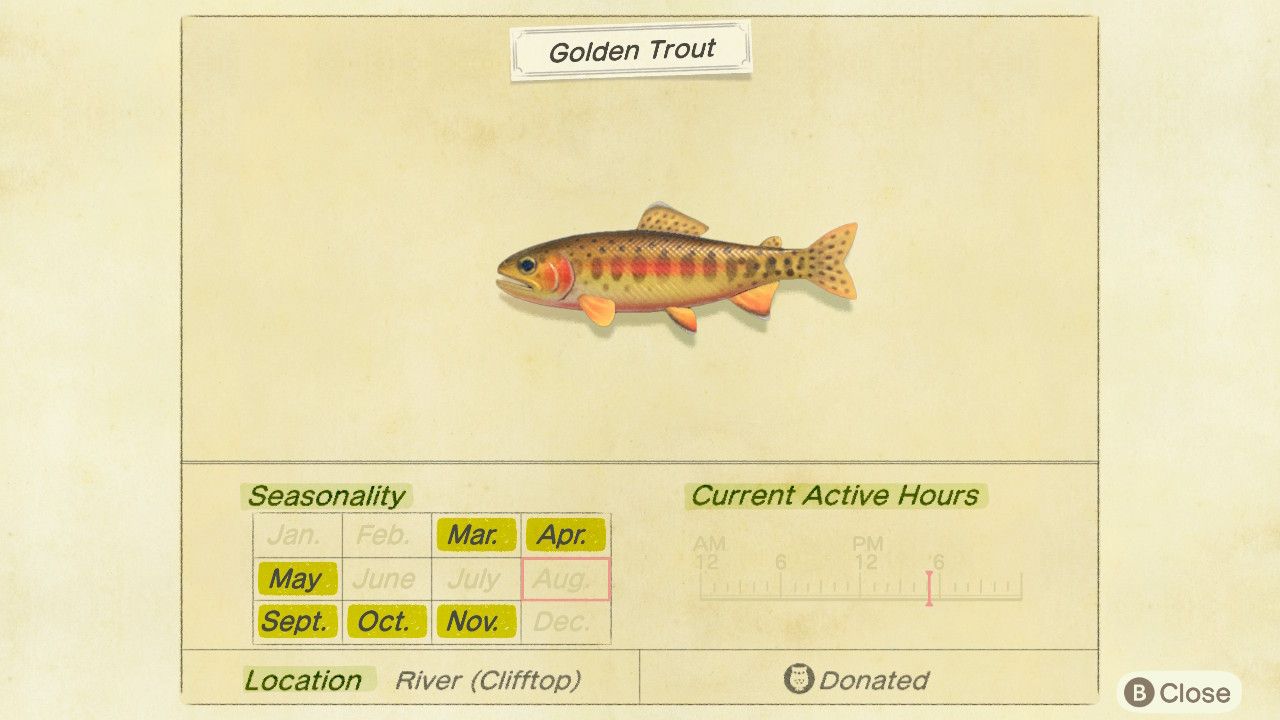 In the Northern Hemisphere, there are 8 new fish available starting in September: Pike, Cherry salmon, Char, Golden trout, Salmon, King salmon, Mitten crab, and Sturgeon. These fish are all conveniently located in rivers, clifftop rivers and their ponds, and river mouths (leading into the ocean). 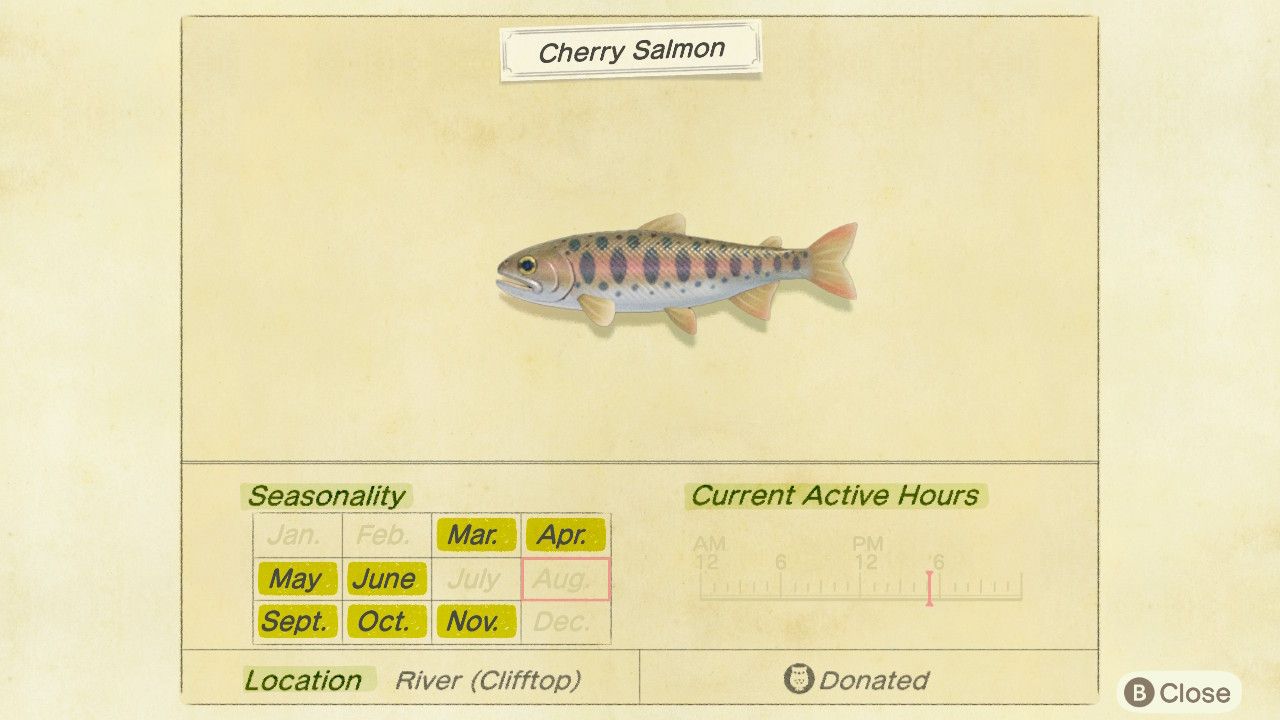 Next up is the real money-maker: the Sturgeon, which has a very large shadow in river mouths all day. This sought-after fish is worth 10,000 bells. The next two fish are also available in river mouths all day: the King salmon and the regular Salmon. The King salmon is characterized by its very large shadow and is worth 1,800 bells. Meanwhile, the Salmon is a “medium-large” sized shadow worth 700 bells.

In the Southern Hemisphere, there are 6 fish available starting in September: the Tadpole, Loach, Golden trout, Cherry salmon, Char, and the Barred knifejaw. The Tadpole is the only new fish found in ponds. Its shadow is very small in size and is available all day, but it only sells for 100 bells. Next, the Loach is worth 400 bells, and can be found in rivers as a small-sized shadow all day. Information about the size, location, time found, and price of the Golden trout, Cherry salmon, and Char can be found earlier in this article. The Barred knifejaw is the only new fish found in the ocean this month. Worth 5,000 bells, the knifejaw appears all day as a small-medium-sized shadow.

You can play Animal Crossing: New Horizons available now on the Nintendo Switch.

Uber launches its Pass subscription across the U.S., minus California