We all remember how Apex Legend’s launch in 2019 with its rather exotic nature shook the battle-royale realm. Superior movement mechanics and awesome weapons in Apex Legends were the main reasons for the game’s success. However, it would be quite unfair if we didn’t mention its strikingly beautiful skins and cosmetics.

You may find skins in other battle-royale titles slightly less eye-catching, but in Apex Legends, it really makes a difference. Some people even allow themselves to judge a teammate purely based on their skins, provided that their banners don’t speak of their skills. It appears that the developers have found the perfect formula to attract players’ attention to skins and cosmetics without making the game too awkward. 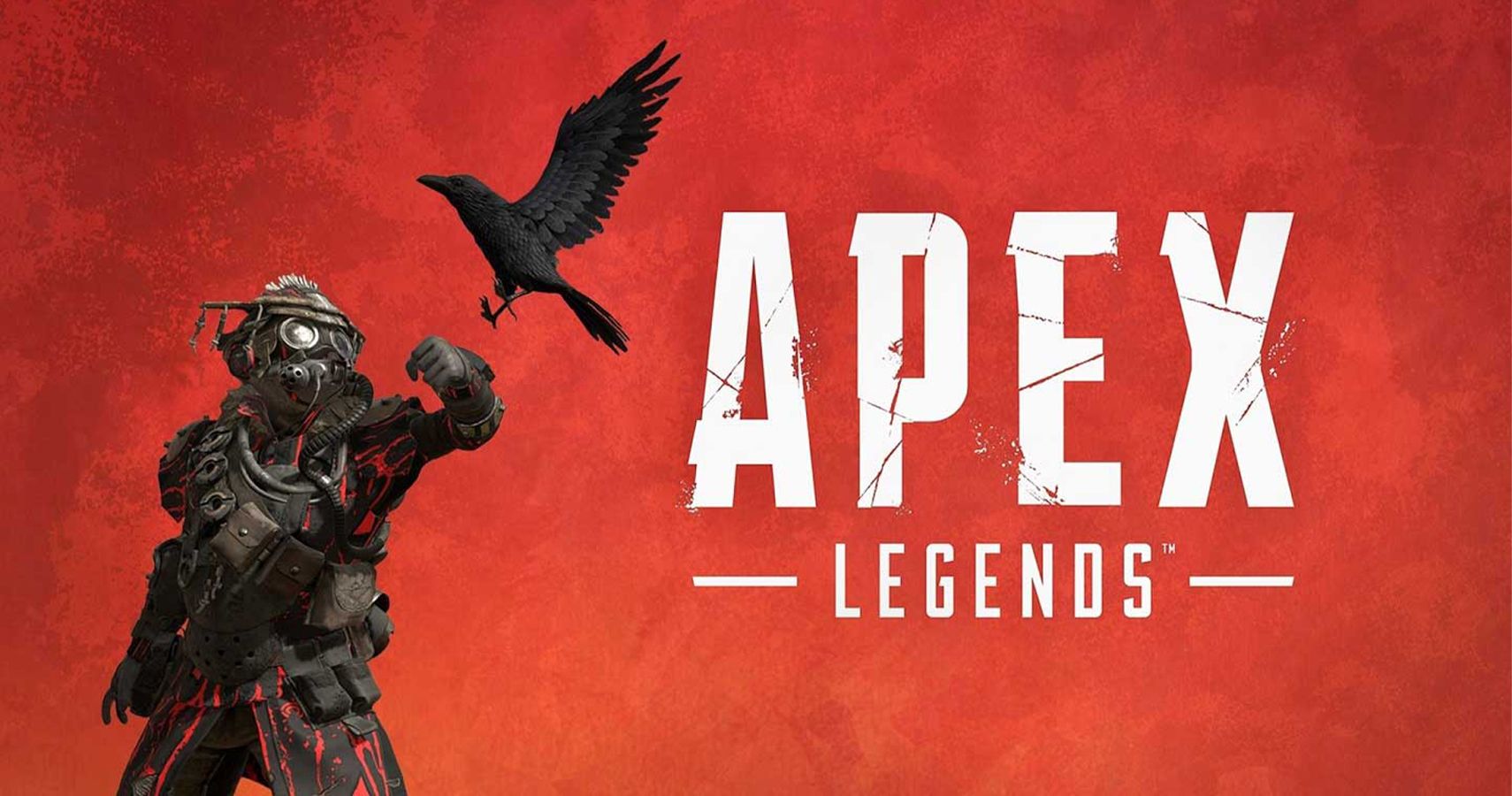 But there is one more cosmetic item in the game that matters the most to players. It also happens to be the rarest cosmetic item too, forcing the most determined eyes to succumb to its beauty upon the first glance. I think you have guessed it by now. It is called an Heirloom.

What Are Heirlooms In Apex Legends

If you can get your hands on one of these Heirlooms, they are going to replace the character’s unarmed fist animation and melee attack. Instead of those unbecoming fists, you are going to have a really satisfying item in your hand, brandishing it at the enemies every chance you get.

The best cosmetic item to show off in Apex Legends is undoubtedly an Heirloom, precisely because not many people have one.

As time moves on, legends in the game keep receiving their exclusive Heirlooms, but you have to understand why they are released gradually. As the most important item for a legend, Heirlooms constitute a big chunk of a legends’ identity. Consequently, the developers have to make sure that all aspects are thought out, and no Heirloom is rushed.

As of now, there are 9 Heirlooms available, each corresponding to a certain legend. It is worth mentioning that they come in a pack that includes a fancy Banner Pose and an Intro Quip.

In this article, we are going to take a look at each and every one of these Heirlooms and how to get them.

Intro Quip: “You know what I look like – come find me.”

We have to confess that Wraith’s Kunai is arguably the most captivating among all the Heirlooms. It is essentially a black kunai with edges that glow and sparkle in purple. This kunai matches Wraith’s ninja theme.

Paired with a similarly themed skin, the Kunai will be sending a strong message to the enemy team about your wraith’s personality. She is taking no prisoners.

If that description didn’t send you salivating for a while over the Kunai, you should see how it makes little portals appear every time you perform a melee attack with it. Even looking at the Kunai using the inspection button is strangely satisfying. Wraith purportedly obtained the Kunai from an alternate version of herself. Another fun fact about the Heirloom is that it has “QUIETO” written on it, which translates to “Quiet” or “Still”.

Raven’s Bite is a horrifying axe with raven detailing and a glowing red edge, which Bloodhound allegedly got from their uncle Arthur. We have to say it reminds us of the axes you could only find in horror movies, with the glowing red edge reminding you of blood.

This color scheme is believed to represent the utmost level of violence and hostility, and the axe just takes that to a whole new level. All in all, it further engenders a feeling of fear in the enemies, especially if they see a Bloodhound chasing them with his Raven’s Bite out after having activated his Ultimate ability!

The movement speed boost that he gets makes sure that no soul is going to escape the chastisement of Raven’s Bite. All of it signals death, a violent one.

Intro Quip: “Check yo self – or wreck yo self. (chuckle)”

A pair of defibrillator drumsticks, Shock Sticks are not nearly as frightening as the previous two. One could say, however, that they are cute and interesting. The shocking effect upon touching each other is amusing, but not that fancy.

It is generally designed to match Lifeline’s less hostile air. She is a medic after all, and it is only right that she gets an Heirloom that reflects her affectionate personality rather than a frightening weapon. It is, nevertheless, an Heirloom and Lifeline mains would die for it.

Intro Quip: “Did you see how great I was? I did all kinds of really amazing moves… are you listening?”

The boxing gloves are by far the most harmless-looking Heirloom in the game. They also have little screens on them to display Pathfinder’s emotions, matching the screen in his chest. They bring an air of sportiness to Pathfinder’s already flippant character. It also matches the blue theme in the Fight Night Boxing Ring in the Olympus map.

Octane’s Heirloom is a butterfly knife with his signature stim all over it. You could also notice a needle that he could inject into his body. The way he thrusts it forward upon every melee attack reminds you of the speed and impetuousness with which we have come to associate Octane. It also matches the green theme noticeable in his stims and the trail he leaves behind after using one.

Banner Pose: You Really Love Me

Melee Weapon Skin: Too Much Witt

Intro Quip: ”Excited to see you all in the ring. Don’t worry, there’s plenty of ‘mes’ to go around.”

This particular Heirloom is purely designed to make you laugh. It is just a golden trophy of Mirage for “Best competitor in a Battle Royale – Based on skill but mostly looks.” It makes a reference to the live performance that took place in The Game Awards 2019.

It couldn’t fit more perfectly with mirage’s narcissistic personality and hilarious delusions of grandeur. You should also see how funny it is to watch him get emotional every time he pulls out the Heirloom and interacts with it.

Intro Quip: “I look forward to getting my hands on you.”

Caustic’s Heirloom is a hammer with a skull at the back equipped with Nox gas. This Heirloom has a different air of terror to it. Just imagine suffocating in his gas and getting hit in the head with a heavy scary hammer as a finishing move. That should certainly send waves of fear down your spine.

Moreover, the hammer releases a tiny amount of Nox gas whenever he presses a button on it, which in a way resembles the air an angry bull lets out of its nostrils before charging toward you.

An interesting fact about Caustic’s gas is the appearance of a spider upon one of his weapon inspections. It is said that his caustic gas is obtained from this spider.

Intro Quip: “When this is over, they’ll all know the name ‘Gibraltar.’”

Matching Gibraltar’s gigantic stature, War Club is a hatchet that emits sparks and glows with heat. The idea behind this Heirloom is just to mimic Gibraltar in being clunky, even down to the clink it makes upon hitting the enemies. He brandishes it around in a most arrogant way while pressing the button on it that stokes the flames coming out of it.

Banner Pose: No gun, No Problem

Intro Quip: “Hope you’re not afraid to get your hands dirty.”

Opinions on this Heirloom might be subjective, but we would probably deem it the most mundane Heirloom among all. The developers kept Bangalore waiting since the game’s launch to give him a rather ordinary Pilot’s knife. Most Bangalore mains were disappointed with the Heirloom when it came out as it is just not exciting enough.

How To Get An Heirloom In Apex Legends

As we mentioned earlier, the rarity of Heirlooms is what sets them apart from all other cosmetic items in the game. So, the developers had to come up with a mechanism for unlocking them that would keep players yearning for an Heirloom for years.

Each Heirloom has to be unlocked together with the set. Each set costs 150 Heirloom Shards.

Now, how do you get your hands on Heirloom Shards? This is the part that might be a little disappointing.

Furthermore, it is worth mentioning that each Collection Event brings with itself a new Heirloom Set. You have to collect all the 24 items in the event’s collection set to gain access to the Heirloom, which is going to cost you an arm and a leg.

COVID and mental health: What employers and HR need to know (VB Live)

Facebook Is Launching An All-Inclusive Gaming And Streaming App