Crash Bandicoot is back and looking better than ever. While the 2017 remaster technically put Crash into modern gaming, the just-released Crash 4 solidified his return. Hopefully a Smash Bros. cameo is next, but until then fans can show support by buying some cool new merch.

A slew of new goodies are available, letting you show some Bandicoot love by wearing it on your literal sleeve. Or you can have Crash hold your controller while you eat your Flamin’ Hot Cheetos. There’s also a new Wumpa Fruit flavor of G Fuel, if you really want to feel like a Bandicoot.

First up are two collections of apparel. Champion created a Crash set for its Gamer Collection. It adds some color to basic streetwear and features designs based on the masks of Crash’s world. Bricktown brings hoodies with a more retro look to their graphics. Both are limited. 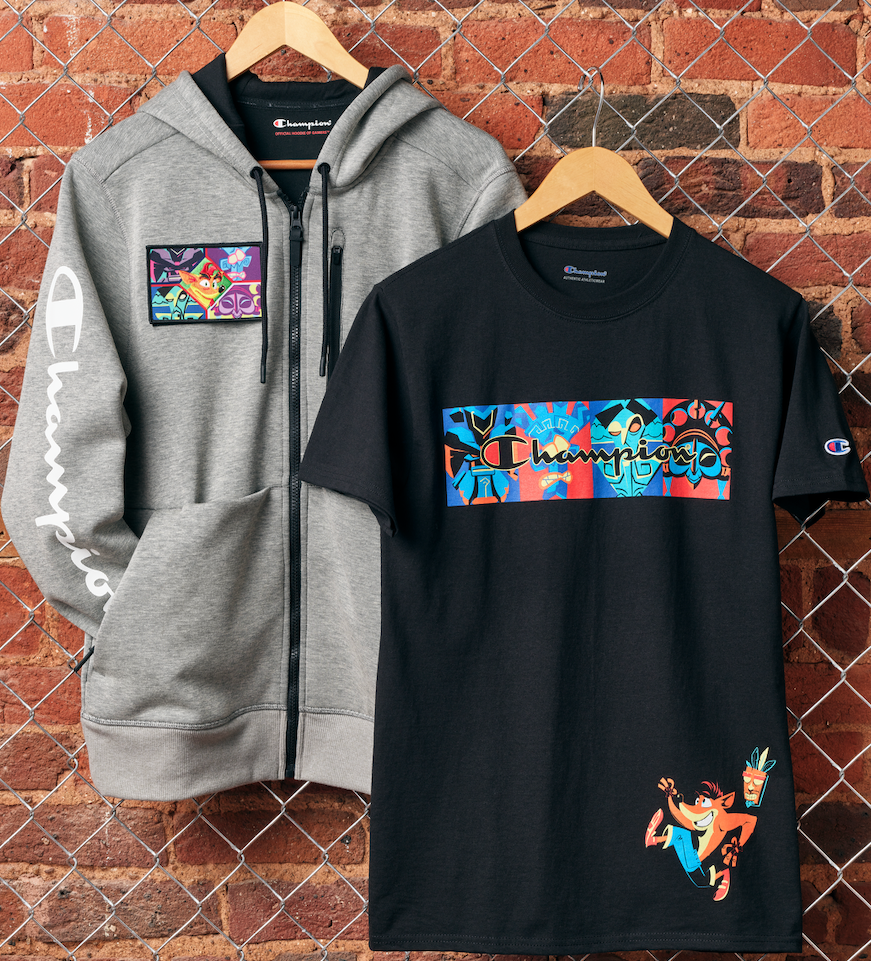 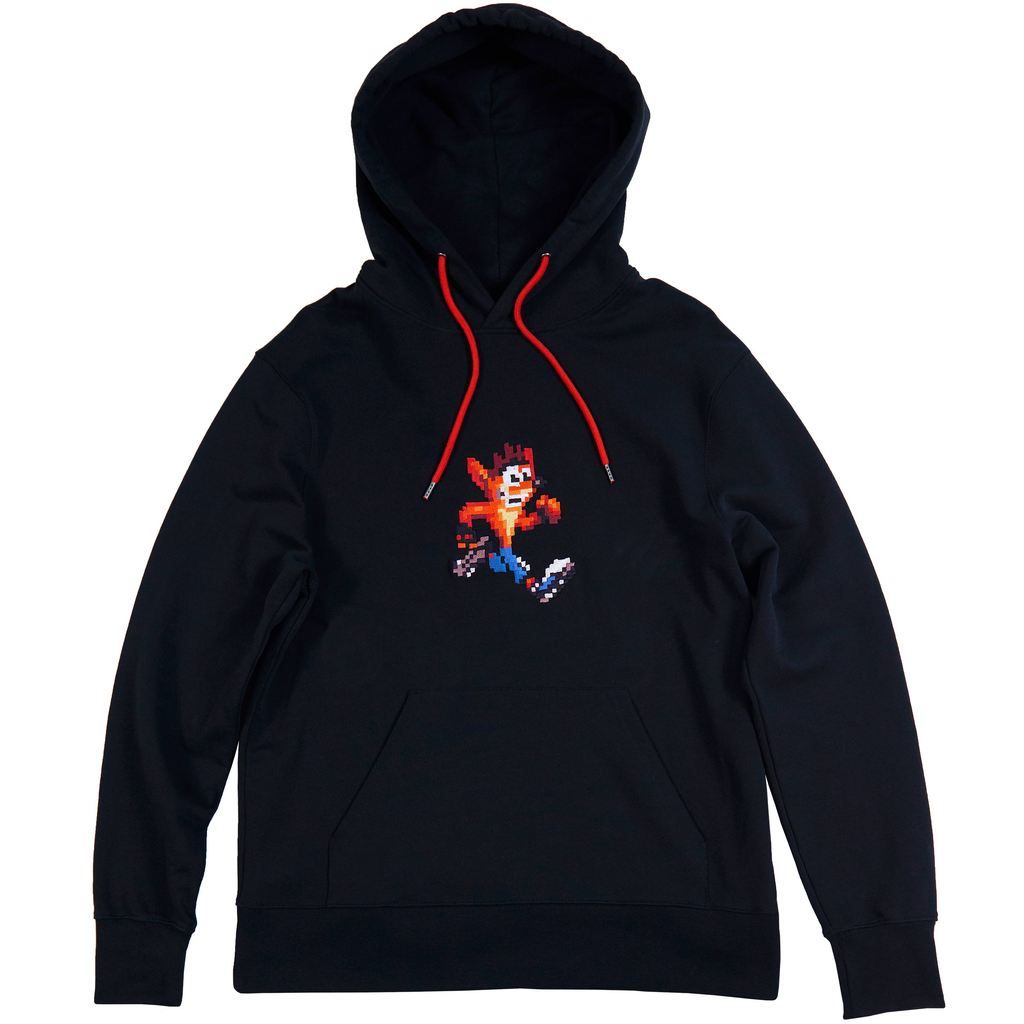 On November 3, Titan Books will give fans a peek into The Art of Crash Bandicoot 4: It’s About Time. The gorgeous book will feature plenty of concept art and behind-the-scenes interviews, and is available for pre-order now. 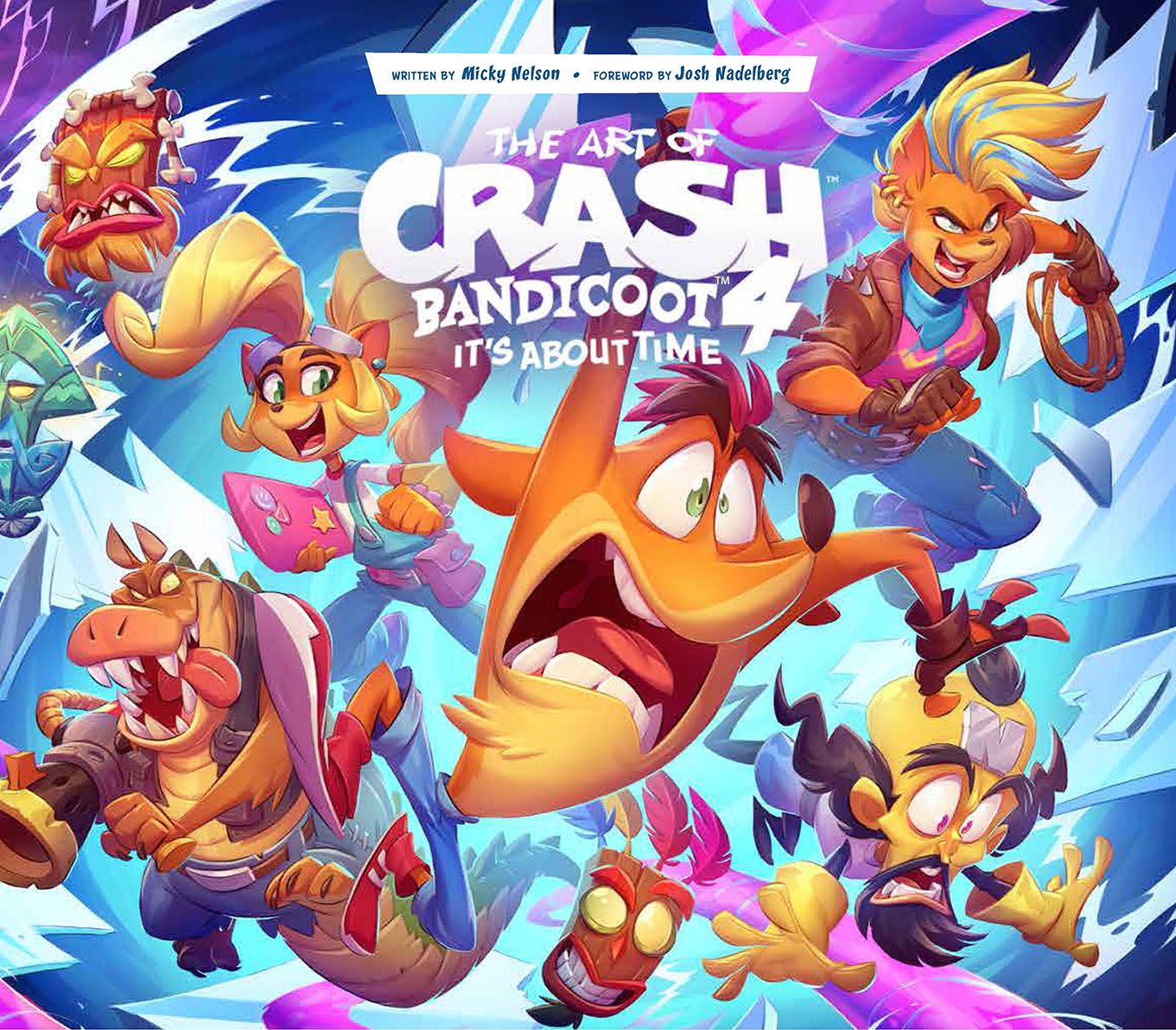 These statues of Crash and Aku Aku come from Cable Guys, and act as stands for your controllers. Or your phone, if you’re busy using your controller. They release on October 19. 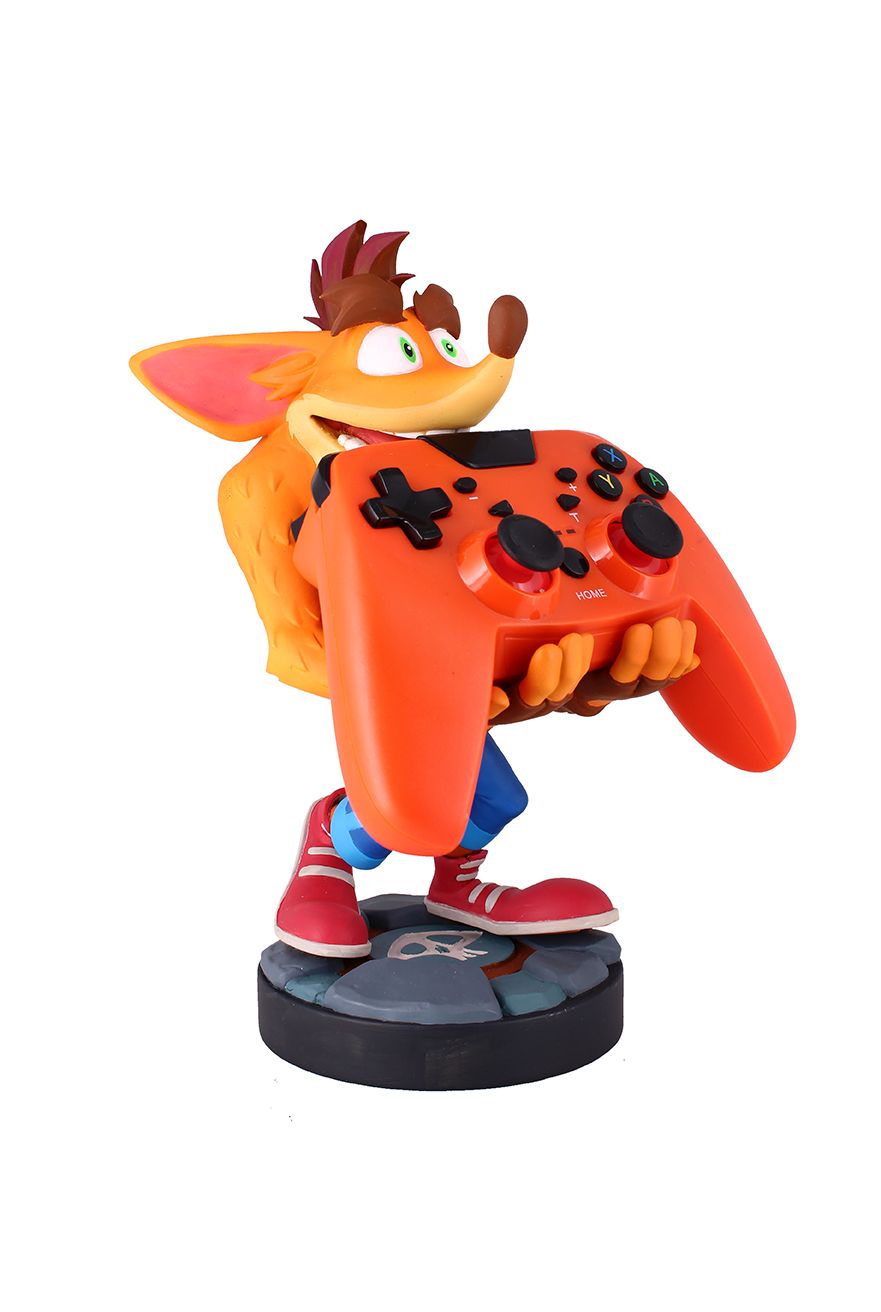 On the opposite end of the figure spectrum are Youtooz. They’re just here to look cute, and this adorable foursome of Crash figurines are a limited batch. You can probably sense a running theme with this merch. The Crash Bandicoot Youtooz can be pre-ordered now and ship in March 2021. 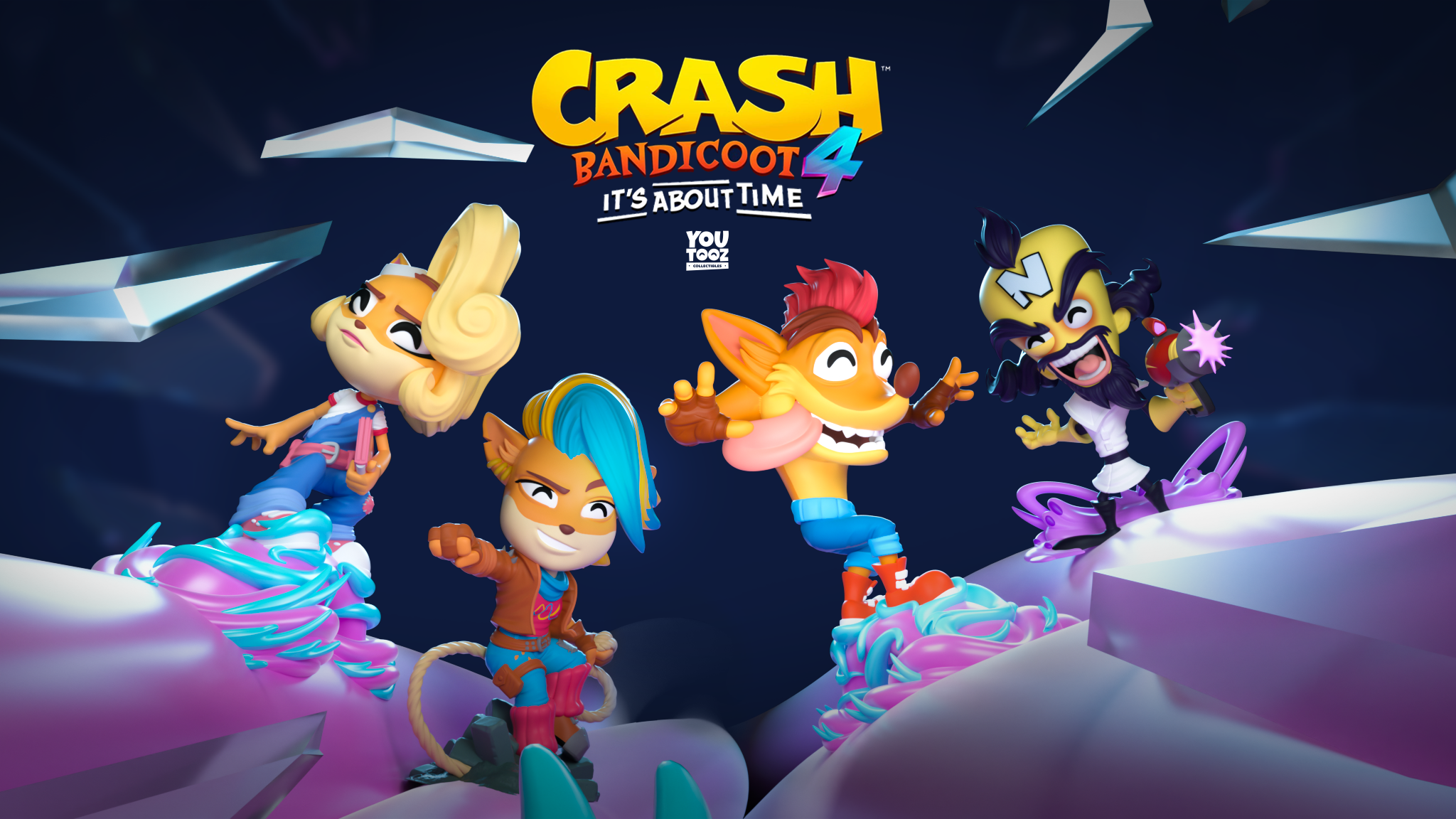 Finally, for those wanting a more premium collectible, First 4 Figures has you covered. The brand has a Mini Aku Aku Mask Companion Edition statue coming out that showcases the famous mask/ally/power-up. Aku Aku comes in four variants – Combo, Golden, Exclusive, and Standard. The Exclusive version will have light-up eyes, and only 1,000 will be made. Once they’re gone, they’re gone for good. They can be pre-ordered now. 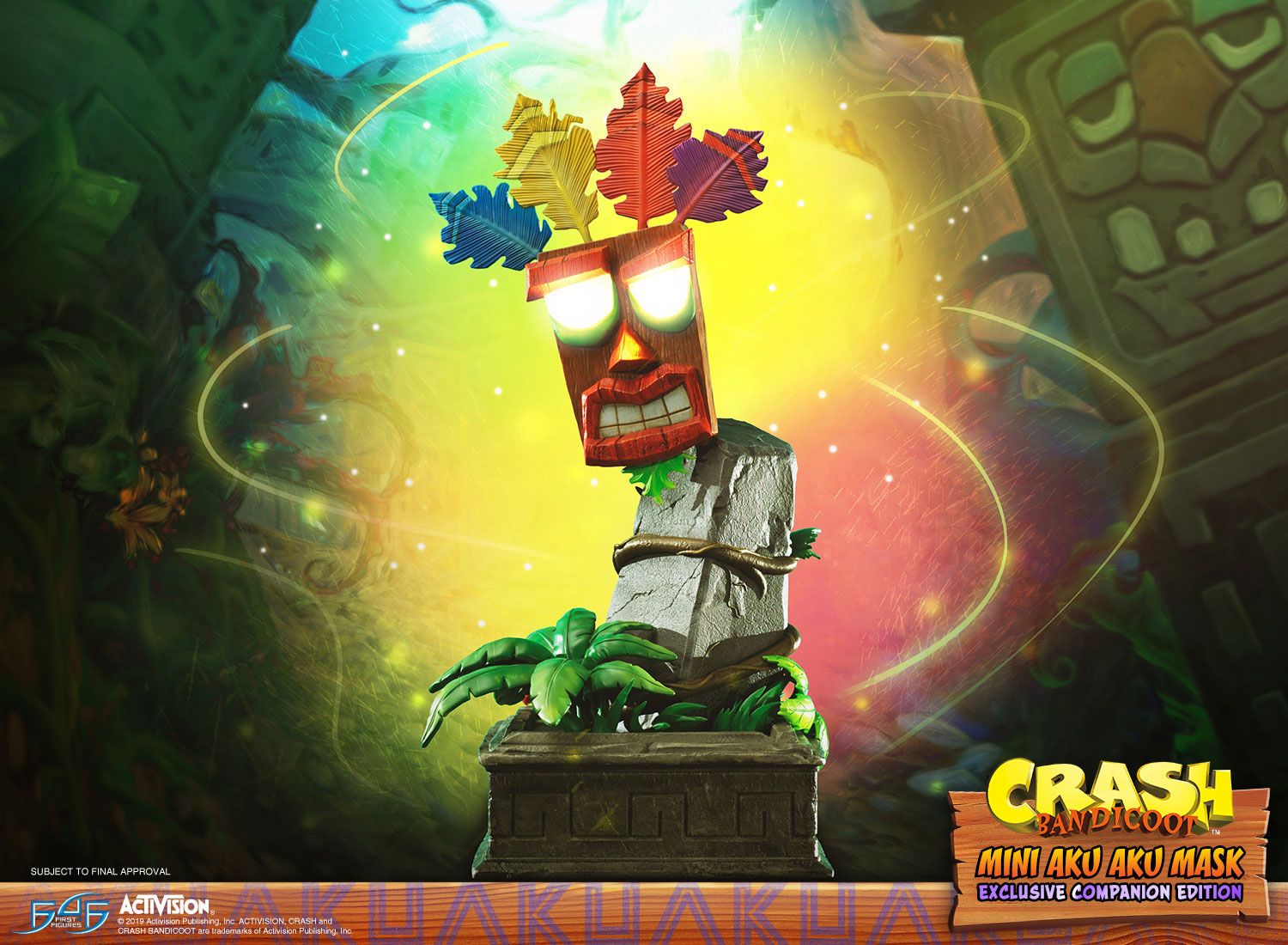 Meanwhile, the actual game this is all based on, Crash Bandicoot 4: It’s About Time, is now available on PS4 and Xbox One.

Assassin’s Creed Valhalla gets a pre-order discount at Amazon