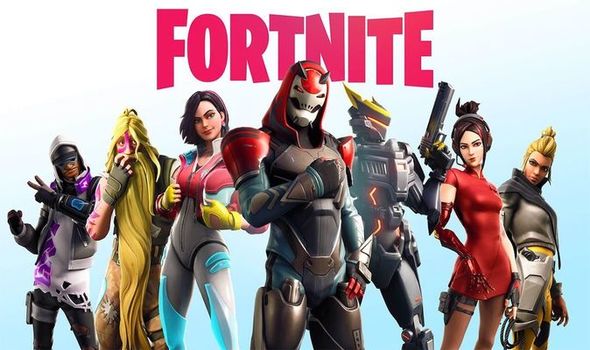 Fortnite Battle Royale can no longer be downloaded from Apple’s App Store, and that also means that the game will no longer update as usual.

The action was taken by Apple today, who released a statement covering why iPhone and iPad owners can no longer find Fortnite on the App Store.

The message shared with The Verge confirms: “Today, Epic Games took the unfortunate step of violating the App Store guidelines that are applied equally to every developer and designed to keep the store safe for our users.

“As a result their Fortnite app has been removed from the store. Epic enabled a feature in its app which was not reviewed or approved by Apple, and they did so with the express intent of violating the App Store guidelines regarding in-app payments that apply to every developer who sells digital goods or services.

“Epic has had apps on the App Store for a decade, and have benefited from the App Store ecosystem – including it’s tools, testing, and distribution that Apple provides to all developers.

“Epic agreed to the App Store terms and guidelines freely and we’re glad they’ve built such a successful business on the App Store.

“The fact that their business interests now lead them to push for a special arrangement does not change the fact that these guidelines create a level playing field for all developers and make the store safe for all users. We will make every effort to work with Epic to resolve these violations so they can return Fortnite to the App Store.”

The new feature in question appears to be the new discount scheme for fans looking to directly purchase V-Bucks.

The Mega Drop scheme gives fans the chance to save upwards of 20% when purchasing V-Bucks from the in-game store.

According to Epic Games, the Mega Drop isn’t a limited-time sale, but rather a new way to save money when using certain payment options.

“Get up to 20% savings on V-Bucks and real-money offers for every purchase on PlayStation, Xbox, Nintendo Switch, PC, and Mac, and on mobile when using select payment methods.

“This isn’t a sale… these are new discount prices available anytime! We’re excited to pass along these savings to you and will continue to look for additional ways to bring value to all Fortnite players.

It’s pretty straightforward on PS4, Xbox One, PC, Nintendo Switch and Mac, where the discounts are automatically applied at checkout.

Things get ever so slightly more complicated on iOS and Android, where players can select from two different options.

When purchasing V-Bucks through your smartphone or tablet, Epic will give players the choice to use Epic Direct Payment, or continue to pay through the Apple/Android store.

Choosing the Epic Direct Payment option will save you around 20%, telling fans: “We’re also introducing a new way to pay on iOS and Android: Epic direct payment.

“When you choose to use Epic direct payments, you save up to 20% as Epic passes along payment processing savings to you.”

“Currently, when using Apple and Google payment options, Apple and Google collect a 30% fee, and the up to 20% price drop does not apply. If Apple or Google lower their fees on payments in the future, Epic will pass along the savings to you.”

Epic Games has shared its own statement on the removal of Fortnite Battle Royale from the Apple App Store, along with a new trailer released on its social media channels, apparently parodying an old Apple 1984-themed commercial.

“Epic Games has defied the App Store Monopoly. In retaliation, Apple is blocking Fortnite from a billion devices,” the statement reads. “Epic Games has filed legal papers in response to Apple.”

Apple also said in a statement to The Verge that it will work with Epic to “resolve these violations” but has ruled out providing a special arrangement with the company.