Assassin’s Creed Valhalla brings a massive open-world to explore, with the side effect of players having to figure out a lot of things by themselves. This necessitates the need to use guides to complete various locations, and some areas have even slipped players’ notice because of how difficult it is to unlock them. On other occasions, leaving a place is harder than entering it, as the difficulty level requires you to go back and boost up. 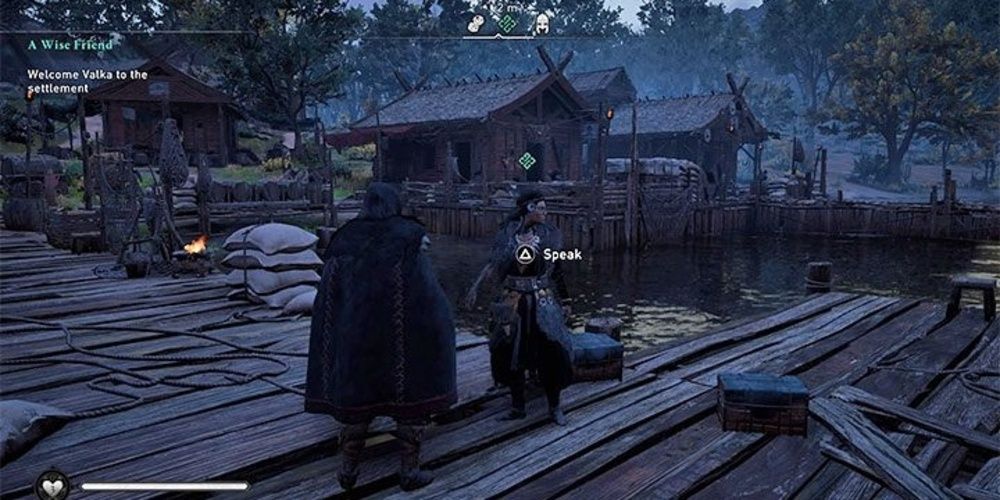 In order to access Asgard, Eivor will firstly need to upgrade the settlement in England to Level 3 and build the Seer’s hut. This invites the Seer Valka over to the settlement, where she tasks Eivor with collecting some thistles to make a potion.

While this is good enough for Eivor to enter her mind place and arrive at Asgard in the form of Havi, the catch is that the difficulty level is enhanced in this area. Players should ideally possess a power level above 90 to avoid repeated deaths since the enemies here are from Norse legends and have their difficulty amped up.

The Mandatory Mission To Play 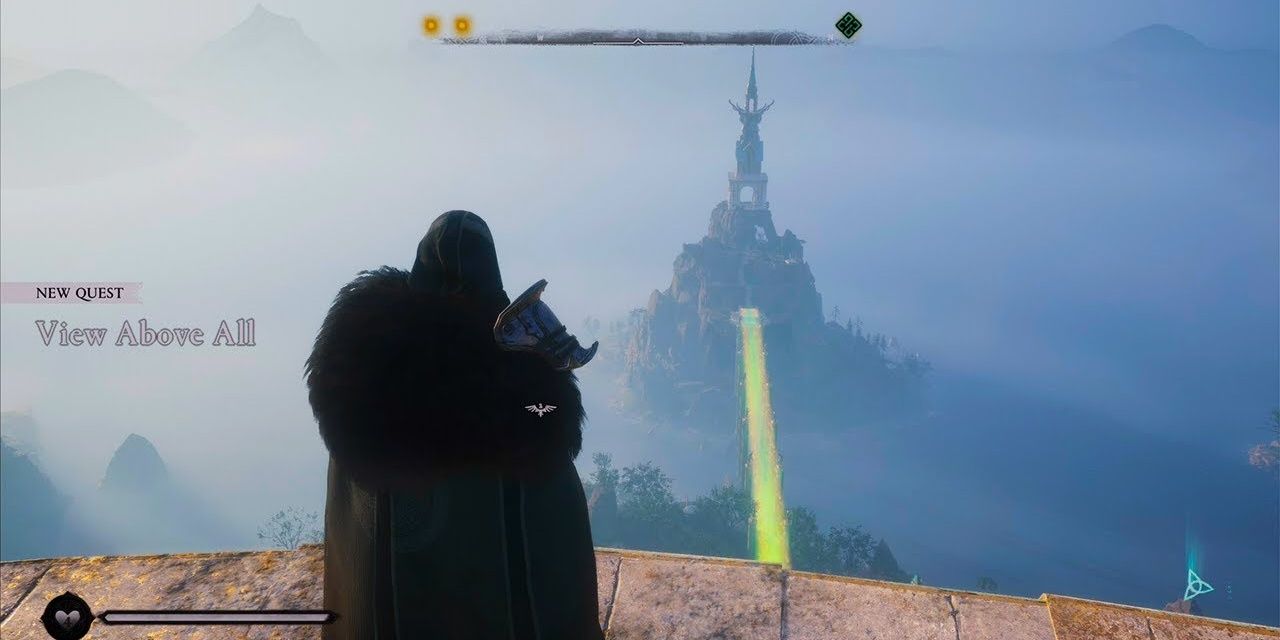 The truth is that it’s not possible to walk out once arriving in Asgard, as there’s no atlas to use as in England and the game doesn’t inform you how to do so either.

The only way to exit is to carry on with exploring Asgard, which means engaging in the missions provided. Firstly, synchronize the viewpoint and perform the leap of faith to approach the Nordic gods at the landing and begin the sequence where they inform Havi of the assault by Jotunheim Frost Giants.

All in all, completing the “View Above All” quest is the only way to progress. This mission is fairly simple, with the purpose being to close the gates where Jotuns are entering. There’s no need to fight the enemies; just head to the end and either engage in a battle with the brute guarding the door or skirt around him to shut the gate.

Availability Of The ‘Wake Up’ Option 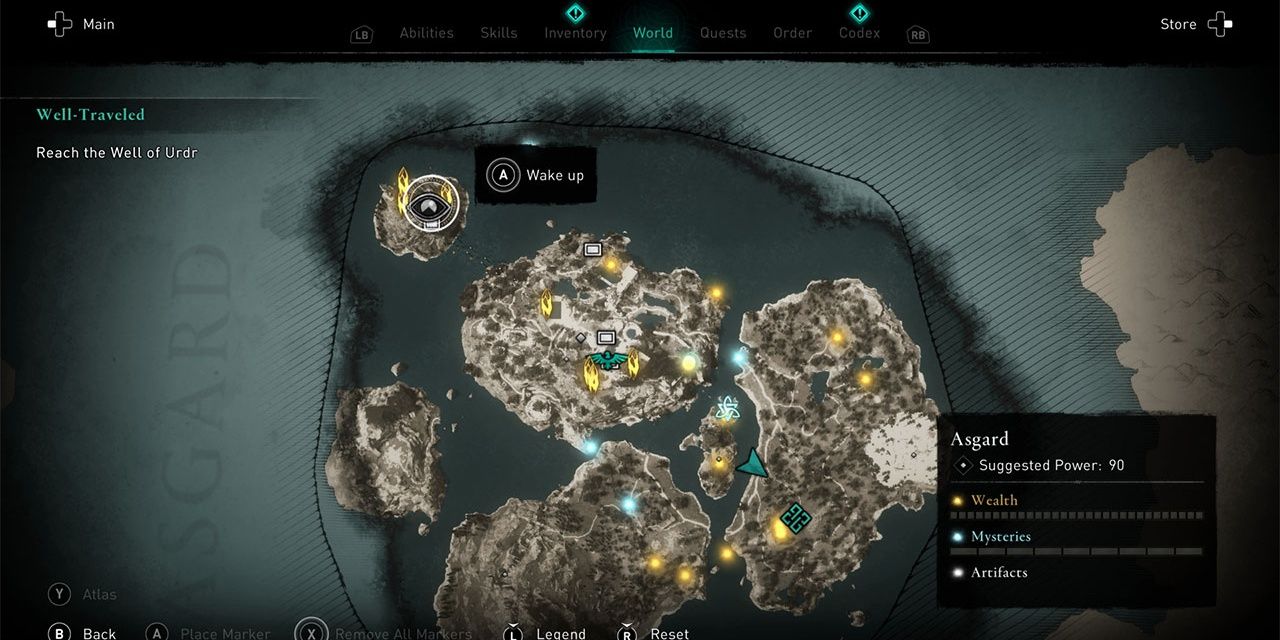 Once the mission and the cutscenes are over, the way to leave Asgard becomes available. Simply open up the world map and move the cursor to the northwest i.e. the top left corner and you’ll see an icon that wasn’t there before. This will be shaped like an eye and hovering over it will make the “Wake up” option appear. Pressing this will return Eivor back into the Viking Age and away from her experiences as Havi.

The Nordic sequences also take the player to Jotunheim when players progress with this story, but the benefit there is that you can leave as soon as you enter. The Norse gods scenario is tough overall and should ideally be played when the power level is much higher, as engaging in missions will trap and force you to fight off powerful beings. So, it’s better to leave Asgard after completing the first mission and return when you’ve progressed far in the main game. 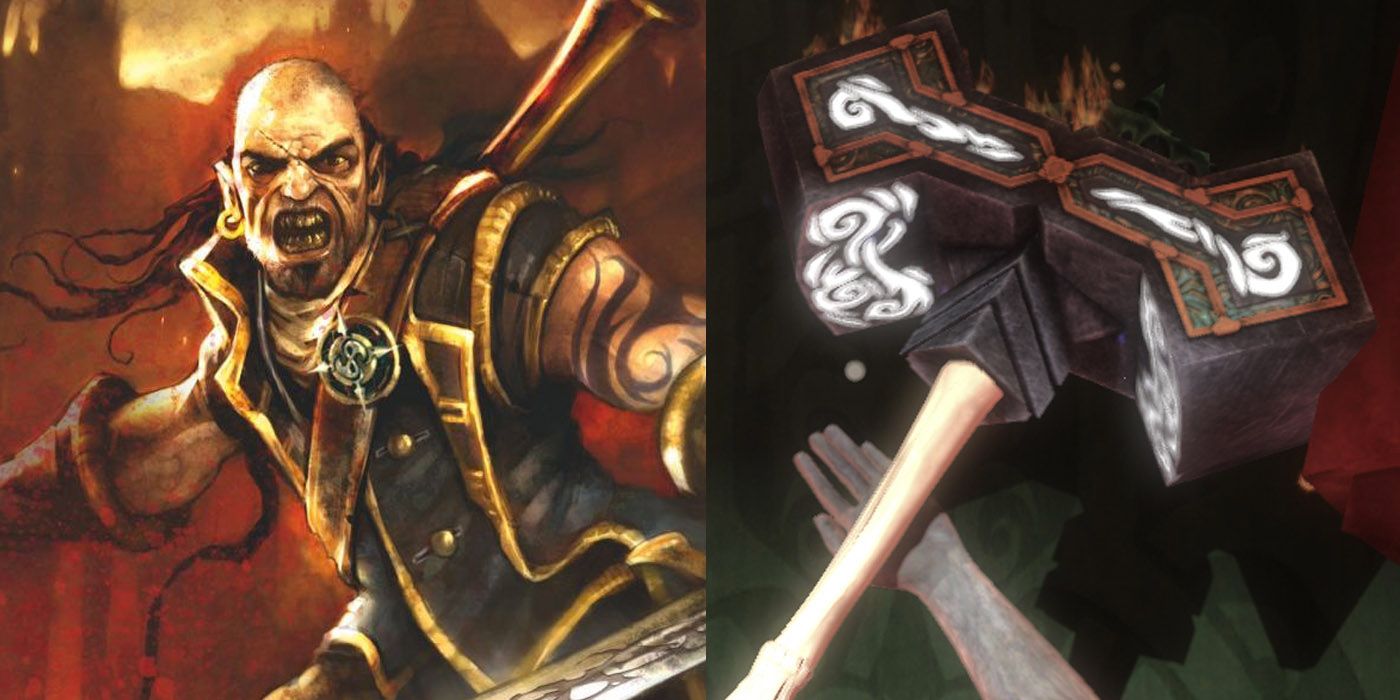 Saim Cheeda is an entertainment writer covering all of Film, TV, Gaming and Books. He’s been a writer for The Gamer, Screen Rant and CBR since 2017, contributing 100+ articles for a variety of topics. Saim also covers entertainment articles for Fansided.

Cyberpunk 2077 Save Files Larger Than 8 MB Could Become Corrupted

League Of Legends: Wild Rift – Differences Between The Mobile Game And PC Version