The dedicated Nintendo fans who have saved up Platinum Points finally have something to spend them on. MyNintendo added a few physical items for fans of Animal Crossing – yes, as in actual real life swag you can hold. The catch is that these items are only available until the end of October. Also, they seem to move fast, so you’ll have to grab them quick before they’re gone for good.

Nintendo faithful who go back to the Wii days might remember Club Nintendo. Getting in was free, and members who sent in codes inserted in the cases of their Nintendo games would accrue points. These points could then be spent in an online store. Physical rewards ranged from keychains to playing cards to posters. These items were often rare and couldn’t be bought in stores. The posters were a highlight – the final set had exclusive art depicting the reveals of new Smash fighters from the Wii U game.

Unfortunately, Nintendo ended Club Nintendo and its physical rewards for North American fans back before the Switch released. Fans can still get points from their Switch games under the new system: MyNintendo. However, the rewards have been lacking. The best offers are usually a 30% discount on select Wii U and 3DS games. The worst are wallpapers for phones and computer screens. That is, until recently. A look at MyNintendo reveals a set of Animal Crossing-themed physical items up for grabs. 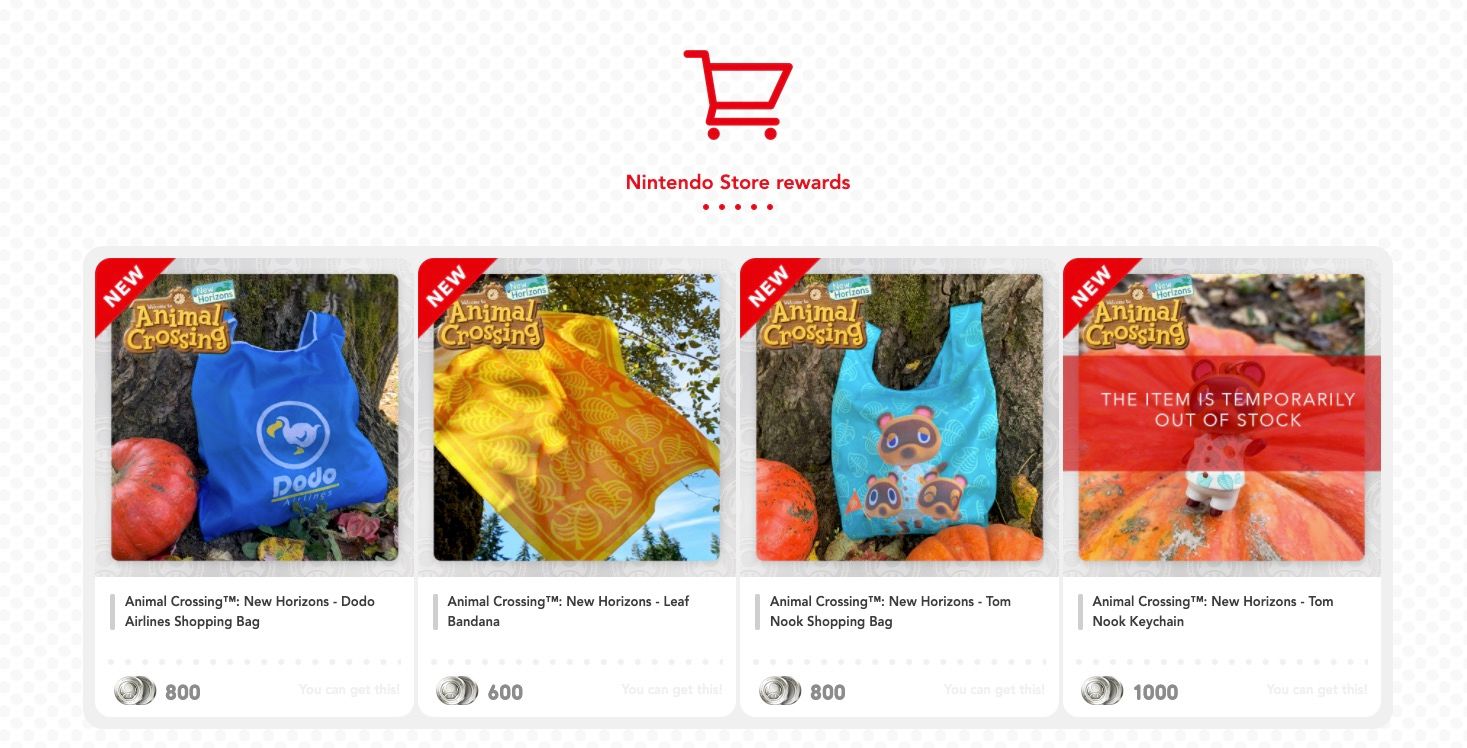 The reusable shopping bags are sure to be a hit, as they offer a nice mix of utility and aesthetic appeal. Clearly the Tom Nook keychain was a great choice, as the item is already out of stock. Nintendo warns that these items are limited in stock and that redemptions expire on October 30, so it seems these are a seasonal deal. Hopefully their success inspires Nintendo to cook something else up for the holidays as well, and for major releases beyond that.

As chaotic as 2020 has been, Nintendo is doing just fine. It’s dominating sales thanks to the continued success of Animal Crossing: New Horizons and the recent release of Super Mario 3D All-Stars. The surprise release of Hyrule Warriors: Age of Calamity has Zelda fans willing to wait a little longer until Breath of the Wild 2 comes out. And Pokemon Snap’s return might just be what the franchise needs after Sword & Shield divided the fandom. If MyNintendo has brought physical rewards back for good, 2020 might be a banner year for the big N.

How Often Should You Purchase New Underwear – 2020 Guide