You’re nearly at the Shores of Gold now, with only one last gem needed to complete the Shroudbreaker and finally make it to the legendary island in Sea of Thieves. But Graymarrow has that final stone, and you’ve spent a previous Tall Tale learning about how deadly and unpleasant here is. The Revenge of the Morningstar sees you taking on the role of the last Morningstar crewman, hunting down Graymarrow and getting revenge.

Like with the other Tall Tales you will have had to complete the previous Tales in this Arc before you can start The Revenge of the Morningstar. And as this Tall Tale will have you sailing from the Wilds to the Shores of Plenty and back again it is highly recommended that you take a friend or two with you, to help survive any random attack that isn’t even one of Graymarrow’s minions.

How To Begin The Revenge Of The Morningstar Tall Tale 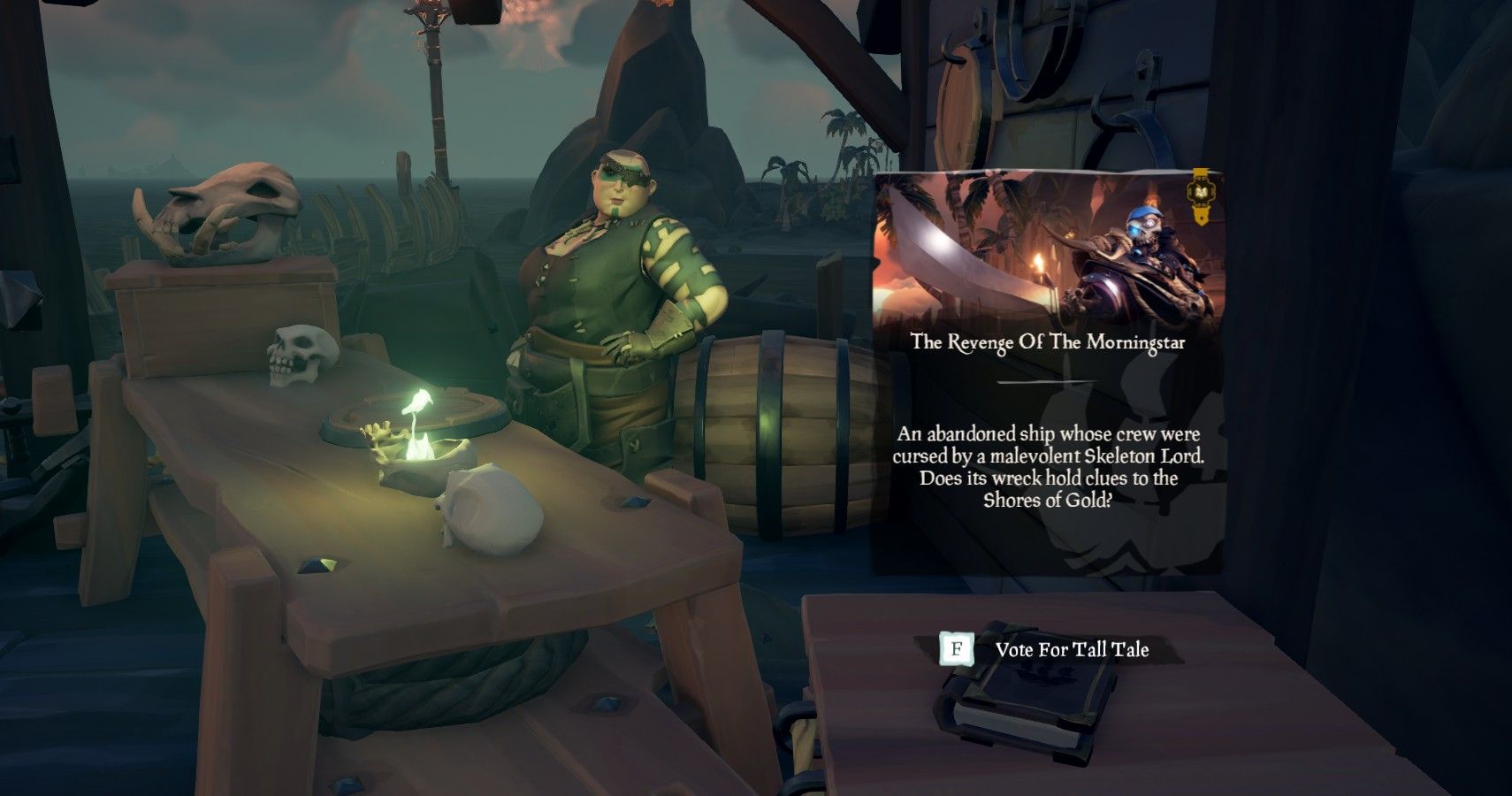 To begin The Revenger of the Morningstar you’ll need to find the Sandra at Daggertooth Outpost. She is the shipwright, so you can find her on the pier with the Merchant Alliance representative. Resting next to her on the workbench is the Tall Tale book that you will have to have over half your crew vote on to begin the adventure.

Once you’ve done that, Sandra will start to tell you about her journey and her former life as a member of the Morningstar. 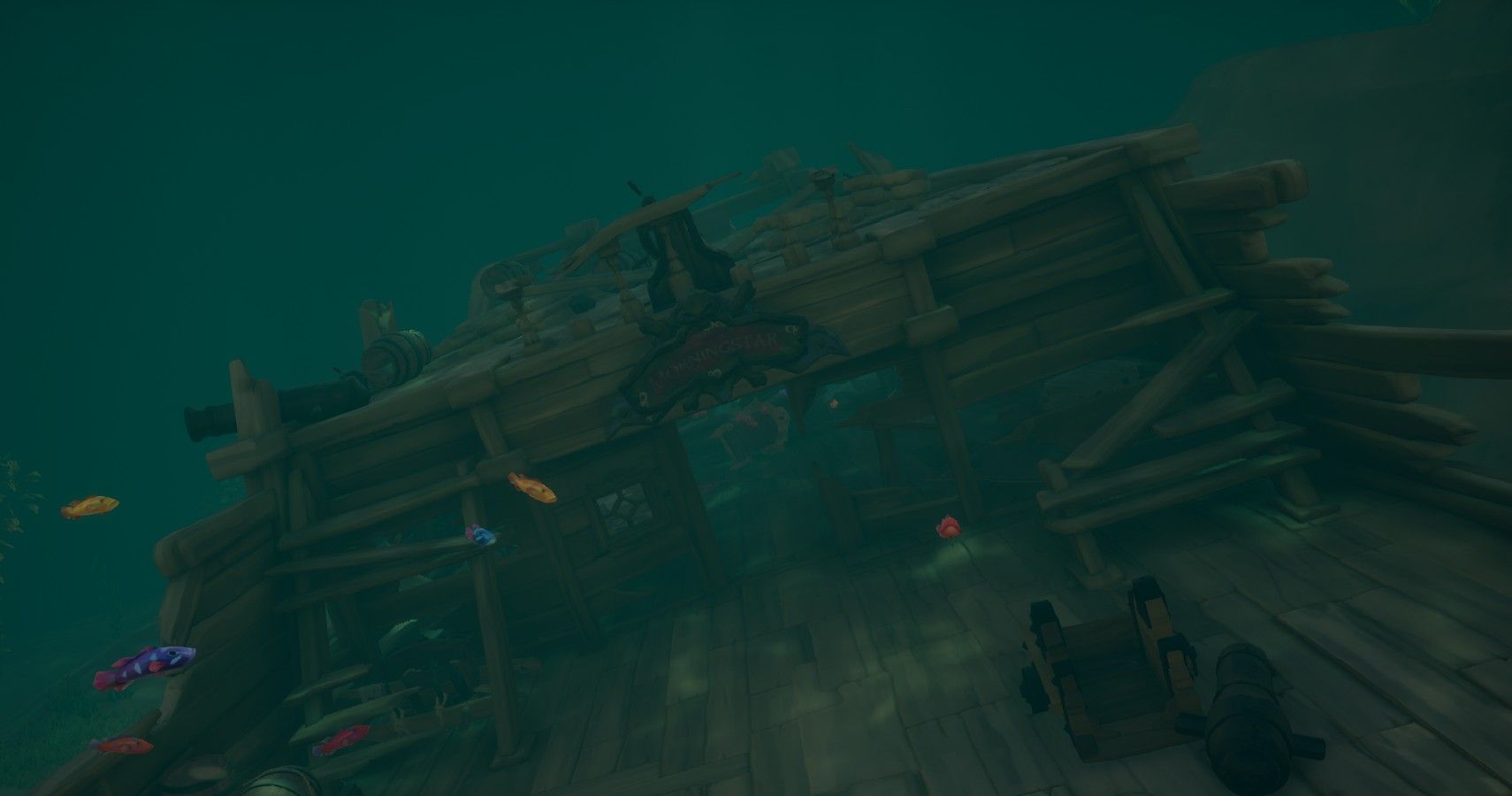 The first thing you’ll need to do on your voyage is find the wreck of the Morningstar. You will be given a journal by Sandra that you can access from the quest item inventory, and will tell you where to go.

Boulder Cay is your destination, and once you’ve arrived at this spit of an isle, look for the debris that leads into the water. Follow it beyond the waves and you’ll find the ship. Inside are three shiplogs to retrieve that will lead you to the next part of the adventure, the Chest of the Morningstar. Their position changes but none are hidden behind puzzles so it’s just a matter of searching the wreckage thoroughly. 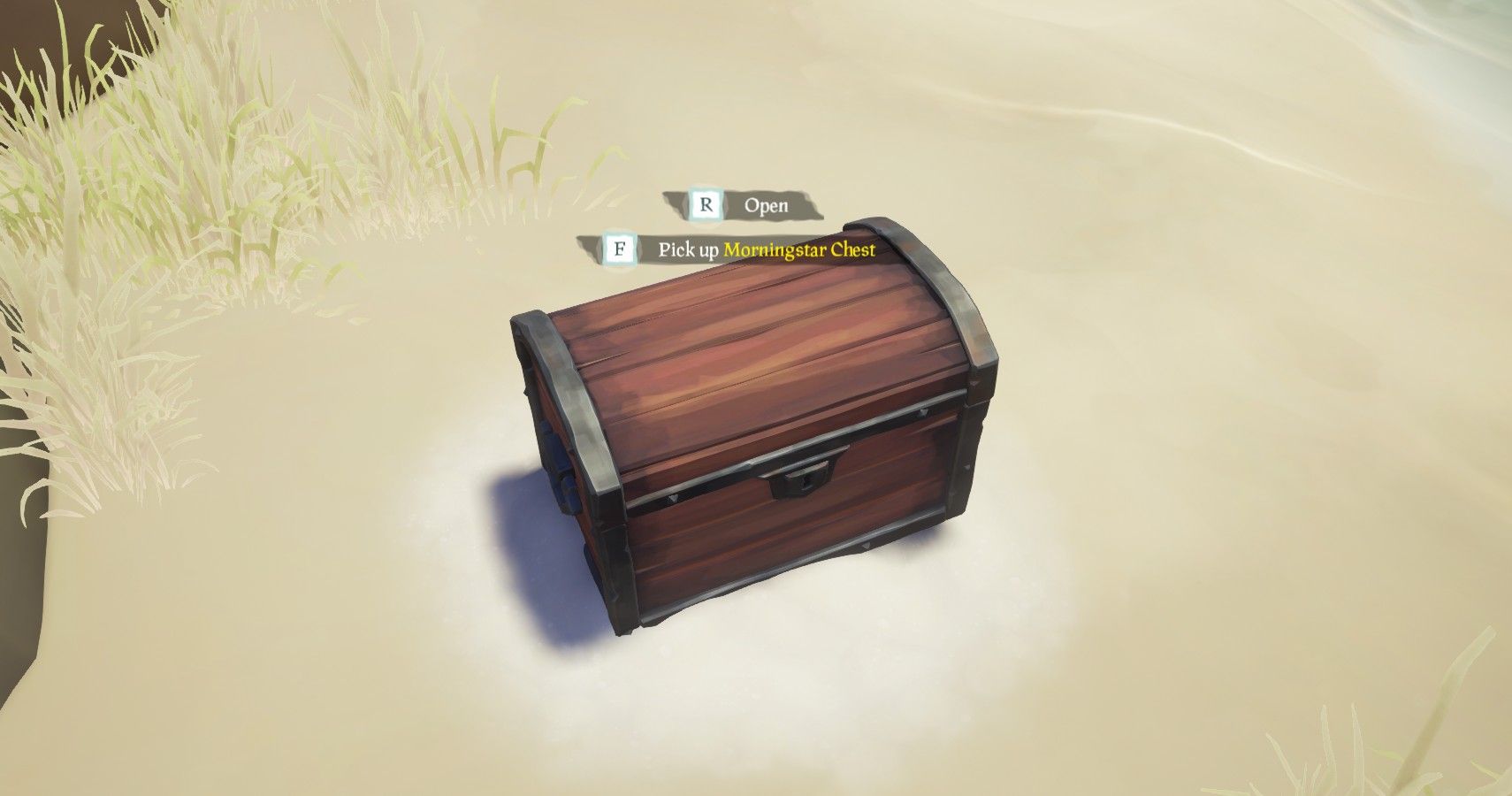 With all the shiplogs found you should be given all the hints you need to find the Chest of the Morningstar, and luckily it’s also on Boulder Cay. Head back to the sandbank and look for a space between a rock and a palm tree near the debris you followed earlier. Dig at that spot and the Chest should be unearthed.

Inside you will find more pages for the quest book and more importantly, the uniform of the Morningstar crew. Pick it all up and take the chest on board your ship, it’s time to get more information. 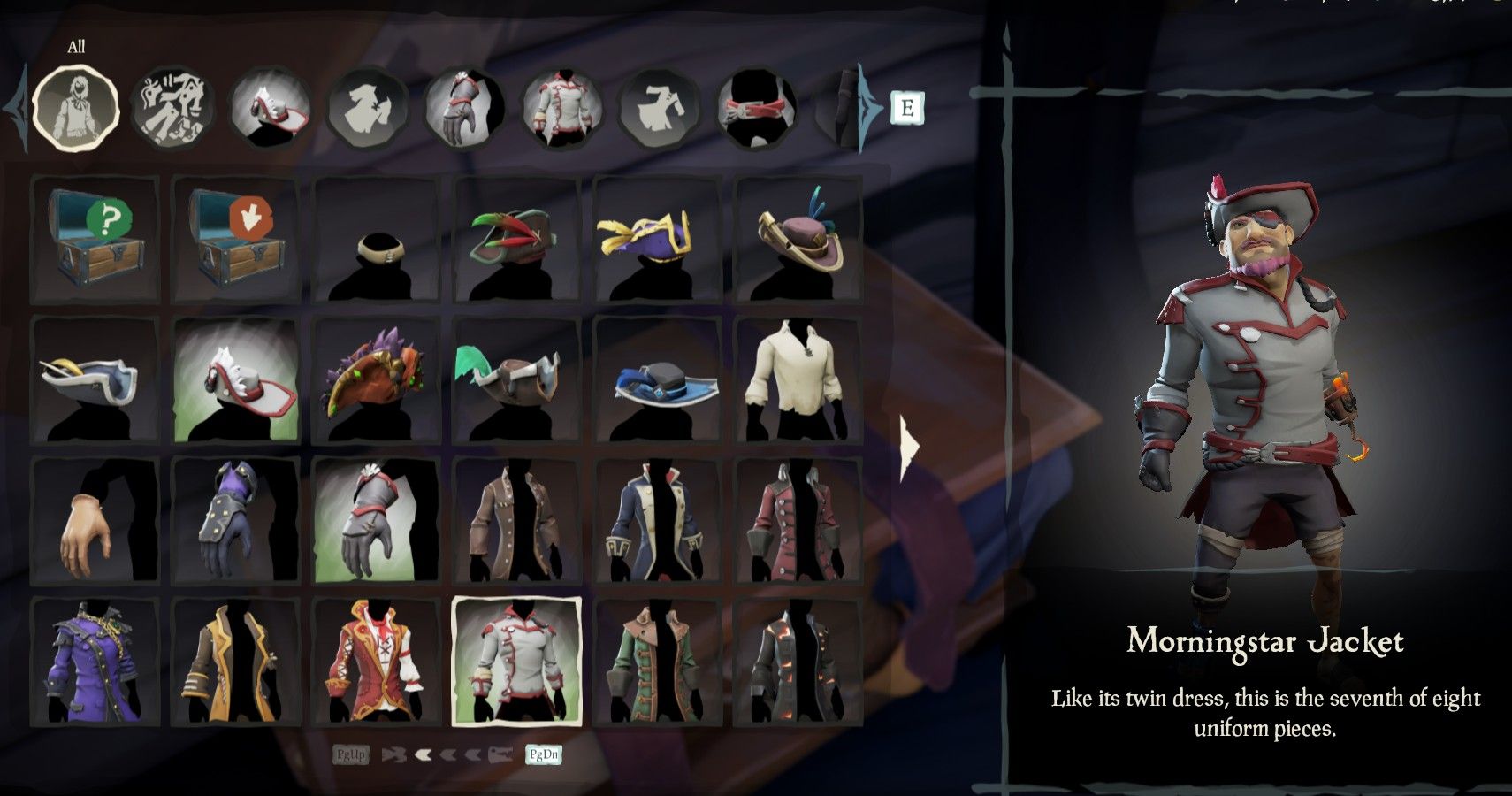 Your next destination is Sanctuary Outpost, not far from Boulder Cay, but before you arrive there you’ll need to don your disguise. For the rest of the Tale Tale you’ll have to be dressed as the Morning Star crew so head below deck to your clothing and vanity chests and equip it. You don’t have to put it all on, but the only options whether to where the jacket, or the dress.

The game will helpfully shade the background of the Morningstar apparel a greyish colour so you can spot it easily in the menus but there are three you’ll need to find in the clothing chest: the gloves, hat, and the dress/jacket.

In the vanity chest, you can find the facial hair, but it’s not necessary to wear that as part of your disguise. 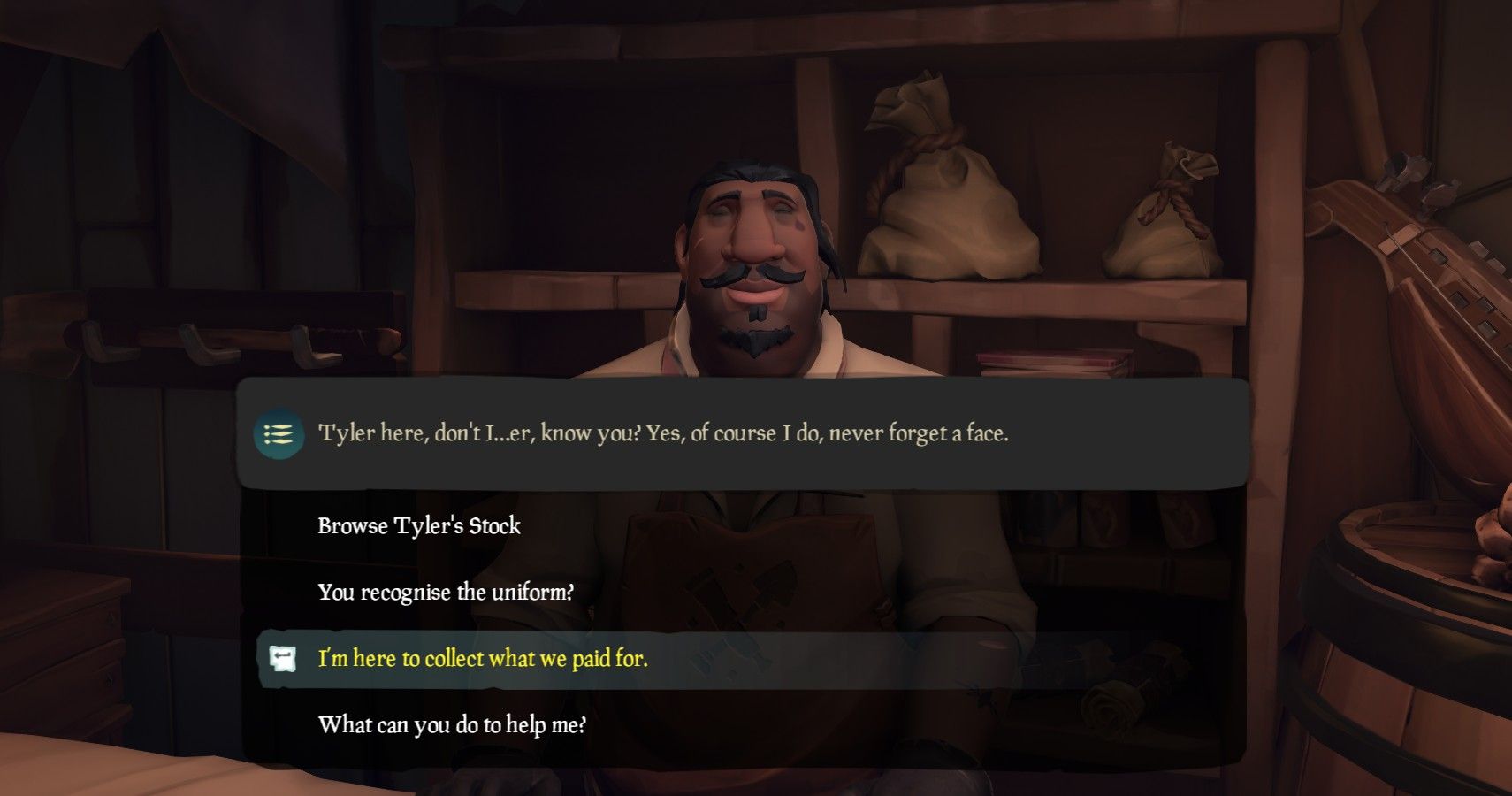 Once you look like one of the Morningstar crew you’re free to go and gather the information you need from Sanctuary Outpost. There are two NPCs you’ll need to speak to here, Tracy the Tavern Keeper, and Tyler who runs the Trinket Shop.

Speak to these NPCs and you’ll immediately see that there are new dialogue options when you’re chatting to them. Say everything you can to each of them and you’ll be directed to two islands. Tracy tells you that she heard Graymarrow’s men are guarding something at Cannon Cove, Tyler will get a bit confused and send you to the non-existent Sinking Grove. He might have got the name slightly wrong but you will indeed find more of Graymarrow’s crew at Sunken Grove. 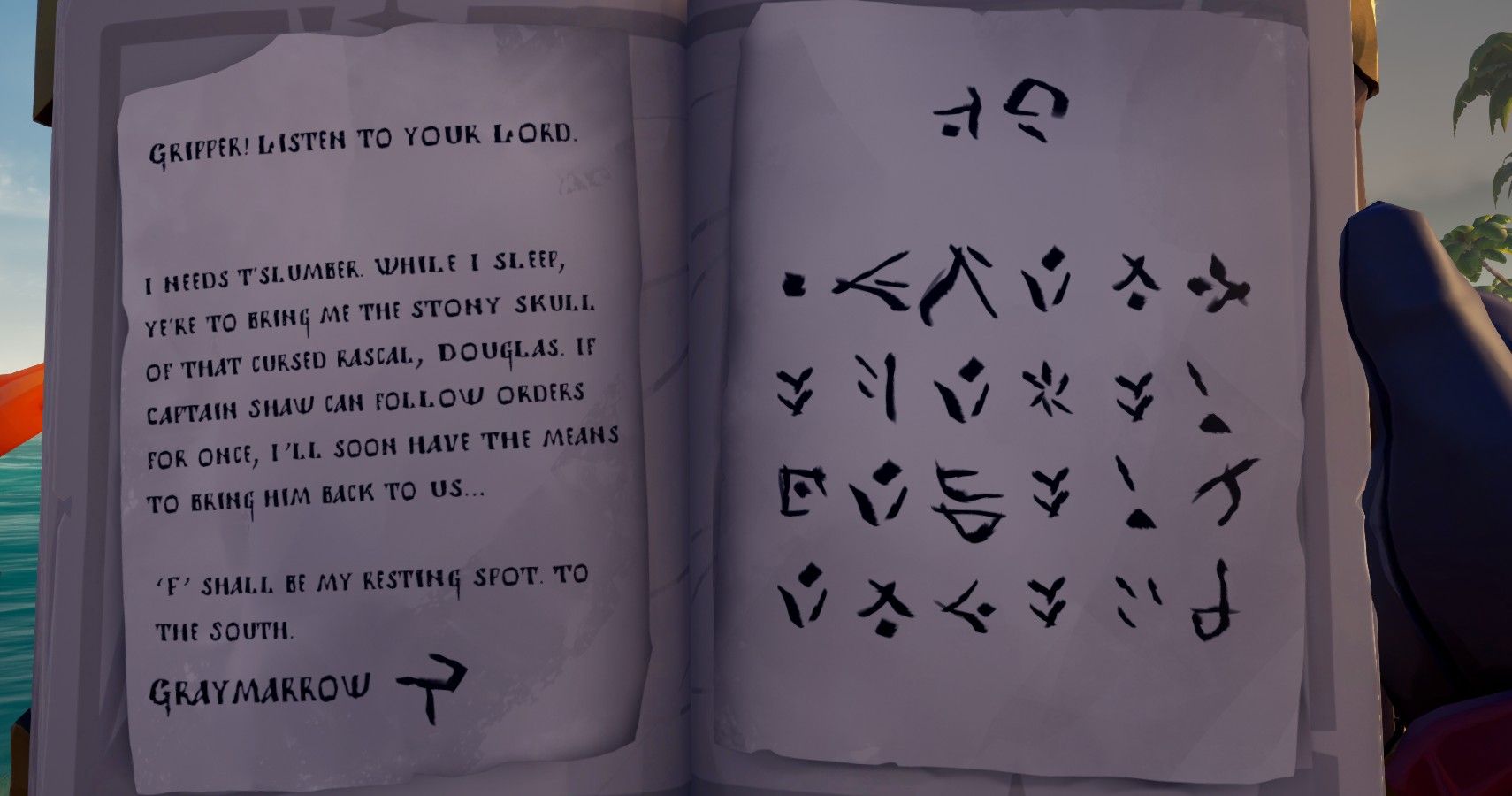 When you first arrive at Cannon Cove, you should treat it like a Bounty Voyage from the Order of Souls. The location of the crew differs so search the island until you come across some skeletons speaking. These are Graymarrow’s crew and you’ll have to put them all down.

Once you’ve done that you’ll find a letter from Graymarrow, hidden in his cryptic code, that leads you to the location of the Crystal Skull. You’ll have to decipher it to discover the treasure, but the fragmented way of writing can make it quite tricky. If you’re trying to put it together yourself its often easier to note down the coded letter or take a photo so you can refer back to it without having to scroll through all the pages all the time, and make sure to spot the difference between ‘south’ and ‘face’ because they are very similar.

If you are struggling to put it together though we have a helpful guide that can be used to find the Crystal Skull. 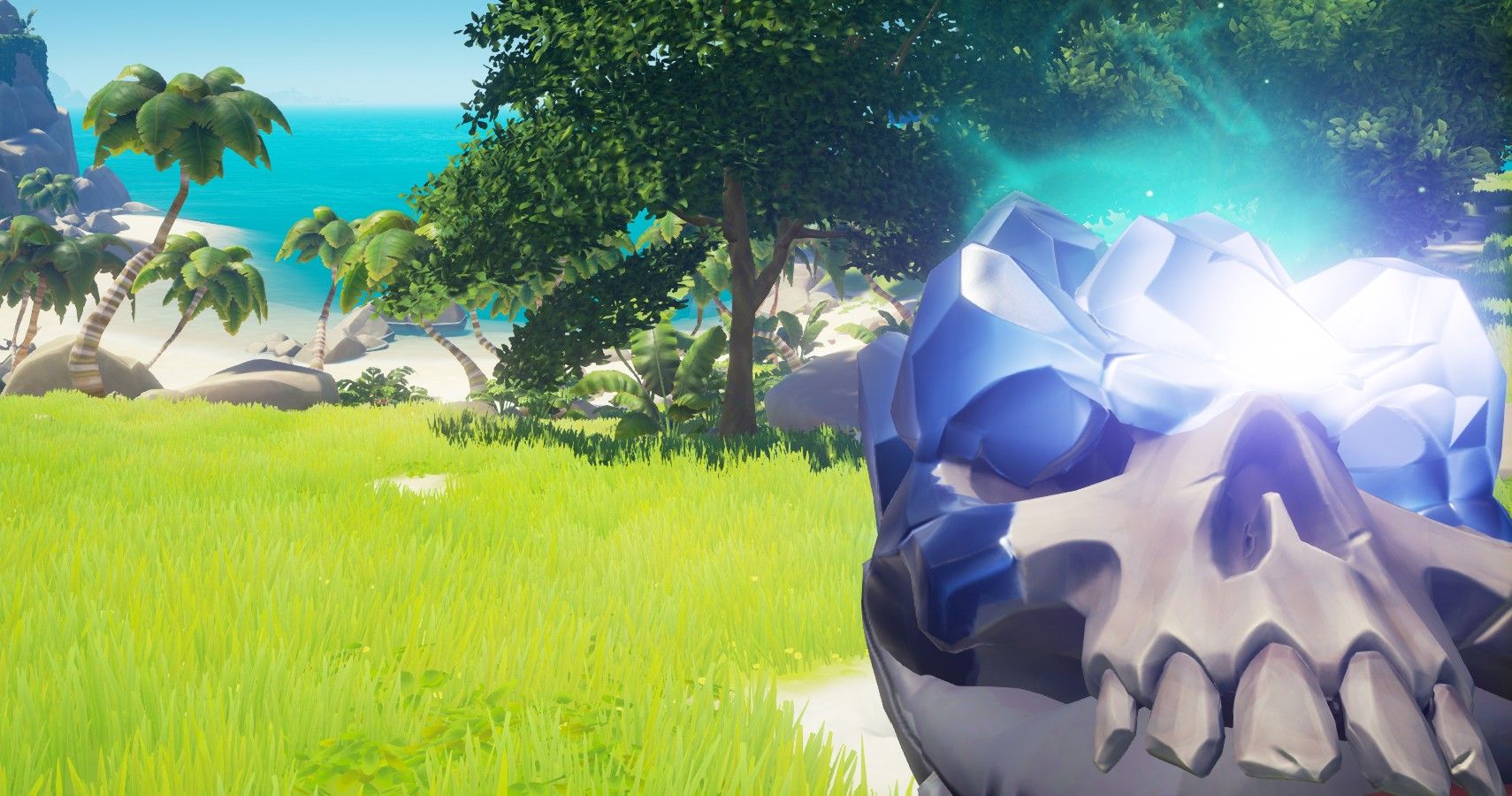 There are six possible riddles we’ve come across, and we’ve translated each one. Remember to use your compass to count your paces whenever instructed to and your shovel to dig up the ground exactly where you end up. If you’re struggling because the letter wants you to face the setting or rising sun, just remember to face west or east respectively to be pointed in the right direction, you don’t need to wait for the right time to follow the clue.

Its also worth noting that the line breaks in the letter don’t mean the end of that phrase, so read the whole thing and work out the breaks yourself. The first two words on the top of the page will always be “Captain Skull”, so we’ve disregarded them to make it easier.

Once you’ve followed the instructions you should have found the Crystal Skull. Take it on board and set sail for Sunken Grove to find the next set of Graymarrow’s skeletons. 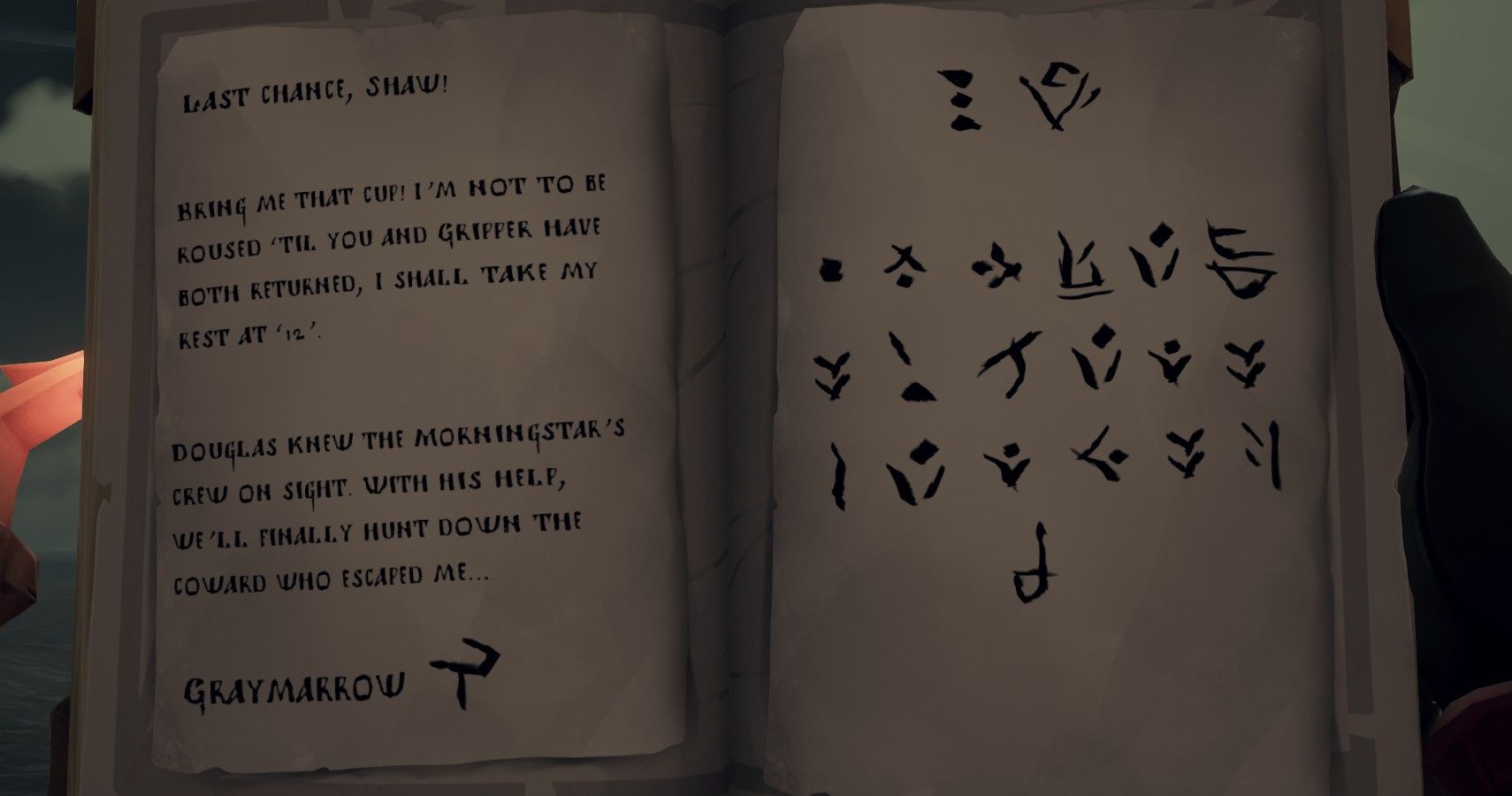 You’ll have to the same again at Sunken Grove, so when you first arrive onshore look for the band of skeletons chatting away and dispatch them. Their leader will drop another letter that will be added to the journal in your quest item inventory, and you’ll have to piece it together to find the hidden Chalice of Resurrection. 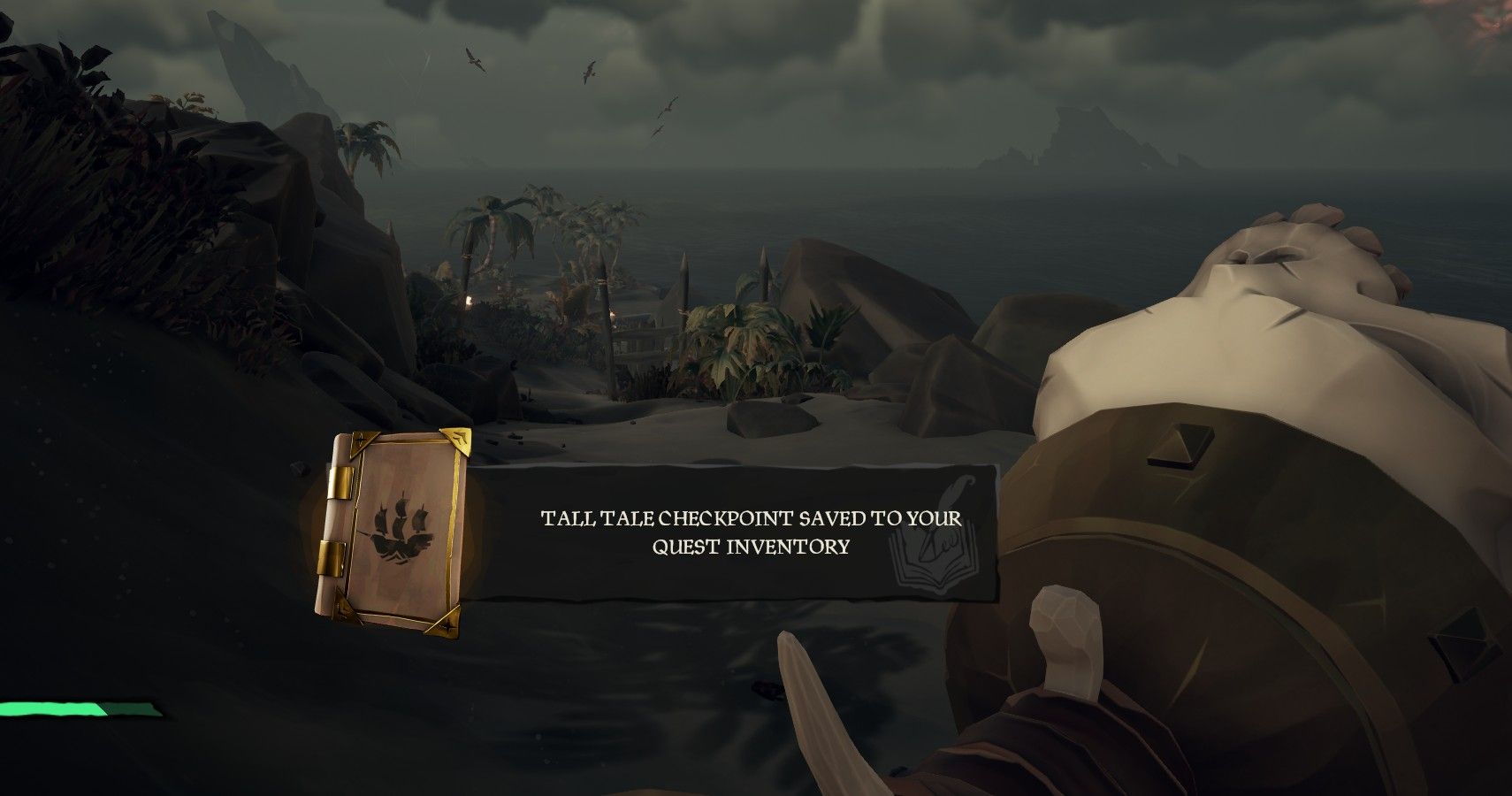 Like before we’ve decoded all the possible letters for you so all you’ll have to do is follow the instructions and dig to find the Chalice of Resurrection. As another hint to help, if the instructions say ‘when’ change it in your head to say ‘until’. Like the one on Cannon Cove, each letter starts with ‘Chalice Resurrection’ at the top so we have removed them from the translation.

With both the Ressurection Chalice and the Crystal Skull you are now ready to summon and face off against Graymarrow. 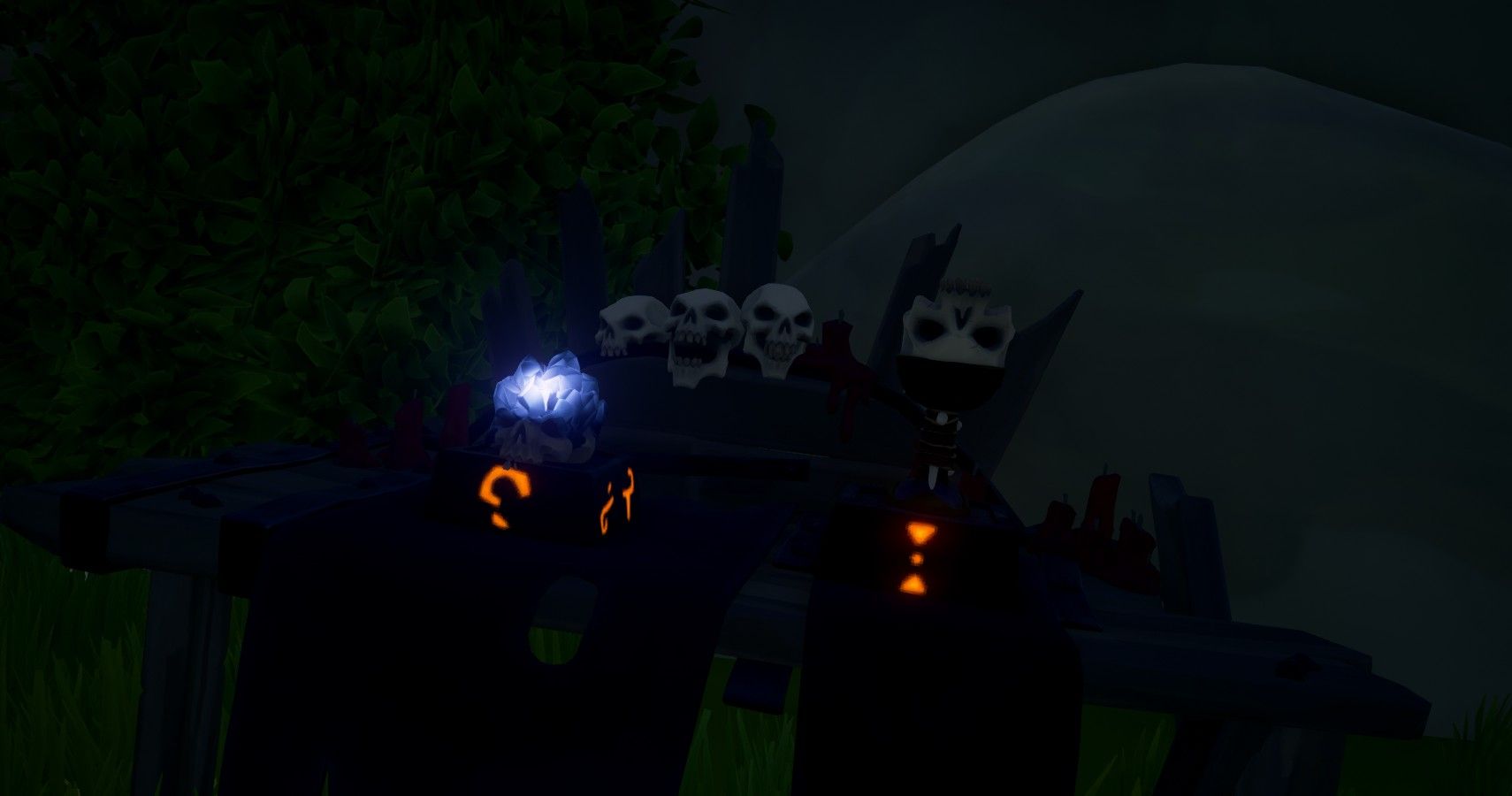 But before you fight the Skeleton Lord, you’ll have to find him first. Each letter you’ve decoded has come with some normal text on the left hand page, and the eagle eyed might have noticed that one denotes a letter, and the other a number.

Put them together and you’ll have map coordinates that should point to an island somewhere on the Sea of Thieves. Use your map table to find the location and set sail.

Once you’ve made it to the island you’ll need to take the Crystal Skull and Resurrection Chalice onshore, luckily you grabbed the Chest of the Morningstar when you unearthed it on Boulder Cay. From here you’ll have to do a bit of searching to find the altar where ritual has to be performed. Look for a table full of skulls with a black cloth laid over. There should be a place to put down both items you’ve got so do so and you’ll hear Graymarrow roused from his slumber. 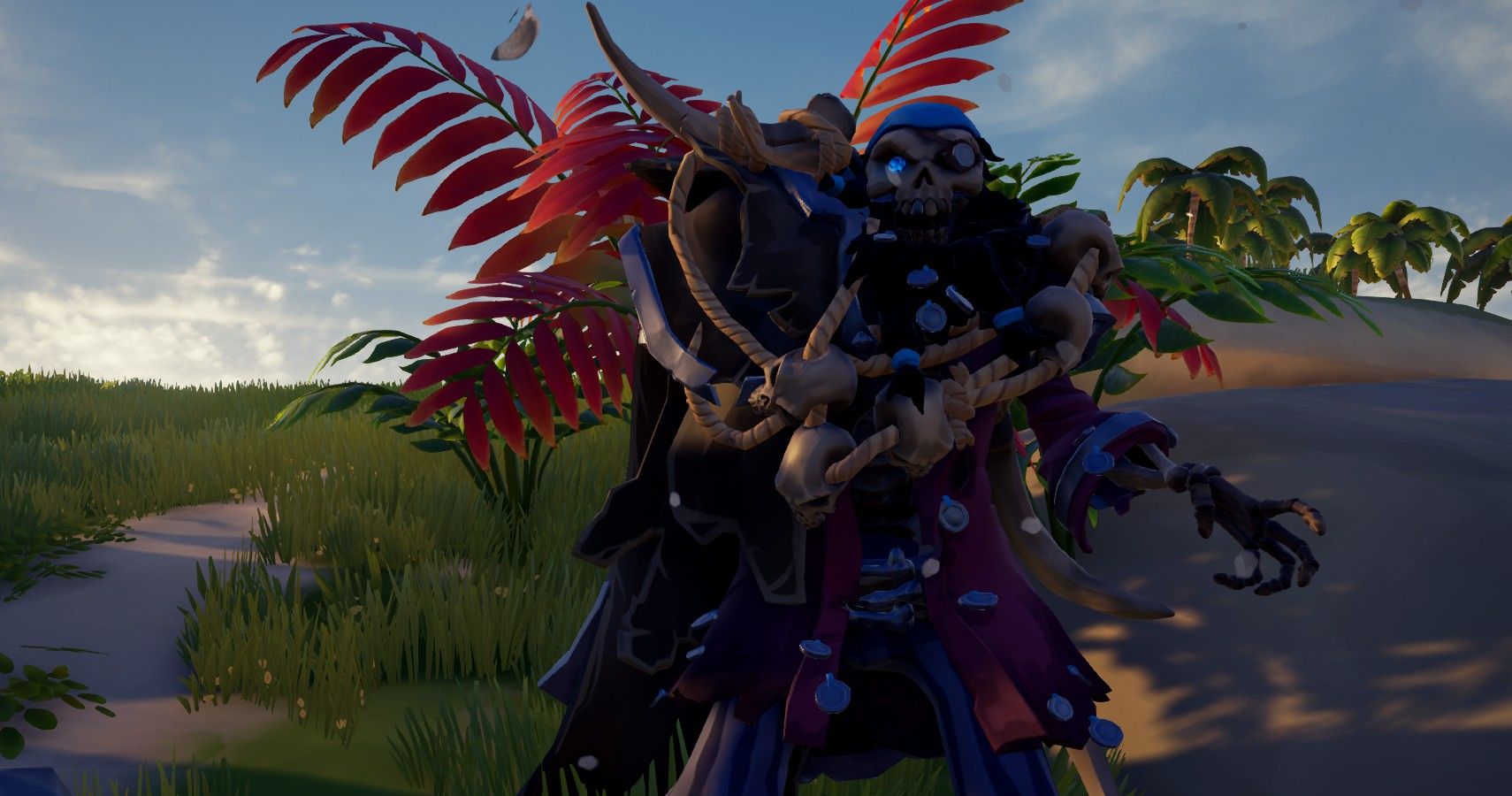 Once awake, its you’re job to put him to sleep permanently, but Skeleton Lords are no easy fight. Make sure you’re packing plenty of ammo, health, and fruit to survive the encounter.

Graymarrow has a few tricks up his sleeve including teleporting and summoning enemies. The ones to look out for though are his massive area of effect attack that triggers when he pulls two chests from the ground, and his gun. The area of effect will send you flying away from him and deal massive damage so make sure you’re running away from you see the attack start. His gunshot has an obvious tell too, he starts pointing a gun at you, but deals incredible damage so you’ll probably want to get behind a rock or something to try and avoid the hit.

Keep wailing on him and tag out with your crewmates when you need to heal and soon enough he’ll be defeated. When he dies, he’ll leave behind the last gem of the Shroudbreaker. Return it to Sandra to complete the Tall Tale and unlock the final one in this Arc, the Shores of Gold.

Next: All Threats You Can Avoid With The Spyglass In Sea Of Thieves 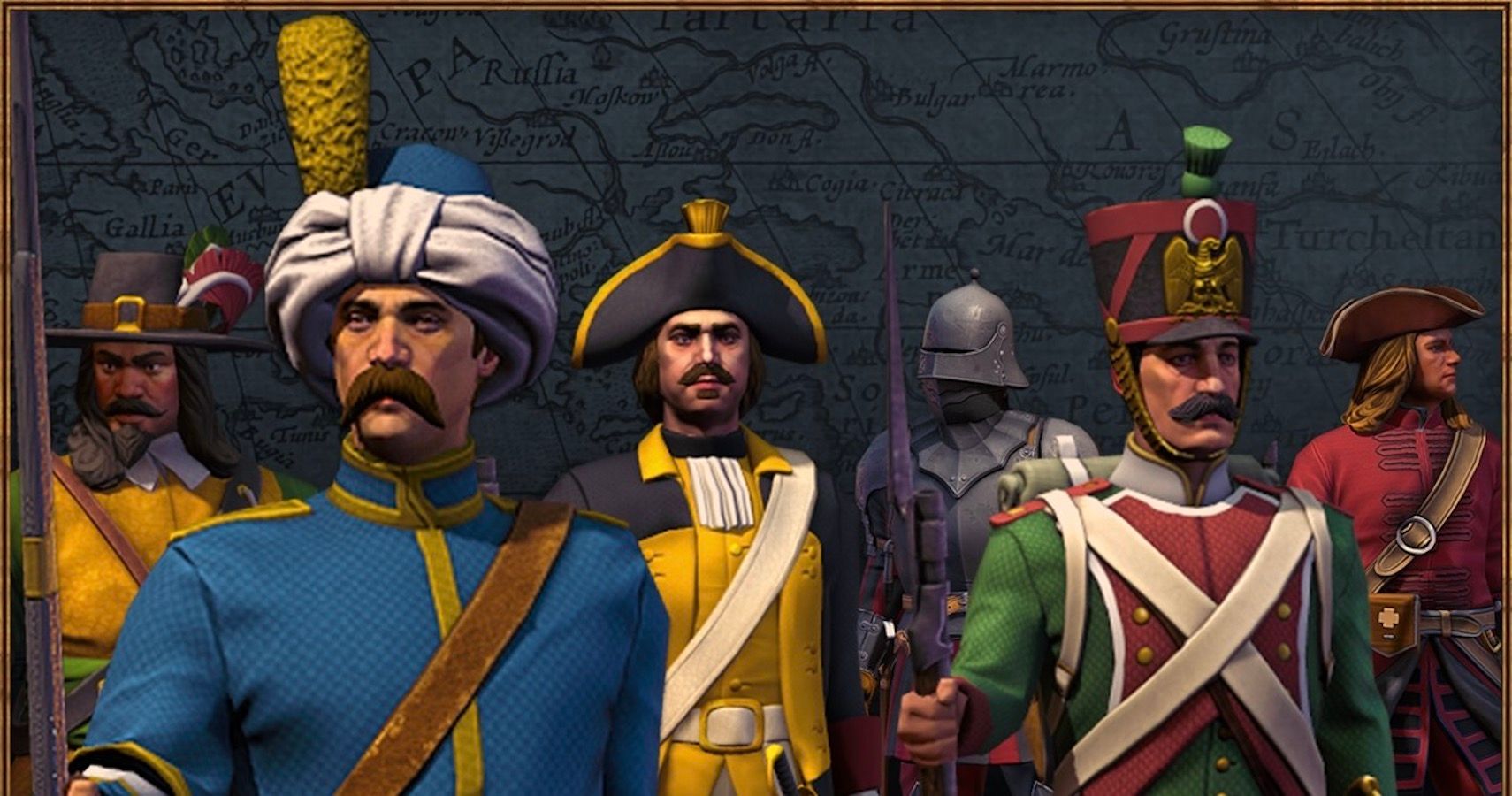 Sweet Anita fears for her life because of an obsessed stalker

Where To Buy A Nintendo Switch And Switch Lite