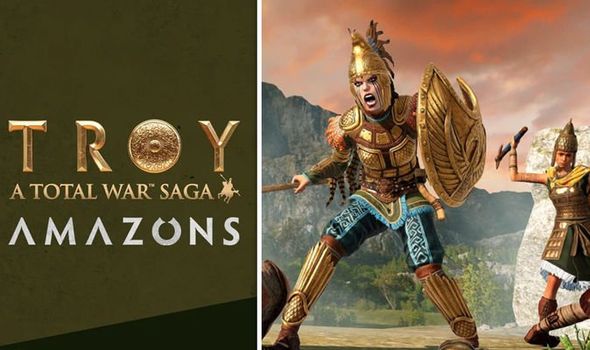 The Amazons expansion has a September 24 release date and a 3pm BST launch time for fans living in the UK.

An Epic Store exclusive until next summer, the Total War Saga: TROY DLC is free for a limited time only, so you’d better download now before it’s too late.

The Amazons expansion is free until October 8, after which it will be available to purchase for £7.99.

“Amazons will be free to claim if you have a Total War Access account,” SEGA explains. “It can also be purchased from the Epic Games Store.

“Please note that in order to claim and play the Amazons DLC, you’ll need to have TROY currently installed on your PC.”

Players control either Hippolyta, queen of the Amazons, or her warrior-queen sister Penthesilea.

“Fifteen years before Paris takes beautiful Helen of Sparta and sparks the Trojan war, a group of Athenian raiders lands near Themiscyra, bent on pillage and plunder,” reads the official description.

“The defenders, fearless Amazons, manage to repel them but their queen Antiope, sister of Penthesilea and Hippolyta, falls as her glorious city burns around her.

“Daughters of Ares, warriors at heart, death lives at the tip of their arrows! For there, on the battlefield, they exult…”

As part of the new DLC, players can boost their units using new initiation rites, and capture Amazon Treasures as part of the War Spoils mechanic.