Rhythm games have always been an important part of my life. From grinding away on DDR for hours at my local arcade, to late nights playing DJMAX on my PSP until daybreak, my entire youth was punctuated by obsessions with different rhythm games.

And for a time, I wasn’t alone in that. Growing up in the aughts meant growing up during the big rhythm game boom. Home versions of DDR came out yearly and sold well, Guitar Hero had billboards in Times Square, and Audiosurf was an early Steam-exclusive success. That’s to say nothing of countless smaller, but still notable successes like the Project Diva games and Elite Beat Agents.

But rhythm gaming as I knew it growing up has changed. There’s not as much mainstream interest in traditional incarnations of the genre, and the scene is primarily kept alive by a passionate, active audience of hardcore enthusiasts. That initial popularity has waned, and casual audiences are more interested in stuff like Just Dance than hitting colorful notes in the right order.

However, the advent of VR could turn rhythm gaming’s mainstream fortunes around. Because, from where I stand (feet firmly on an old dance pad,) the tech has already helped the genre reach exciting new heights. That can be largely attributed to one particularly stellar game: Beat Saber.

Beat Saber stands next to titles like Superhot VR as a renowned “must-have” for any new VR owner. The game’s won several awards, been covered on late night talk shows, and crossed over with countless popular artists. It’s the sort of title that sells headsets – a unique and revolutionary experience that you can only do in VR. 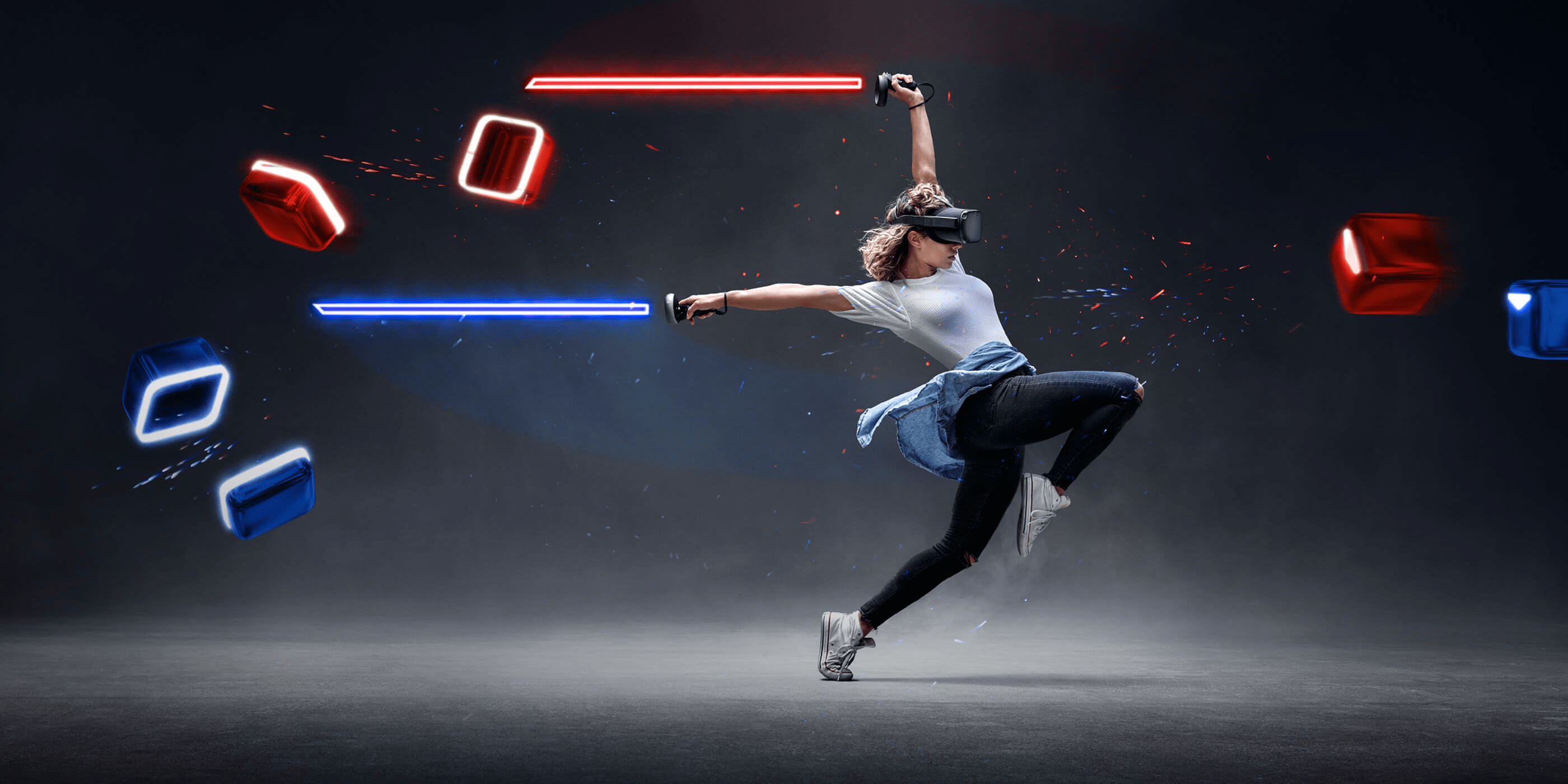 But when I first tried Beat Saber, last year, I wasn’t struck by how new or novel it was. Instead, what took me was how decidedly old-school it felt in terms of gameplay. It’s very much in line with the same rhythm games I grew up loving, combining the mechanics of Audiosurf with the physicality of DDR. It’s not about replicating real-world dance moves – it’s about hitting notes in the right order and getting a good score. Beneath the extremely cool feeling of diving under obstacles and slicing notes with lightsabers, it’s a very meat-and-potatoes rhythm gaming experience.

That’s just it, though: that’s all it needs to be. The elegance of Beat Saber lies in the developer’s trust of the core experience and mechanics, which are never weighed down by any gimmicky faff. In a way, it’s using the glitzy medium of VR to deliver the same kind of experience that’s been there for years. Players want to play around in a cool virtual space, and playing through flashy light shows to their favorite music is an enticing proposition.

On the other side of the coin, longtime genre enthusiasts have a new way to engage with their favorite kind of games. Sure, I’ve hit notes to a beat before, but never like this – in a completely virtual world, with my entire body whisked away to another place. As a genre veteran, discovering an entirely new way to play has been nothing short of a pure joy.

And I’m not alone. After Beat Saber’s initial success, more and more developers have rushed to mine rhythm gaming gold. Now, on the Quest 2’s launch day, four of the six launch titles are entirely rhythm-based. Beat Saber’s getting a fun multiplayer expansion, Hatsune Miku VR has a shiny new port, Space Channel 5 is bringing its zany dancing to the platform, and Vtuber Kizuna Ai is getting a lightstick-pumping music game of her very own.

The idea of a launch line-up primarily composed of rhythm games would’ve boggled my mind a few years back. As far as I was concerned, the heyday of the genre was dead, and it wouldn’t ever come grooving back to life. But the increasing popularity of VR has given me a little bit of hope. More people are taking interest in VR because of stuff like Beat Saber, and the more people get into it, the more people will be looking for similar experiences.

That’s why VR is so important to the growth of rhythm games. This is an entirely new way to discover the genre, and now, more casual audiences are getting back into their groove. The advent of VR has brought about a sort of rhythm renaissance, and I’m excited to see where it grows from here. 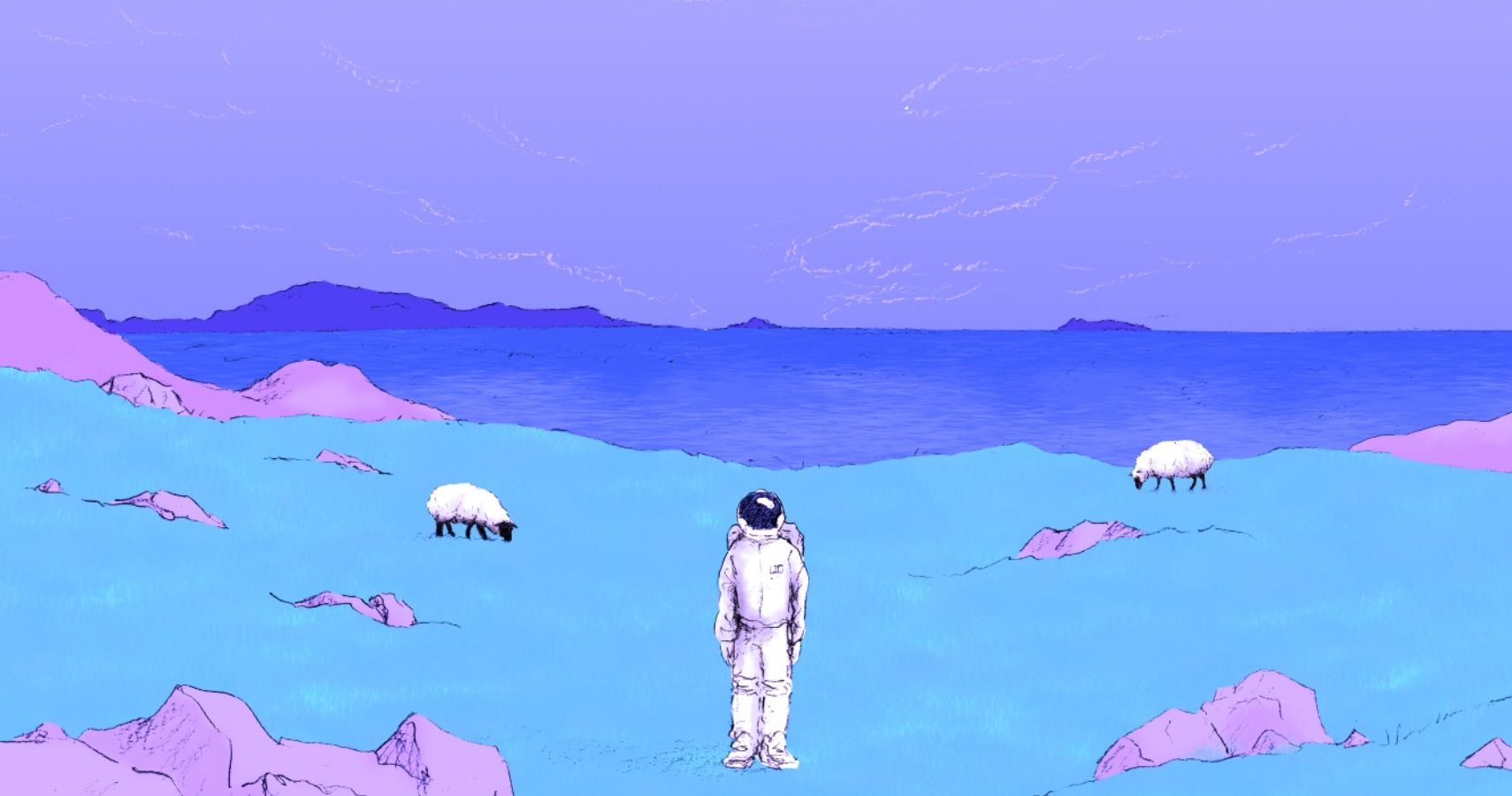