Completing loyalty missions for your squadmates in Mass Effect 2 is highly important, not only will it contribute to the chances of their survival in the Suicide Mission at the end of the game, but it can also affect whether they live or die in Mass Effect 3 too.

Though Zaeed was originally a DLC squadmate, his content is included in the base game as part of the Legendary Edition. Zaeed is also one of the characters who will die in Mass Effect 3 unless you secure his loyalty. Here’s a full guide on his loyalty mission The Price of Revenge.

Unlocking The Price of Revenge 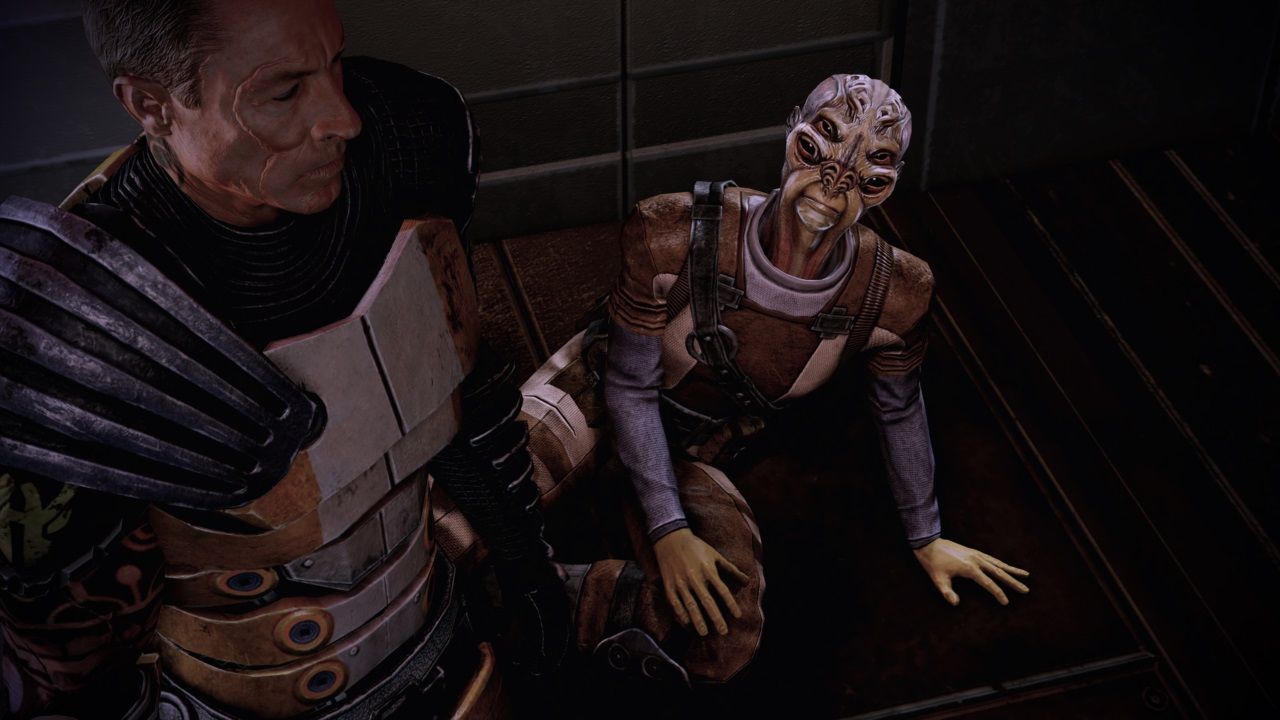 You can find and recruit Zaeed on Omega after being given the Dossier: The Veteran mission from the Illusive Man. There, Zaeed will make a memorable first impression as you find him intimidating a batarian.

Once you speak to him, Zaeed will join the Normandy crew but he will want a little something in return; Zaeed is set to liberate a refinery from the mercenary group known as the Blue Suns, led by a man named Vido, and he wants Shepard’s help. This conversation unlocks the Zaeed: The Price of Revenge mission.

Zaeed: The Price of Revenge Walkthrough

To begin Zaeed’s loyalty mission, you need to travel to the Ismar Frontier, head to the Faia system, and land on the planet Zorya.

Once you land, proceed forwards and you’ll hear over the radio that the Blue Suns are aware of your shuttle landing, as Zaeed has handily tapped into their communications. You’ll come across some Dead Bodies that you can interact with and Zaeed will state that their manner of death is “definitely Vido’s style”. 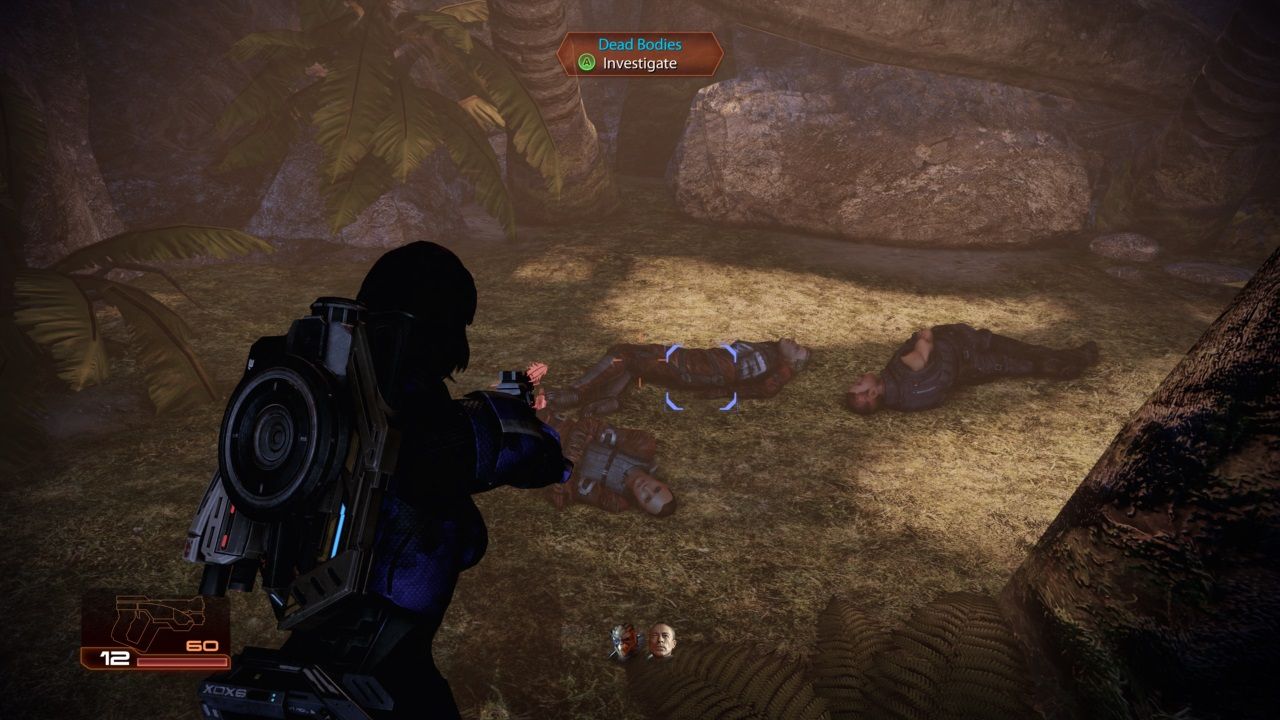 Continue down the linear path and you’ll hear another radio communication from the Blue Suns. Shortly after this, when you turn the corner, you will find yourself being attacked. Make the most of the cover while you take out the enemies. Once you hear the order to fall back, grab the Med Kit and PDA for some Medi-Gel and credits, then head over to the back left of the area and use the Bridge Control.

This will prompt a new conversation with Zaeed where you will learn that Zaeed helped to found the Blue Suns. You can exhaust all your dialog options to learn a little more him. 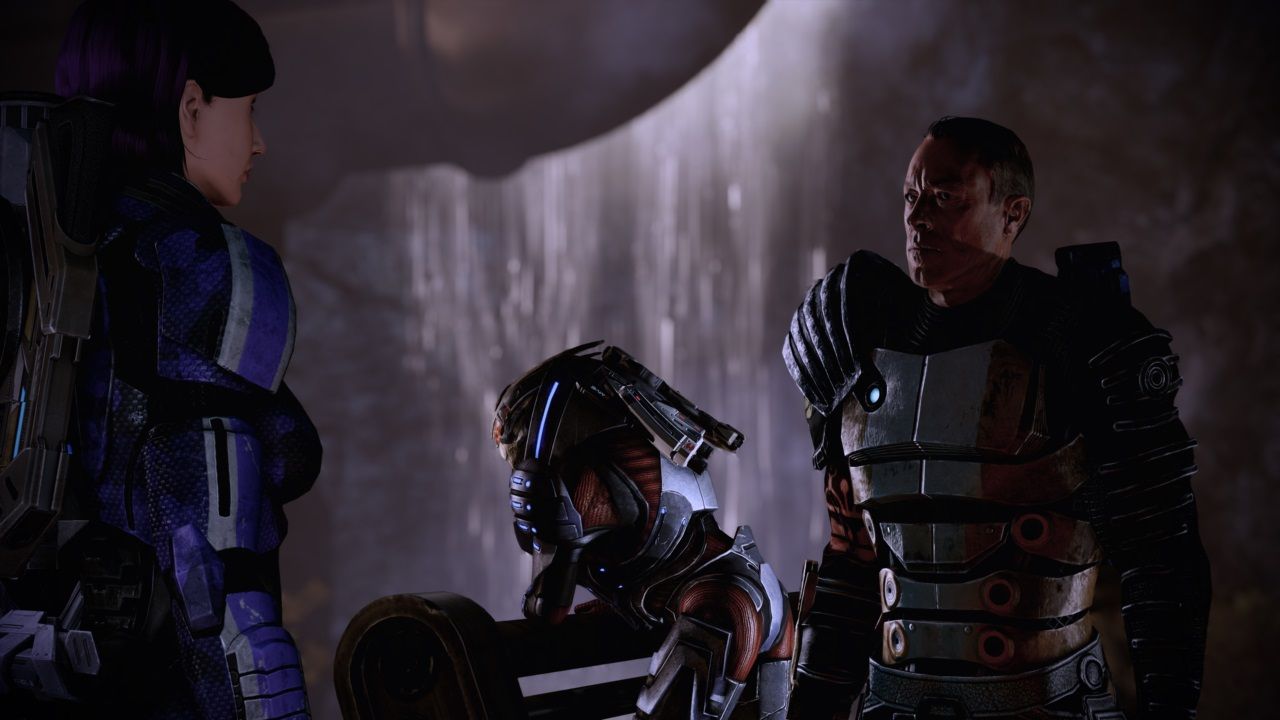 The Blue Suns are alerted to your presence. Head over the bridge and grab the Refined Palladium on your right as you continue down the path. Head inside through the door when you are ready and a cutscene will play of Vido and his men greeting Zaeed, who will shoot out some of the refinery’s pipes to cause explosions in the hopes of killing Vido.

Zaeed will state he did it to make a way through and you can either agree or reprimand him. If you remind him that the mission comes first, you can use a Paragon Interrupt to punch him in the face to remind him not to be put his personal issues before the mission at hand.

Grab the Refined Palladium on your right and then deal with the enemies attacking you. Follow the path around and take a right when possible to grab some more Refined Palladium, then head back and take the left path towards the door.

As you reach the door, you will come to a decision point of whether to save the refinery and its workers or to go after Vido.

Save the Refinery or Chase Vido Consequences 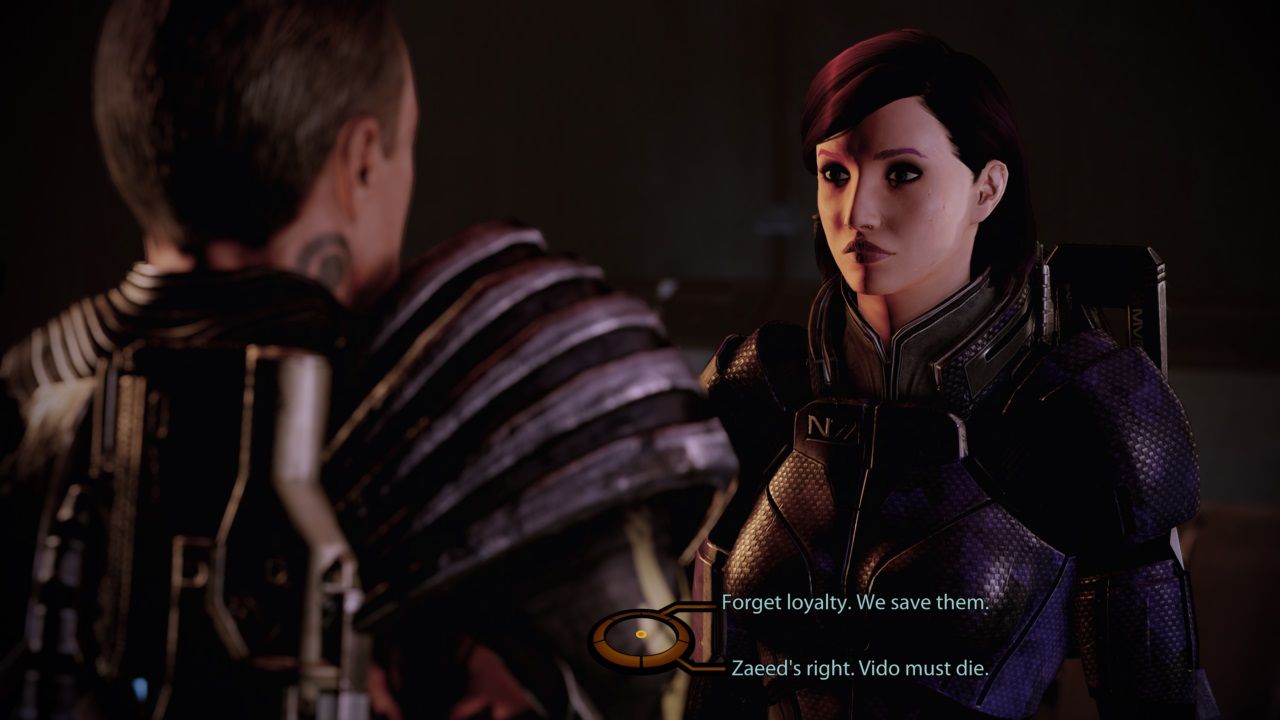 Option 1: Save the Refinery Walkthrough

You’ll automatically jump down and can then head in the direction of the refinery worker who asked for help. Continue down the path and bypass the Door at the end.

Go inside, head up the stairs, and through the door. There are three Fuel Controls that you need to interact with in order to redirect the fuel. (After the second one, on your right you can find a Generator Pipe that you can salvage.)

Once the fire has gone, head upstairs, grab the Refined Palladium to the left of the debris that crashes down, then take the path to the right to circumvent the flames.

Once through the door, access the Research Terminal to get the Heavy Weapon Ammo upgrade, then activate the Fire Extinguisher Systems on your right. Afterward, you can head through the door 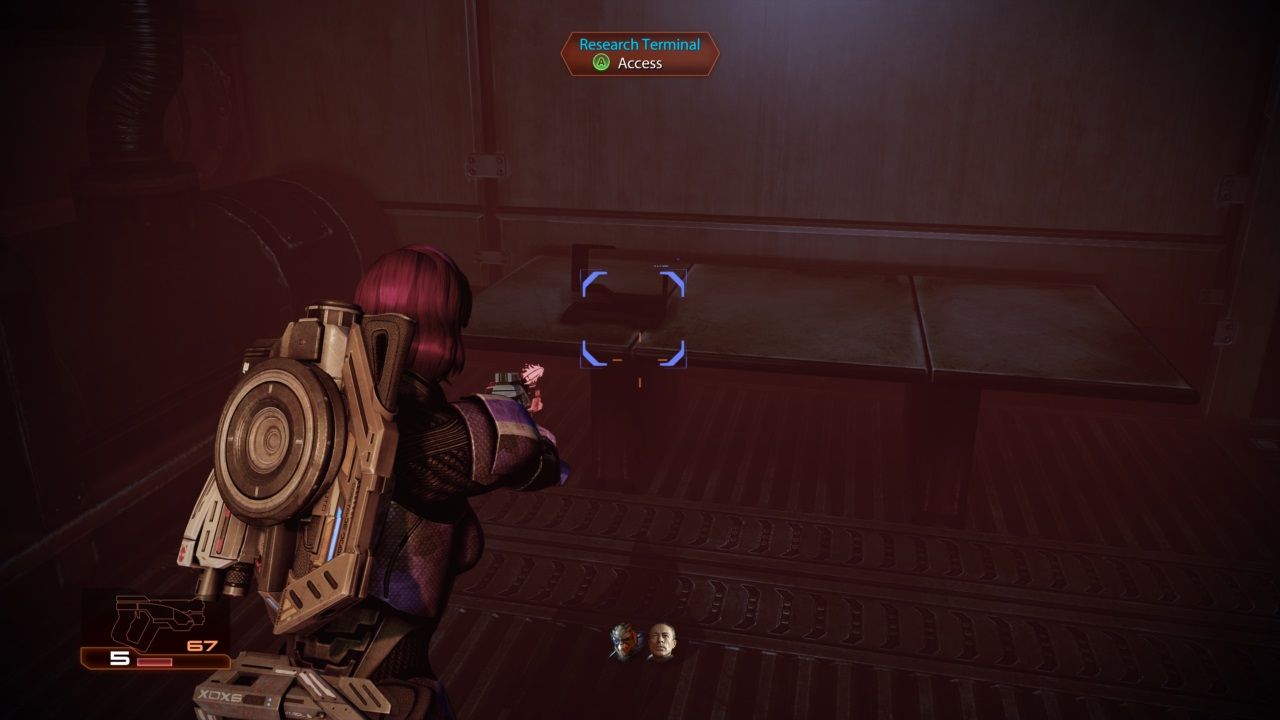 If you decide to go after Vido, you will ignore the poor refinery worker and head through the door in front of you. Continue through the next door inside and prepare to take cover. Take out the enemies and continue forwards. More enemies will appear, though handily, some of them will be taken out by the falling debris.

Go through the next door and salvage the Servos before continuing onwards. Access the Research Terminal on your left to get the Assault Rifle Damage upgrade and then take the door on your left. 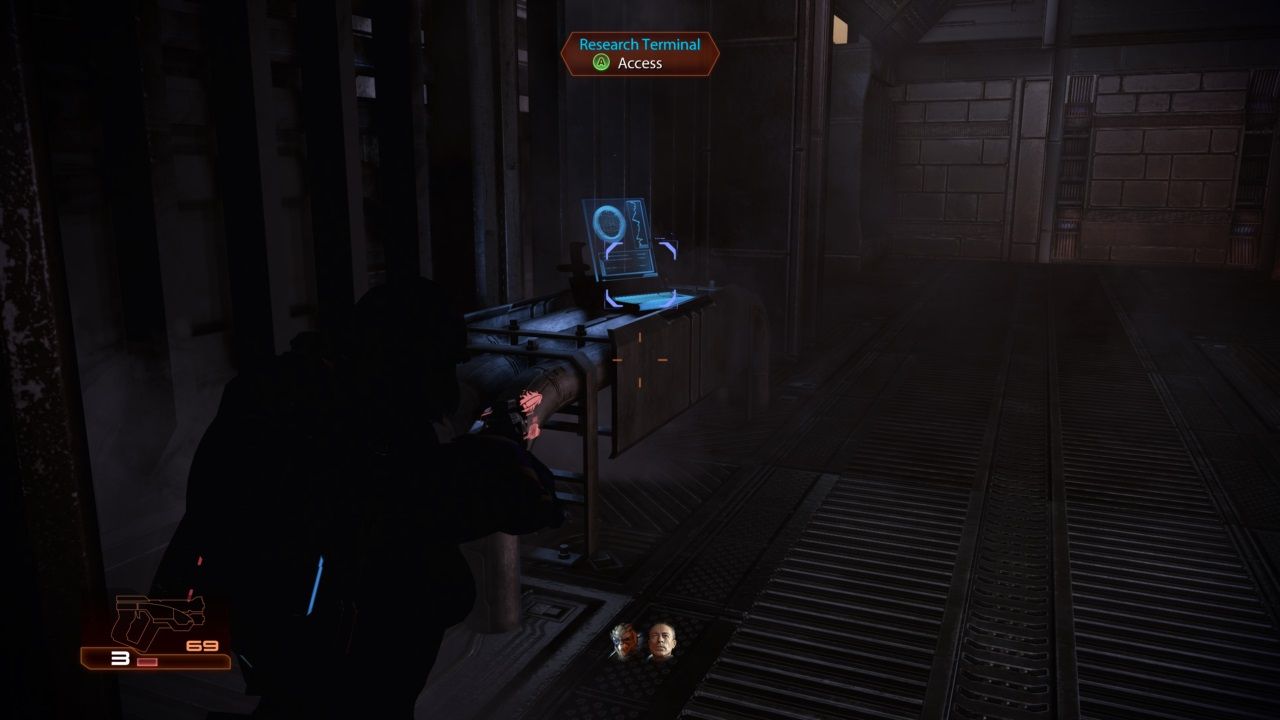 In the next room you’ll be facing more enemies, so take advantage of the cover and take them all out. Once they are all defeated, take the door on the far side of this platform and continue through into the next area.

Regardless of which path you took, you’ll find yourself in a room with a Refined Palladium on your left. Continue into the next area and grab the M-451 Firestorm that should be just in front of you. 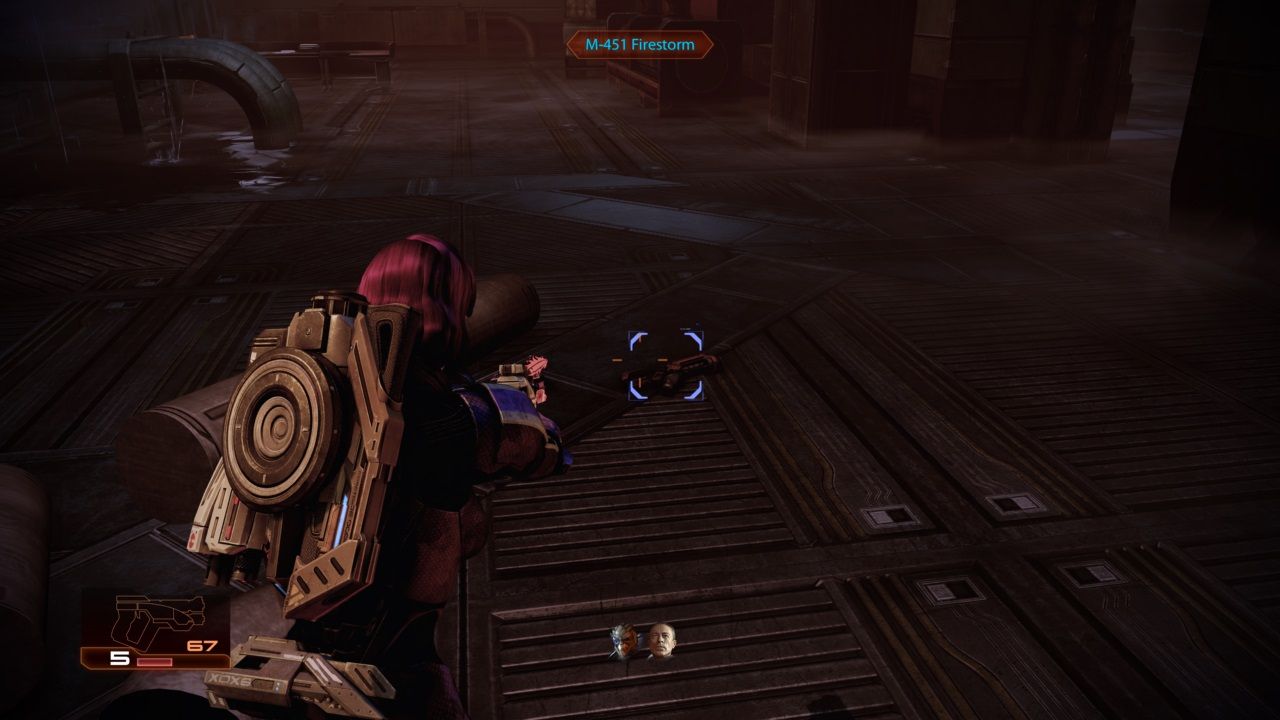 Head into the area on your right and salvage the Servos, then move towards the door. Before you enter, you can change out your weapons if you want to at the Weapons Locker, then grab the Power Cells on your right. When you’re ready, head through the door.

In the large area you find yourself in, you’ll be facing lots of Blue Suns including some problematic Pyros. Utilize the cover well and try and get your squadmates into good positions where they are not just sitting ducks. The Blue Suns will try to flank you, so be aware of this. Watch out for the fuel tanks that will begin to reign fire down on you — shoot them to take them out. 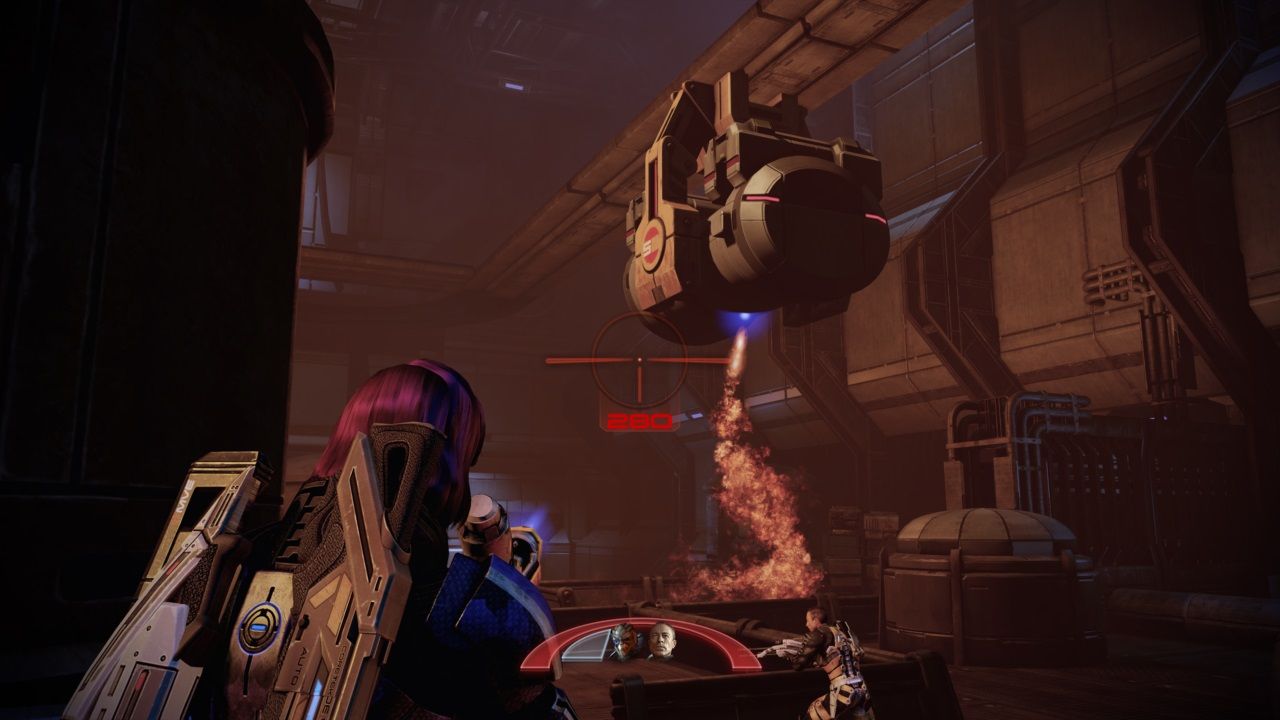 Once all of the Blue Suns are defeated, a YMIR Mech will start heading your way. Once this has been felled, grab the Med Kit and any ammo you need. Near the entrance of this room, there are two doors on your left and right leading to rooms that contain some Various Industrial Bits that you can salvage for credits.

Head further north in the large room, ignore the other two side doors as they contain nothing, and instead aim for the door at the very back across the bridge. Once through the door, one of two scenarios will happen based on your earlier choice. 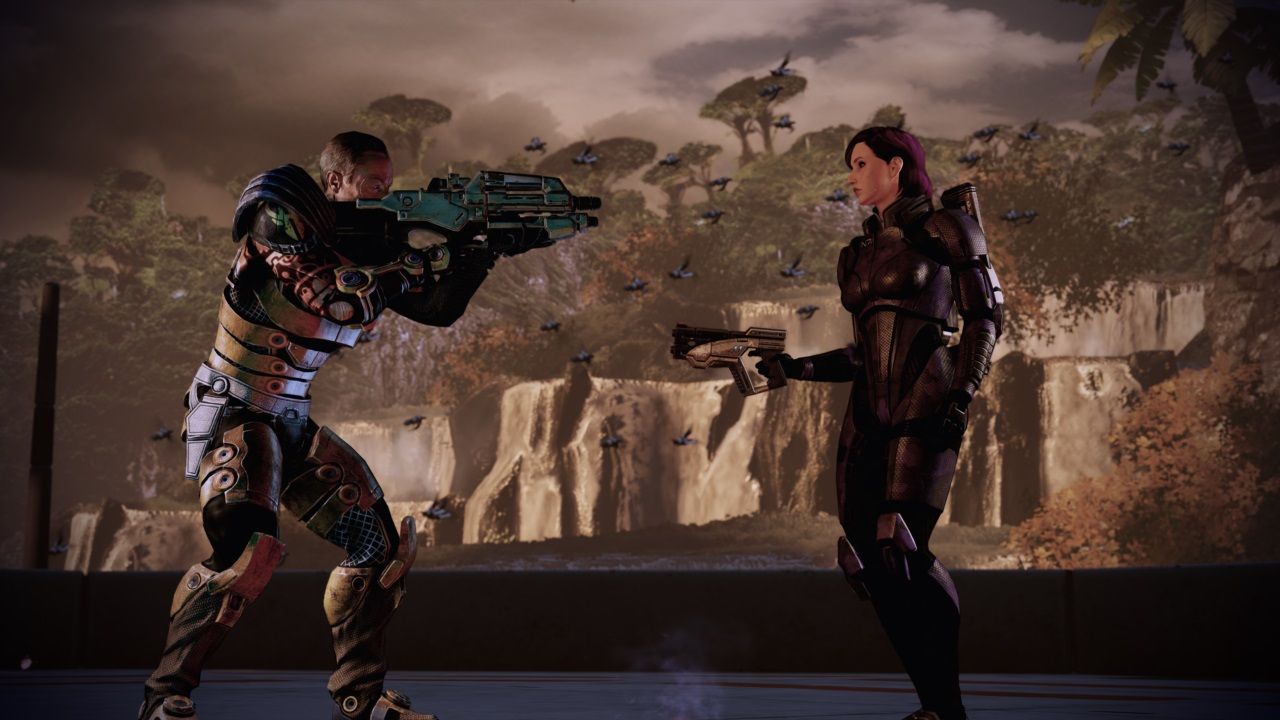 If you saved the refinery:

You arrive in time to see Vido escaping and Zaeed shoots the shuttle but only manages to kill one of Vido’s men. Zaeed’s heat sink falls into some oil and causes an explosion, which traps Zaeed beneath a metal beam.

You need to choose the “You brought this on yourself” option to ensure you secure Zaeed’s loyalty. 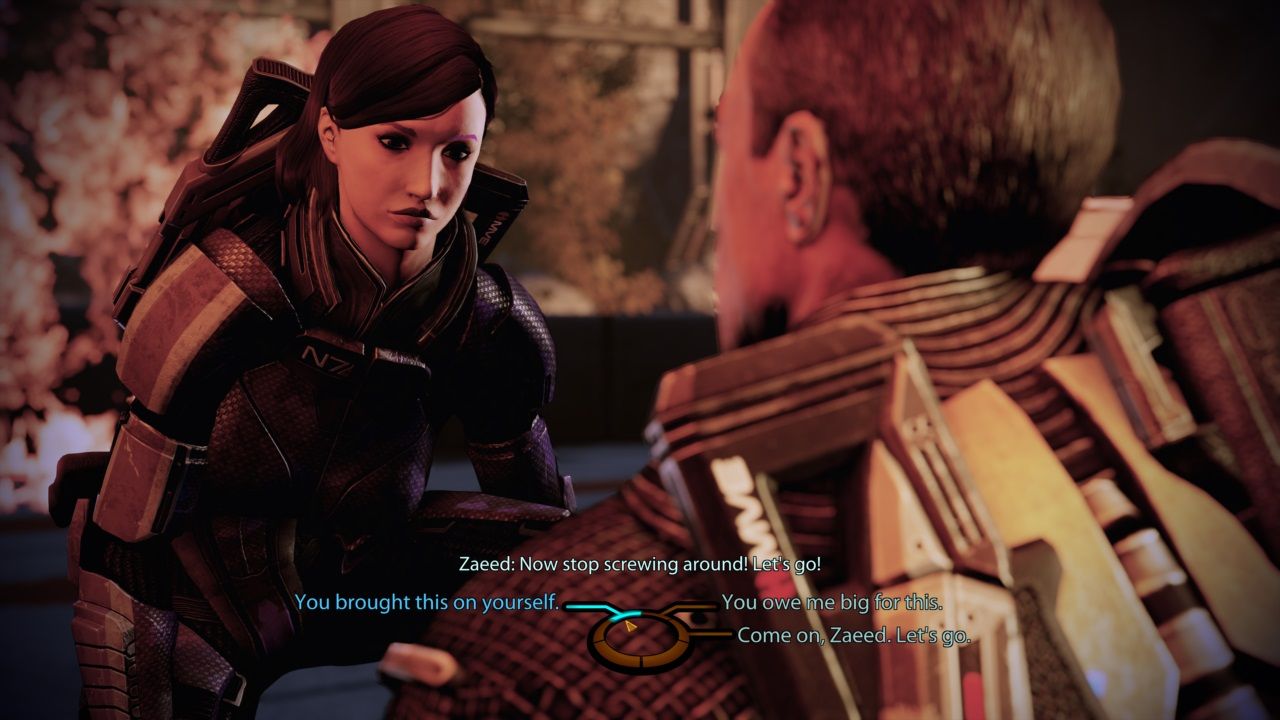 If you don’t have enough Paragon points to do this, you will save Zaeed but he will not be loyal to you. If you complete this after the Suicide Mission, you also have the option to leave him to die.

If you went after Vido:

You arrive in time to see Vido trying to get to the shuttle and Zaeed opens fire on him. Zaeed’s heat sink falls into the oil and it ignites, causing Vido to burn alive while Zaeed walks away unscathed. You earn Zaeed’s loyalty from choosing this route.

Completing Zaeed: The Price of Revenge earns you the Revenge! trophy/achievement.

If Zaeed survives the suicide mission and you earned his loyalty during The Price of Revenge, Zaeed will appear in the Mass Effect 3 mission Citadel: Volus Ambassador. Additionally, if you have enough Paragon/Renegade points, you can earn yourself two War Assets as well as obtain Zaeed as a War Asset.

Did Not Obtain Loyalty:

If Zaeed survives the suicide mission and you did not earn his loyalty during The Price of Revenge, Zaeed will still appear in the Mass Effect 3 mission Citadel: Volus Ambassador, but he will die during these events and you will only obtain one War Asset.

Fortnite Doomsday event: What time does the live event start in Fortnite in June?

ESA Dismisses Rumors That E3 Will Be A Paid Event

The Walking Dead: Saints & Sinners Will Get New Content

Sonic Mania Is Free With Movie Purchases On Xbox One, Including Sonic Movie And Detective Pikachu