Surviving against all others in Call of Duty: Warzone is no easy feat, and players will use every edge that they can to take the top spot. Unfortunately, players have found yet another way to exploit the use of self-revives for an unintended use, this time slowing the rate at which they die while in the gas.

As seen in a video posted by u/Unknow-Gamer on Reddit, using the self-revive can allow players to circumvent the gas, which breaks the spirit of the game by allowing players to disregard a key endgame collapse mechanic. Players in the forum report being among the final players in a game, only to discover that another player wins while being deep in the dangerous gas-filled areas. It is a frustrating discovery to be sure, and hopefully will be patched out soon. 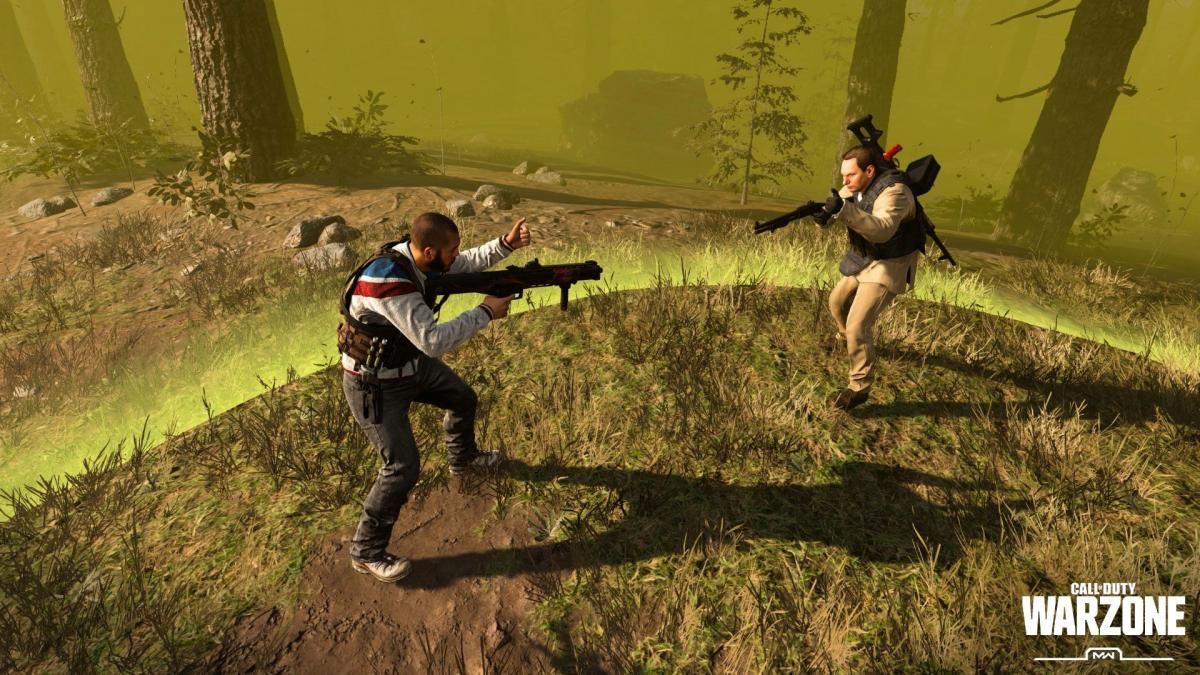 This is not the first self-revive exploit to be discovered in the game, only the most recent. Earlier in the year players were able to work in tandem, reviving each other inside the gas over and over again to claim victory, all the while players in the main circle would be confused and not understanding why there were no opponents in sight, and that they were losing in the end.

This was patched out in early March and announced in a tweet by Infinity Ward. Given that this exploit does something similar in spirit, we can be sure that it will be addressed in the near future.

Interestingly, this manner of exploit to circumvent the endgame collapse of a large-scale battle royale is not new to the genre. In Fortnite there have been several adjustments made with a similar problem in mind. Previously, players could sit in the storm but keep their health up through the use of large med kits, and with enough of these items they could outlast players legitimately attempting to finish the match in the small areas where the storm had not yet hit.

In that case, Epic Games moved quickly to patch the issue quickly, as it was a frustrating loss to experience. We hope Infinity Ward keeps an eye on these kind of exploits for a similar reason, as it only takes a few blatant exploits to make it feel as though one’s time would be better spend in a balanced game free of these issues, and it is further frustrating to see the problem originate in an item that was recently adjusted.