May your wallet be your guiding key because the first volume of the Kingdom Hearts 3 manga has released on North American shelves.

According to KH13, the book is available both physically and digitally. You can grab it at Amazon, Barnes & Noble, Indigo, Indiebound, and Rightstuf if you want the actual book in your hands for $13 USD, or you can download your copy Comixology, Amazon, Apple iBooks, Google Play, and Kobo for $6.99 USD.

This volume contains Sora’s latest adventures in the world of Olympus where he and Hercules must fight the formidable titans. Our spiky-haired hero is in this Greek world to find out how to get his power of waking back, as instructed by Master Yen Sid. Volume 1 covers Chapter 0 to Chapter 8 of the manga series. If you want to be up to date and don’t mind each chapter being separately sold to you on digital storefronts, the manga is currently at its 13th installment. 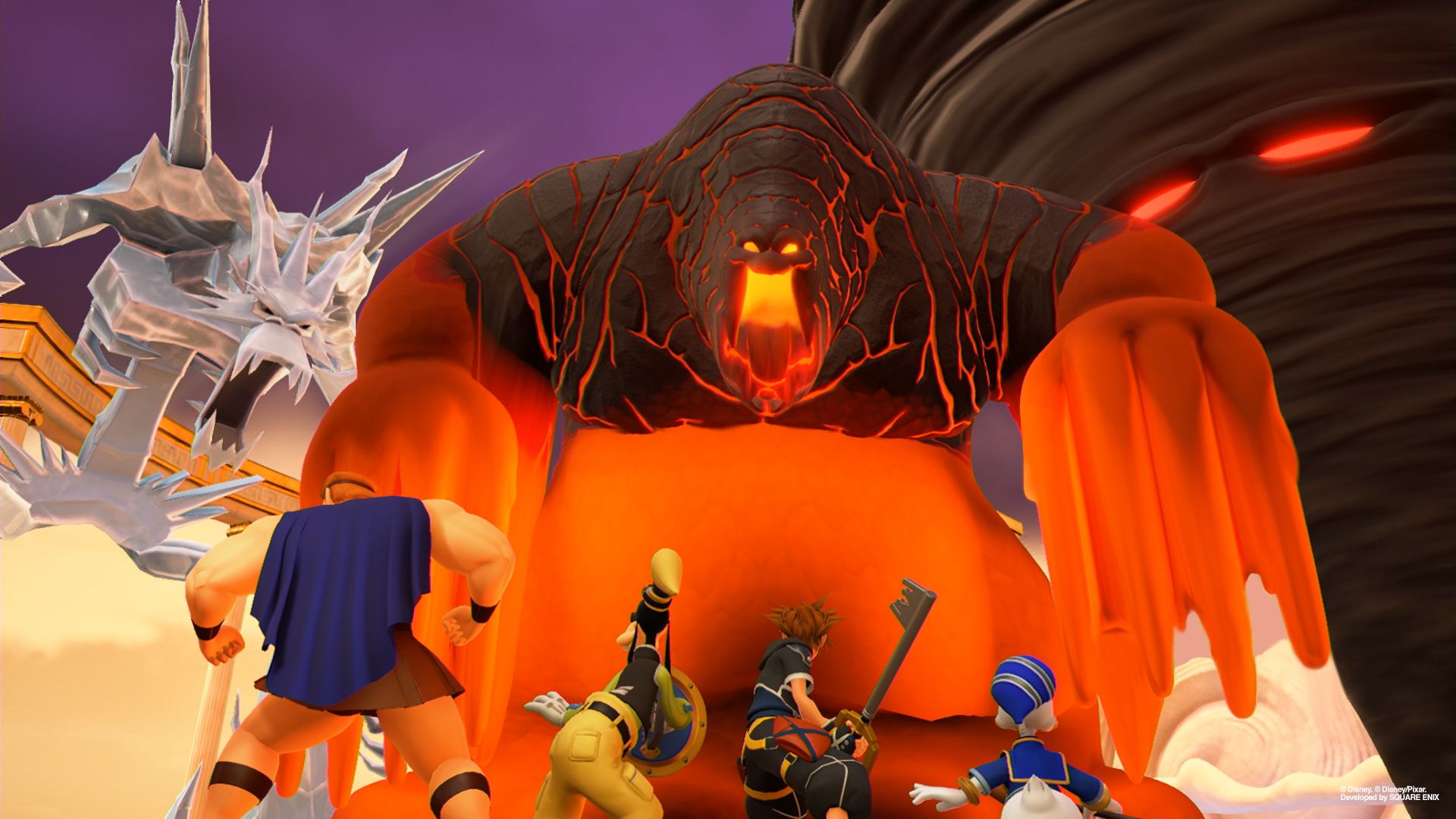 Shiro Amano has once again returned to draw the manga adaptation. She is the mangaka who has been there since the very beginning with KH1’s interpretation back in 2003. While the book seems to be a straight adaptation of the game, there has been in the past some added dialogue and context not found in the original titles. Kingdom Hearts fans love to get every last morsel of lore they can get, and the manga can provide that.

Amano’s work is amazing as she is able to successfully stride the artistic line between Disney and Final Fantasy. However, she isn’t the only one who can replicate that signature Kingdom Hearts style. A fan by the name of Hollypollly created a legit-looking Kingdom Hearts 4 cover that shows the premise that Melody of Memory left players with. The black outlines of the faces match series director Tetsuya Nomura’s artwork almost perfectly.

Unfortunately, that might be the only Kingdom Hearts 4 related project we’ll see for a while. There are currently no plans for Square Enix to release a new Kingdom Hearts title on new-gen systems, but Nomura did point out that he has plans for the 20th anniversary of the series in 2022. He also mentioned that he’d like to change the format and establish a new story with a future title.

Dead By Daylight: How To Stay Away From The Killer On The Map