While 4K resolution and HDR color are hardly new inventions, I wasn’t sold on them in the past generation. Be it because 4K displays were too expensive or HDR wasn’t really expressive enough, it took the recent release of Resident Evil Village to show me how substantial an improvement HDR can make to a game.

In the lead up to Village’s release, I mostly avoided trailers and previews as I was pretty much interested from the get-go. Resident Evil 7 was a great return to form for the series and Capcom’s string of hit releases since then have built up a trust with me. The company has been putting out some of its best games in decades, so I figured Village would be a safe bet.

Last month, my friend and I tried out that graphical test demo on PS5, and I was pretty impressed with the emphasis put on puzzle solving. Sure, the puzzles were rudimentary, but I liked how this game world was begging you to explore it instead of blast through at a breakneck pace. It got me more excited for the final product as I previously thought it was simply going to repeat RE7’s design. 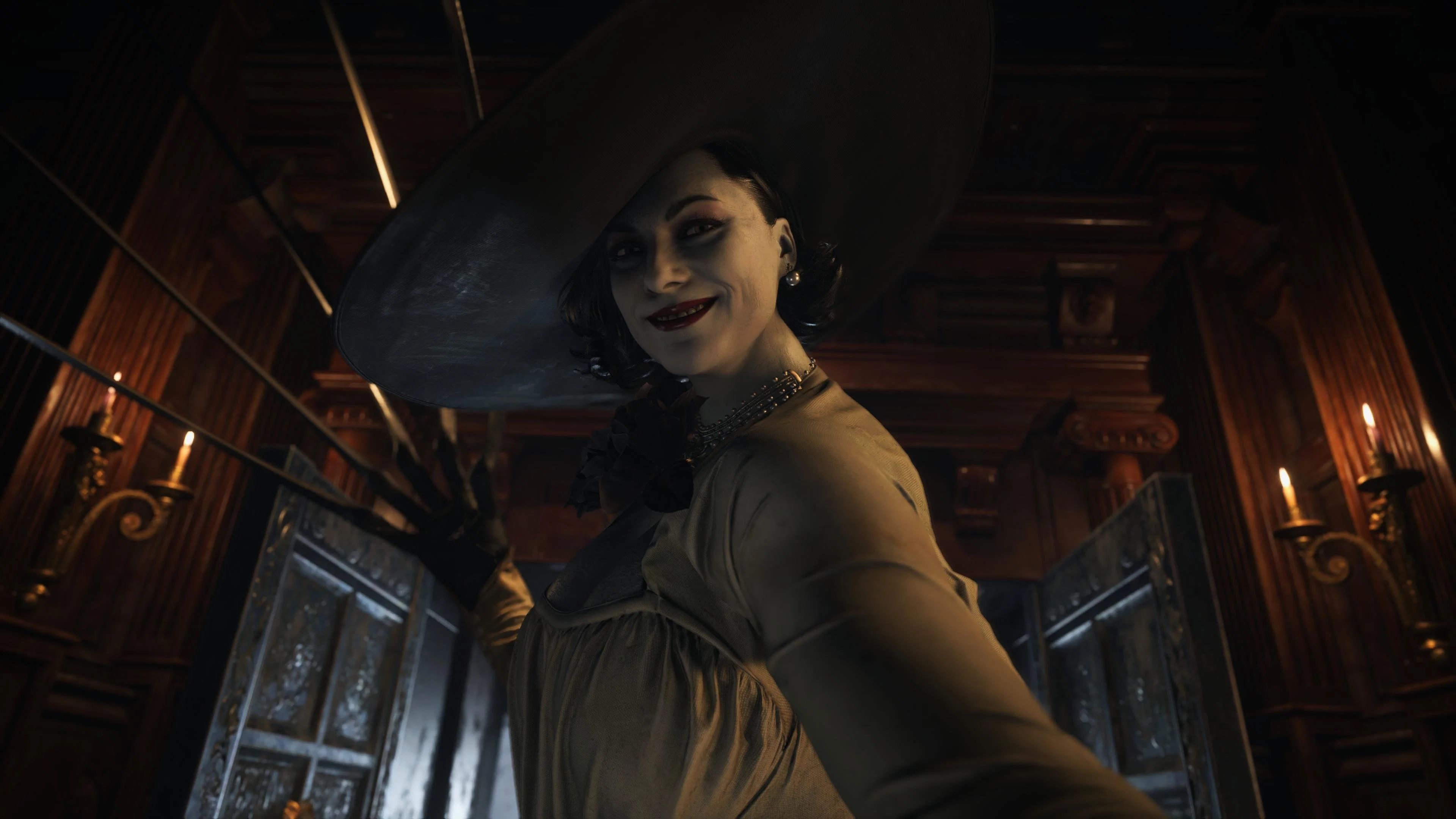 So, with no real idea of what Village looked like beyond the demo, I went over to my friend’s house the day after release and watched him play a few hours. Since he’s something of a tech enthusiast, we put the game on his 65-inch LG CX OLED and I was completely blown away. These visuals were on another level and it was absurd watching the game run at 120 fps on PC. It looked like a CG film. I couldn’t get over the color depth and how smoothly everything animated. I was dying to get some hands-on time with the game later.

Through the majesty that is Steam family sharing, I downloaded Village to my PC and eagerly awaited jumping in. While I understood that my lack of a 4K display would prevent the visuals from being as crisp on my machine, I didn’t realize how much HDR had done to sell Capcom’s work. After I configured everything and began my playthrough, I was greeted by a wave of disappointment.

Nothing on my end looked anywhere close to my friend’s TV. The colors were very flat and drab and it was often hard to make out distant details. Again, I knew going from 4K to 1080p would result in less obvious detail being present, but the colors on my basic monitor failed to sell the dilapidated and frightening atmosphere that Village has. It just looked like Resident Evil 7 Redux or something that could have been released half a decade ago. 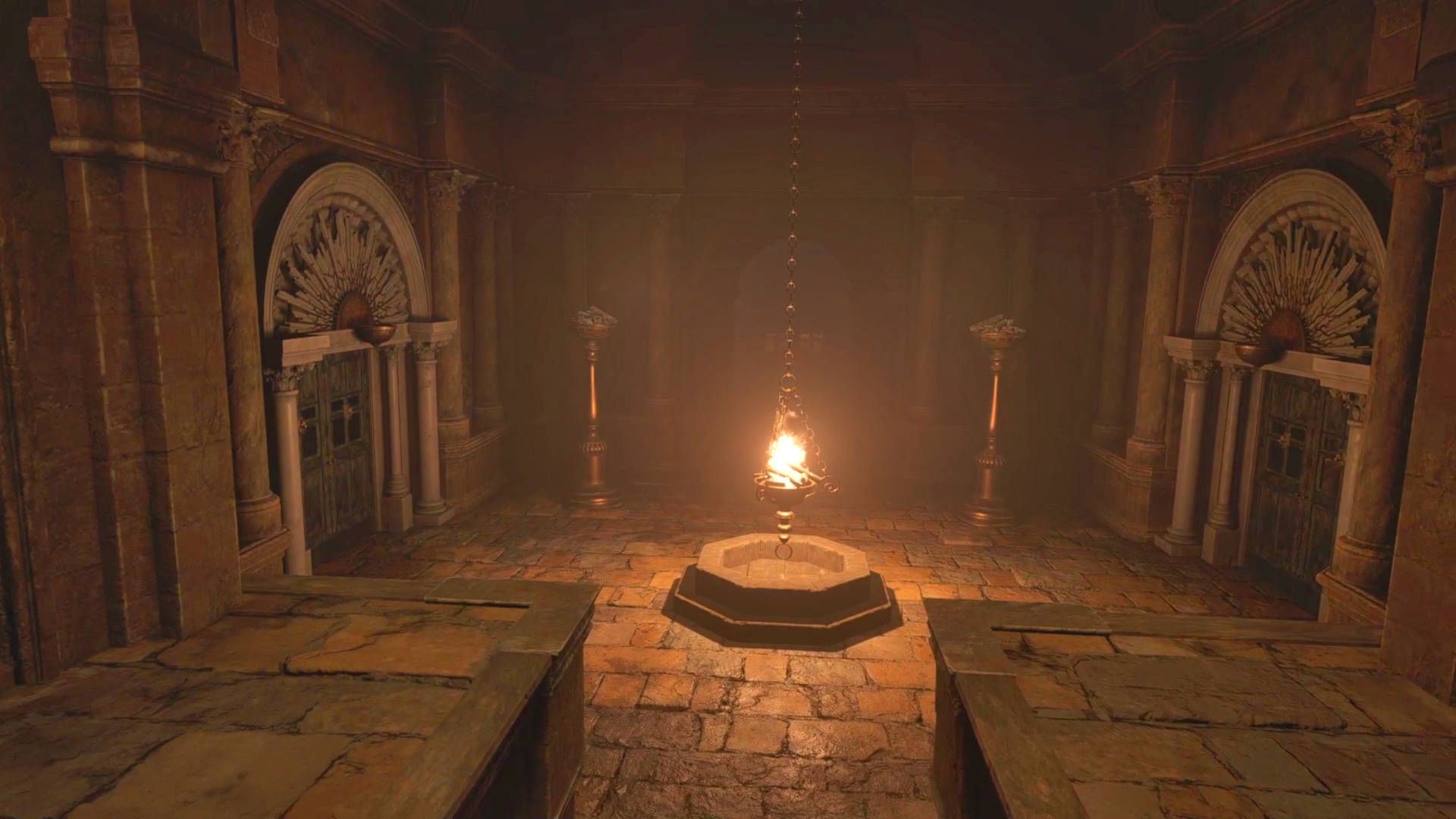 I was still having a good time shooting Lycans and digging through Castle Dimitrescu, but Village just wasn’t gripping me. I couldn’t shake the feeling that my monitor was preventing the real beauty of everything from shining through. So, I did something that any reasonable person would: I invested in a 4K monitor with HDR support.

I went completely overboard in this regard and grabbed a 43-inch monstrosity, but the boost in clarity and the added depth of color recreated the same sensation I had at my friend’s house. Resident Evil Village now convincingly looked brutal, scary, and obscenely detailed. It was shocking how much more immersed I was getting into this setting, picking out minute treasures in the distance and being able to accurately hit targets in a crowd. You can attribute some of that to the boost in resolution, but HDR really is a game-changer.

Without the proper setup, any pictures I post won’t really sell this to you. Your monitor will tone map everything to SDR color and you’ll see an image similar to the drab setting I experienced originally. I can explain a scenario to you that might get the idea across. Imagine you’re being surrounded by Lycans in the village center and are trying to prioritize targets. With HDR, you’ll see a distant glare from a Lycan holding a flaming arrow. In SDR he’s still noticeable, but the flames don’t create as bright of a glow and it can get lost in the shuffle of dim hues. With HDR, he sticks out immediately and his light often sears your eyes. It’s far easier to pick out that distant threat when you aren’t fighting to discern details. 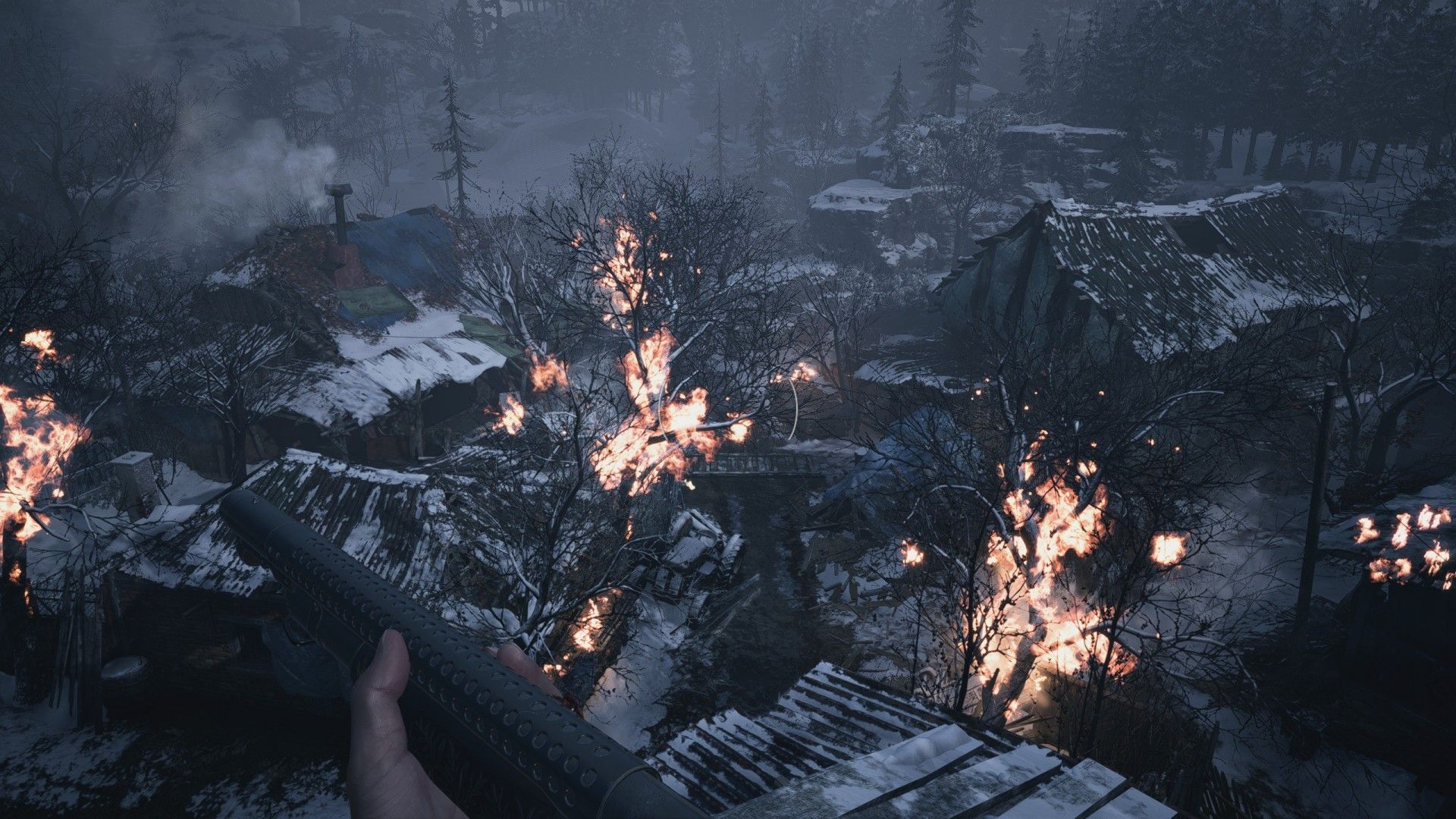 HDR does this with pretty much everything when implemented correctly. Those gleaming lights from hidden treasures? The peak brightness of HDR allows them to stand out more clearly in a dark room. The bright red spot on a Soldat’s chest? You can see it even in the most chaotic of situations. Hell, the reverse is even true in that dark scenes appear even darker due to the higher contrast ratio.

I don’t write this to say you should throw away your current TV and get an HDR display. Money is tight all around and not everyone can afford a beastly display just to play video games. If you’ve found yourself slightly disappointed in the visual upgrade from Sony and Microsoft’s new machines, though, HDR might just be the thing to change your mind. It’s true that this also exists on PS4 and Xbox One, but next-gen technology has finally given it the boost it needs to be truly substantial.

After playing Village in a dark room and having my retinas burned by overwhelming brightness, I don’t think I can go back to a regular display. The extra depth provided by HDR is something that can transform an otherwise average-looking game into something exceptional. I’m eager to see what a cel-shaded game will look like with this tech. Thanks to Resident Evil Village, I’m completely sold on it.

Next Hearthstone Expansion, Forged In The Barrens, Announced At BlizzConline

Call Of Duty: Warzone brings back Trios after fan backlash