The Deathslinger is Dead by Daylight’s newest killer, and has become a staple character that is seeing a good amount of play at all ranks. Like all killers, there are a few specific tips and best practices that players can use to dominate a group of survivors. Thanks to the character’s innovative design, there are various ways to play the new killer.

Does Size Matter? Only When It Comes To Terror Radius

For starters, The Deathslinger’s Terror Radius is smaller than the average killer. Instead of 32 meters, survivors will only hear the heartbeat once they are within 24 meters of the killer. This allows for a level of stealth that is not afforded to other killers and gives survivors less time to react. One way to exploit this is to use the perk Nurse’s Calling with Monitor & Abuse. This will reduce The Deathslinger’s Terror Radius even further to 16 meters, while able to see survivors who are healing at 24 meters (Tier II). 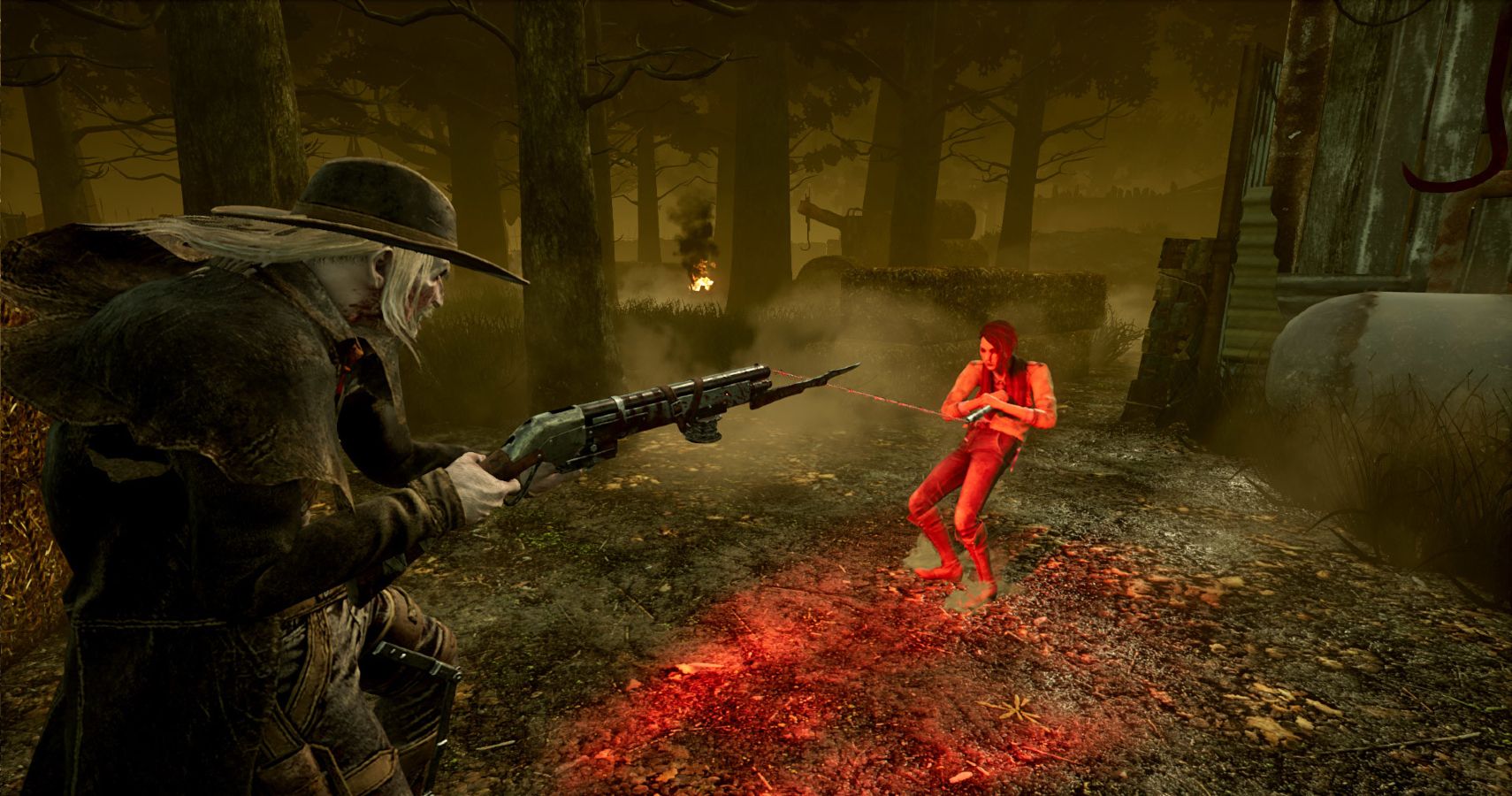 Most important of all is that the Redeemer affords The Deathslinger with a unique opportunity that no other killers have outside of perhaps The Nurse thanks to her ability to teleport, which is to end chases quickly and efficiently. Once players begin to climb in ranks, it is reasonable to expect survivors to be far better at looping to drag out chases, but the Redeemer can shut that down in no time.

Vaulting Through A Window Won’t Save Survivors

Part of looping is knowing how to effectively use certain tile sets to keep a killer busy, but the Redeemer can instantly fire and pull in a pesky player who loves to run. Best of all, windows won’t save them. When a survivor vaults a window, fire the Redeemer and reel them in. Once they are at the window, an M1 attack will hit them even though the two of you are on opposite sides.

Strategy 2: Being A Sloppy Butcher

Another option that is effective is to move quickly between gens and, thanks to your small Terror Radius, fire quickly and often to land that first M1 hit with the Sloppy Butcher perk. Injuring enough survivors, particularly at lower ranks, will force an unorganized team to waste tremendous amounts of time healing the Deep Wound effect, which must be dealt with, and then back to full health at a slower rate thanks to the perk. Which style of play one chooses depends largely on preference and the map in which a match is happening. Some maps will make for excellent chases and easy shots, while others will be difficult to land anything but close-up shots.

Shooting From A Distance Requires Players To Lead Off Their Shots

The Redeemer is not a hit scan weapon, but rather a projectile that travels at 40m/s up to a maximum range of 18 meters away, which is the same speed as a fully charged Hatchet from The Huntress. Like that killer, The Deathslinger benefits from leading off their shots slightly if the survivor is moving from side to side. Practice is the only way to improve, but it does not take long to develop a good feel for the weapon. 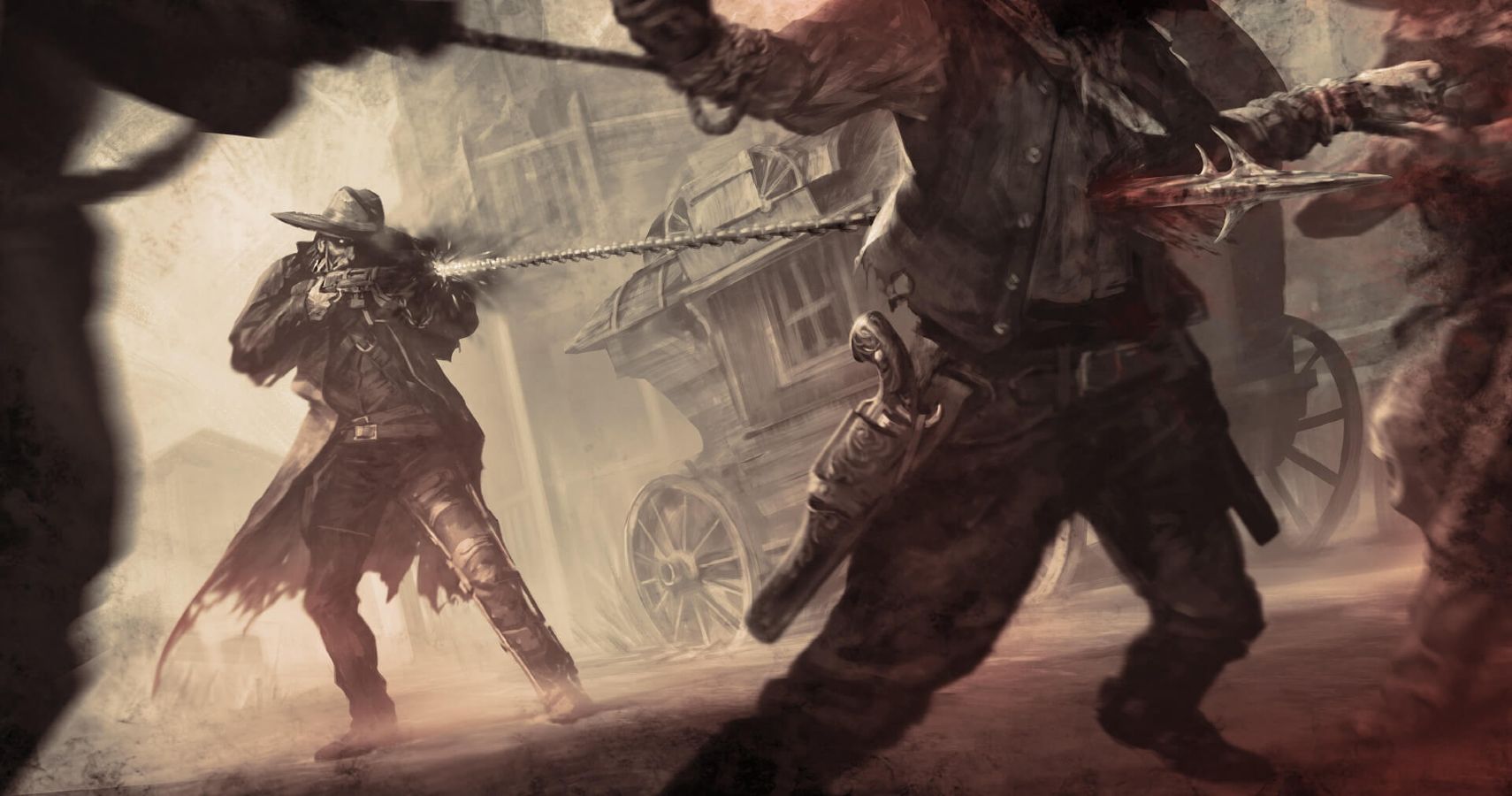 Perks That Synergize With The Deathslinger

Sloppy Butcher, Nurse’s Calling, and Monitor & Abuse have already been mentioned above, but the following can be a great help in keeping up the pressure: Barbecue & Chilli, Discordance, Corrupt Intervention, Thanatophobia, No One Escapes Death, Devour Hope, Surveillance, and Save The Best For Last.

Of course, perks and load outs are dependent on what is available, since not everyone will have a million Blood Points lying around to level up the character. The common theme among these perks is to apply constant pressure and delay the game, two things that are necessary for The Deathslinger given his relative lack of mobility.

A Guide For All Ranks

When we speak of the potential for The Deathslinger to be an effective killer, we do so while thinking broadly of rank. Rank 1 and Rank 16 are two entirely different worlds when considering disorganized solo players and four-person Survive With Friends (SWF) teams. Ultimately, the skill of the opposing players will affect how well these strategies work, but beyond putting constant pressure on survivors, it can simply be a fun time shooting pesky looping survivors and reeling them in for a quick hit.

How to Make Retirement Easy Within Your Small Business

Some of Deadly Premonition 2’s transphobic content patched out, but problems remain

A Long Lost Superman Game For PS1 Has Been Released