Doom 64 is a rather unique entry in the Doom franchise. Released back when 3D graphics were starting to become big, many gamers overlooked it for being “dated” and “last-generation.” That’s a grave injustice for how solid the actual campaign is. Who can say no to more Doom?

Well, now nobody has to say no. Bethesda is finally releasing this mistreated gem on modern platforms and everyone is able to experience this 90s classic. It may not reinvent the wheel from what id Software started, but it provides a genuinely creepy and spooky update to a series that always skirted the line between horror and action.

The first thing you should know about Doom 64 is that it isn’t just a weird port to Nintendo’s console. The name is probably one reason that it “flopped” on Nintendo’s 64-bit console. A lot of people may have assumed this was the original Doom with a really terrible controller, so it skipped over it. Instead, what we have is a brand new campaign that follows the mold of Doom 2. 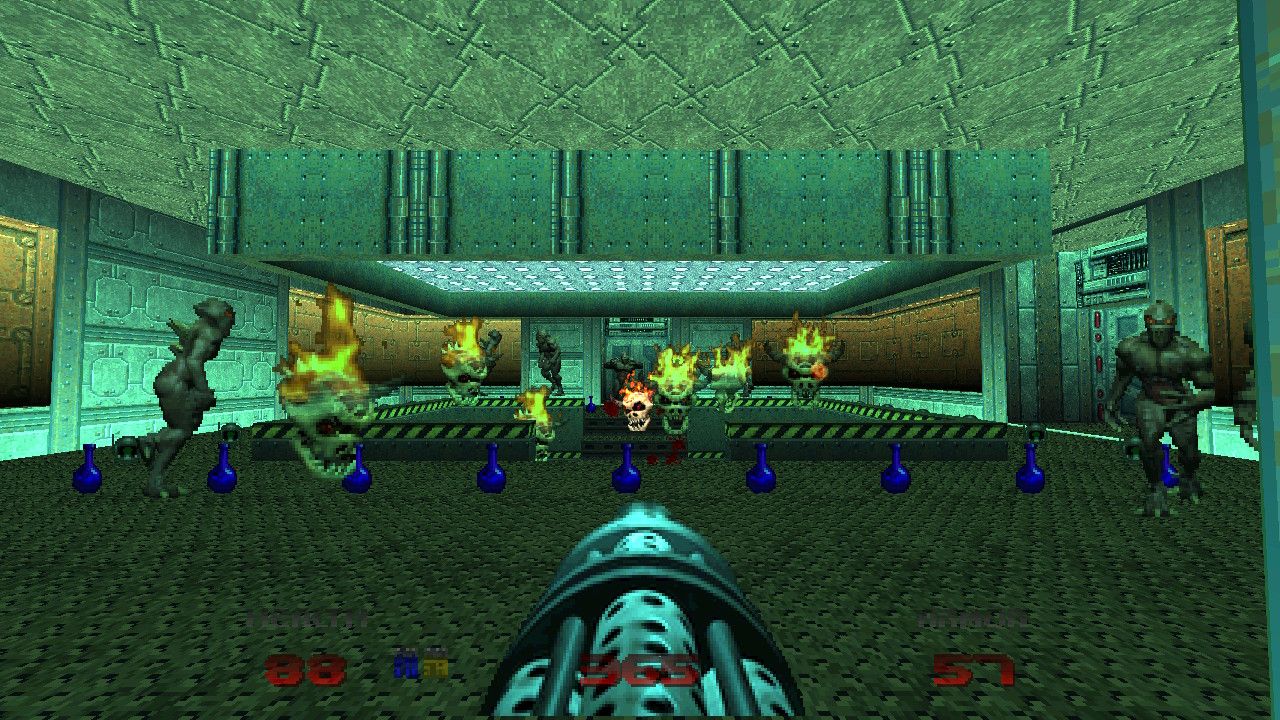 There are some cuts in the monster roster and everything looks completely different, but Doom 64 very much plays like classic Doom. You have the same weapon line-up (plus a bonus gun called the Unmaker), the same power-ups, and all of the levels use some kind of faked 3D effect. The engine that powers Doom 64 -the original, not this remaster- did allow for much more complex level layouts, but you won’t be aiming up and down or anything like that.

No, this is a good, old fashioned early 90s shooter… just that it happened to release in 1997. What fans really loved about Doom 64 was its aesthetic changes from the id Software classics. Instead of using bright colors and MIDI versions of heavy metal riffs, 64 swaps everything for an almost digitized look that is accompanied by a dark atmosphere and creepy sound design. The mastermind that is Aubrey Hodges worked on the sound here and his transformation of the classic Doom monsters into the monstrosities they are is magnificent.

The textures, too, are just brilliant. The game almost looks like Quake in some spots, save for the obviously sprite-based monsters. Still, the animations are nice (if a bit limited because of the N64’s cartridge constraints), the guns look suitably badass, and the flow of combat is everything you could want out of Doom. 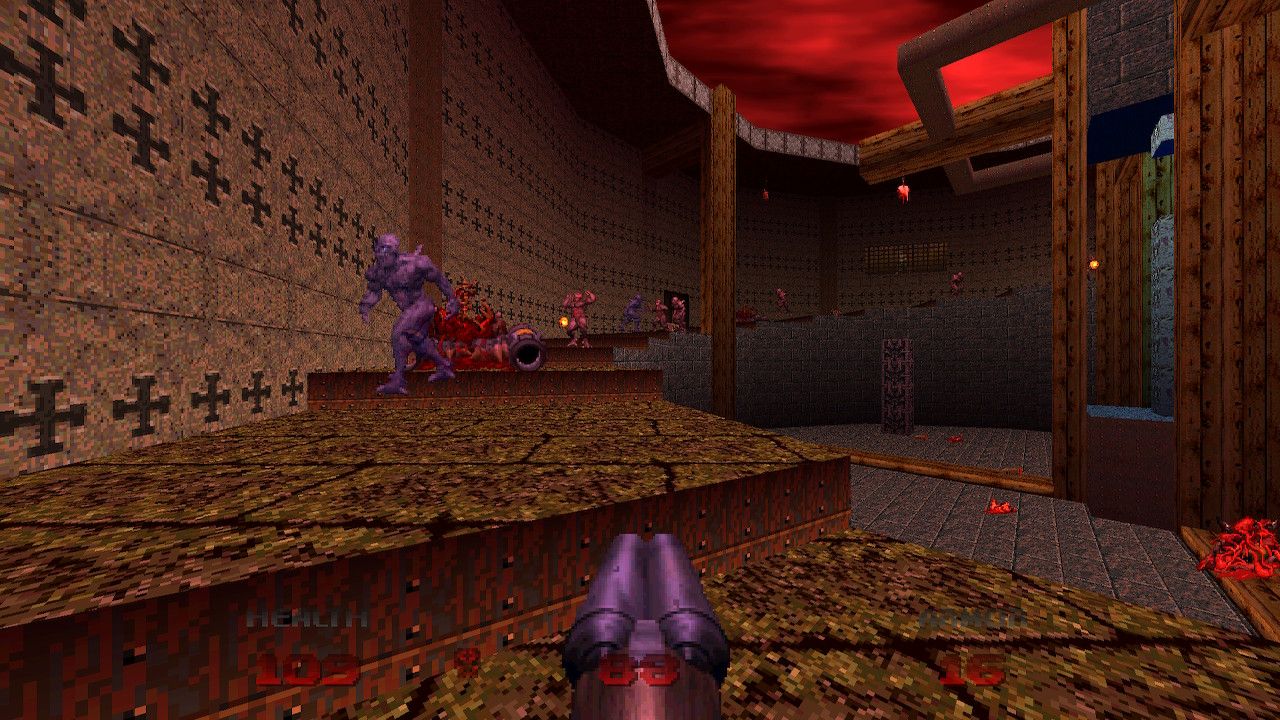 While Doom 64 isn’t as influential to the gaming industry as the original was, in a modern context, its level designs are vastly superior. Nothing is ever going to top the first episode of Doom, but Doom 64 kicks the crap out of the rest of both Doom and Doom 2. Some of the theming is a little too similar and certain ideas get repeated, but there are very few “bad” levels here. Most everything tinkers with new ideas and avoids the typical labyrinthine layouts that shooters of this era had.

The way secrets are handled, too, is pretty awesome. Instead of simply finding an exit and teleporting to a new level, you’ll need to solve mini-puzzles and performs actions in a specific sequence to unlock them. This will probably fly over the head of first-time players, but the extra depth that Doom 64 has is just wonderful to play. Even after five playthroughs over the last 23 years, I still enjoy coming back to this gem.

This new port also makes it incredibly hard to not want to keep playing. As with the rest of Nightdive Studios’ work, Doom 64 is an absolutely incredible remaster. The graphics now have different options for filtering and there’s the obligatory widescreen support thrown in. Where this starts to go above and beyond is with all of the PC-like options available. 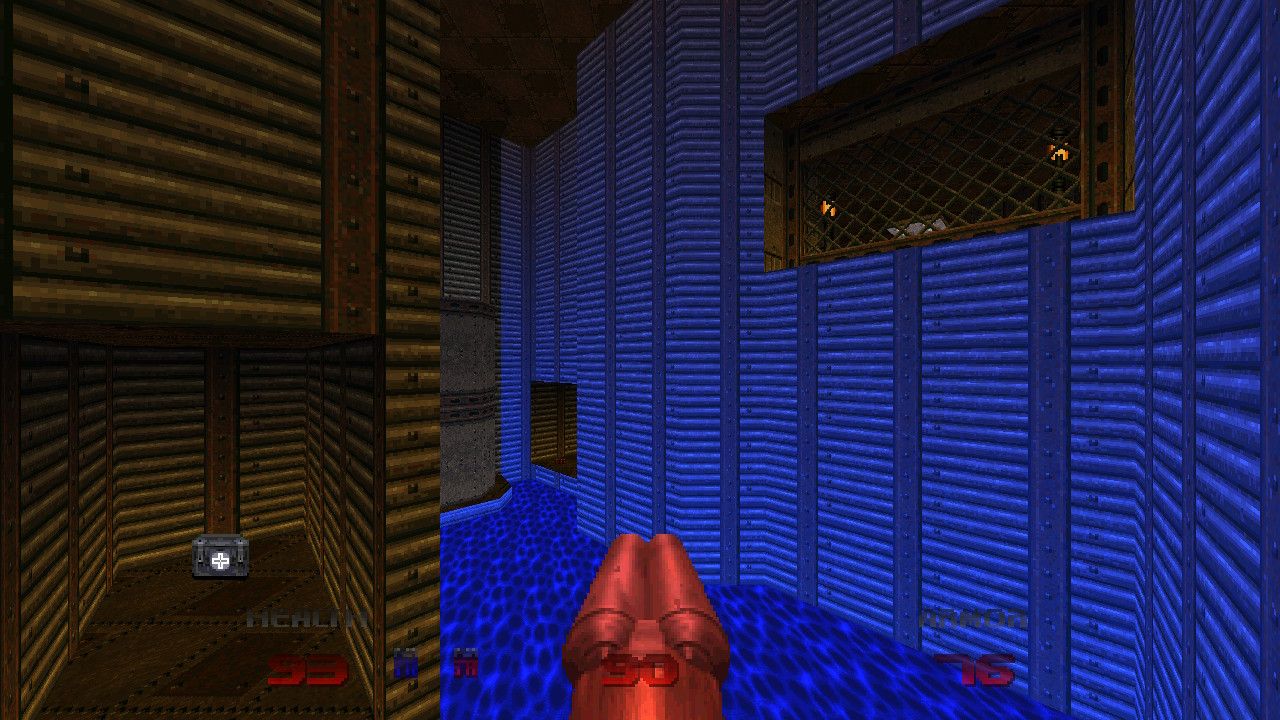 Do you think the field of view is too low? You can change that. Do you feel your aiming is too slow? There are dead zone tweaks for both joysticks. Do you remember using cheats as a kid? You can input some of those and become a literal god. Doom 64 even retains the ability to fully rebind controls from its N64 inspiration.

My favorite option is probably how you can bind quicksave and quickload to their own dedicated buttons. Without even pausing the game, you can make snap saves that give you some breathing room in harder segments. It’s the kind of stuff I really wasn’t expecting when I booted this up on my Switch. I knew there would be quality-of-life improvements, but the work here is just… MMMM! How does one type “chef kiss” in a review?

The one downside would be that selecting weapons is a bit tricky on a gamepad. There’s no weapon wheel or even icons telling you where you’re scrolling. You also cannot bind buttons to specific weapons, so it can become aggravating when you’re trying to go for the BFG or super shotgun. Still, that’s a small annoyance for what is generally an amazing port. 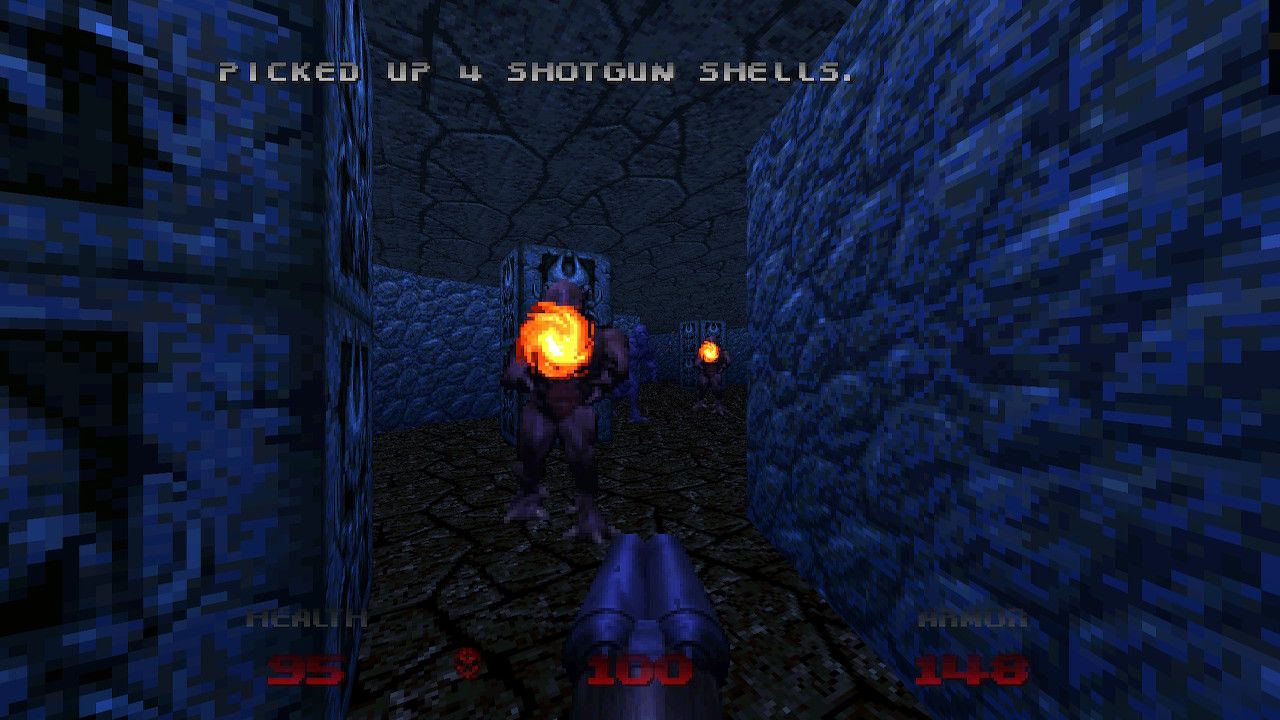 If just generally making Doom 64 feel better wasn’t enough, a new short campaign is included in this remaster. Called “The Lost Levels,” they feature more of the creative and spooky designs that the main campaign contained. They aren’t much more challenging than the base game, but then Doom 64 can be tough for newcomers. At least you’re not using the abomination that is the N64 controller to play it.

So apart from some slowdown on the Switch version and a handful of levels that are more annoying than fun, there’s really no reason to pass on Doom 64. A lot of different factors contributed to it being lost in the shuffle in the late 90s, chief among them its place on Nintendo’s home console. The N64 wasn’t a massive success, so Doom 64 was almost fated to fail.

Thankfully, we live in a good world and Bethesda is letting people experience this twisted and dark take on id Software’s work. If you’ve never played this before, let the $5 price tag be all the inspiration you need.

A Switch version of Doom 64 was purchased by TheGamer for this review. Doom 64 is available for PC, PS4, Xbox One, Switch, and N64.